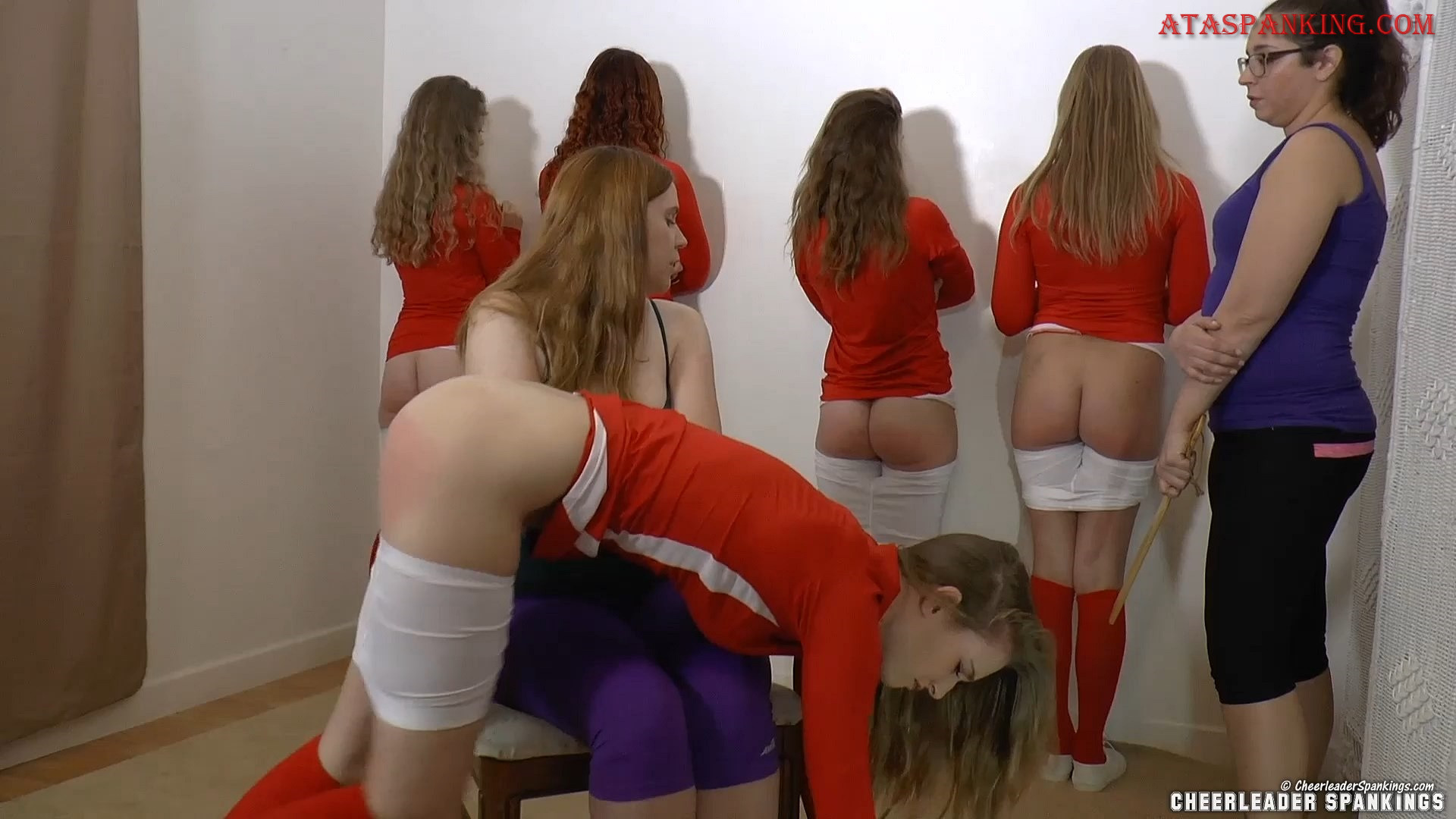 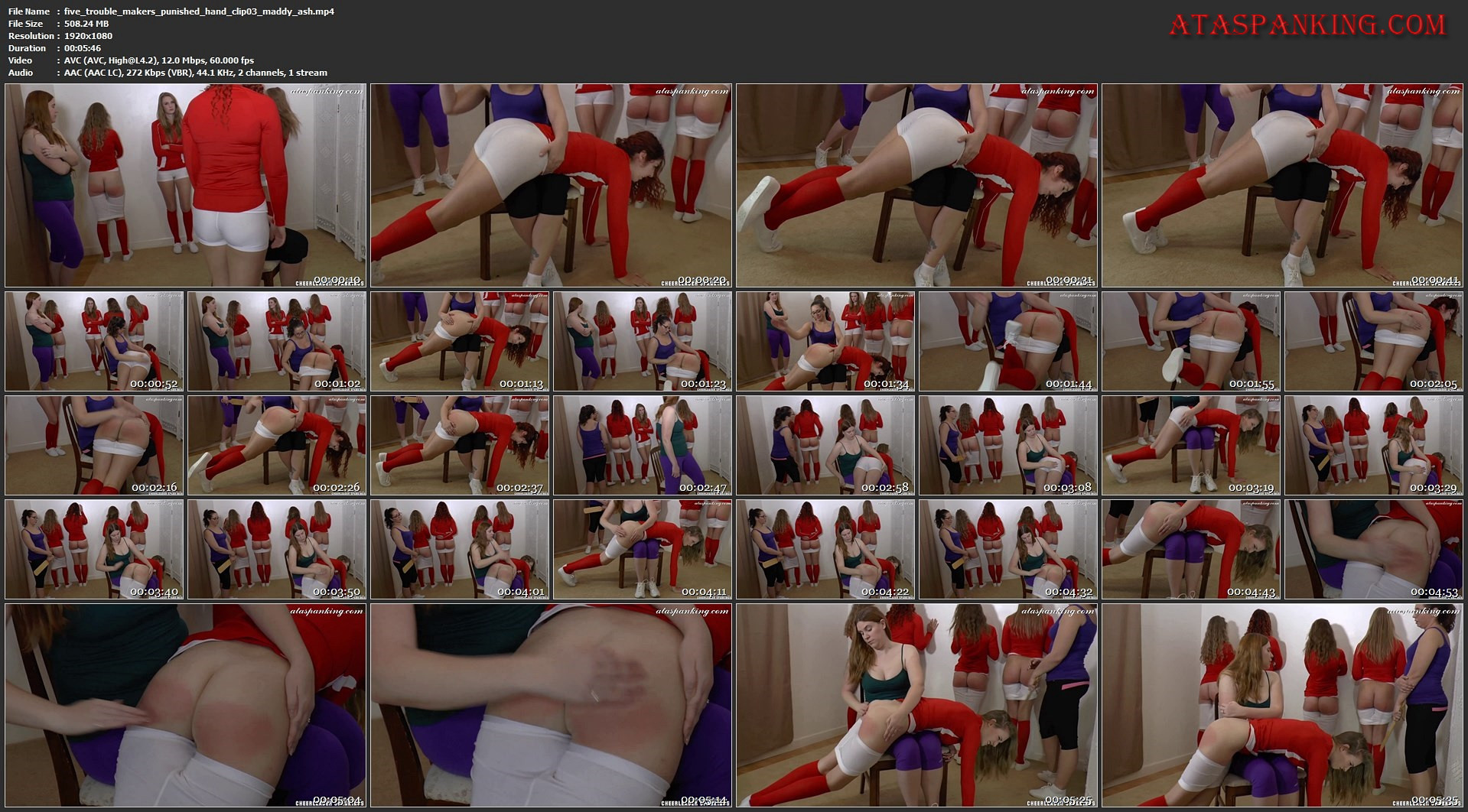 Five volleyball girls get into deep trouble with their two team coaches. They are the absolute worst behaved girls in the entire squad structure and a few of these young madams think they are indispensible to the team. How wrong they are! Their poor behavior is inexcusable; fighting, sabotage of rival teams sports outfits, bullying, turning up late for practice and not playing to their best abilities… the list goes on and on. These five girls think it’s all one big joke! Well, they are in for a big surprise as both Coach Alex Reynolds and Adriana Evans decide that all of them will receive hard hand spankings.

Not only that but all the spankings will be carried out in front of each other and over the lap of each coach with their bare, jiggling bottoms on full display. This is most humiliating and for some girls it’s also highly embarrassing. This is the discipline they should have had an age ago and it shows! Watch their bottoms turn red with shame as both coaches punish each of the girls in turn. The Five are: Apricot Pitts, Misty Lovelace, Maddy Marks, Ashley Lane and Veronica Weston. In part two of this long discipline film… the Five will also receive multiple swats of a stiff wooden paddle from each coach! 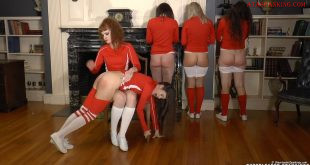 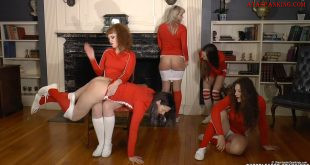 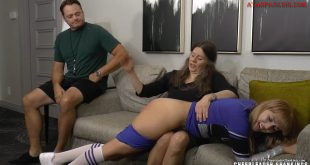