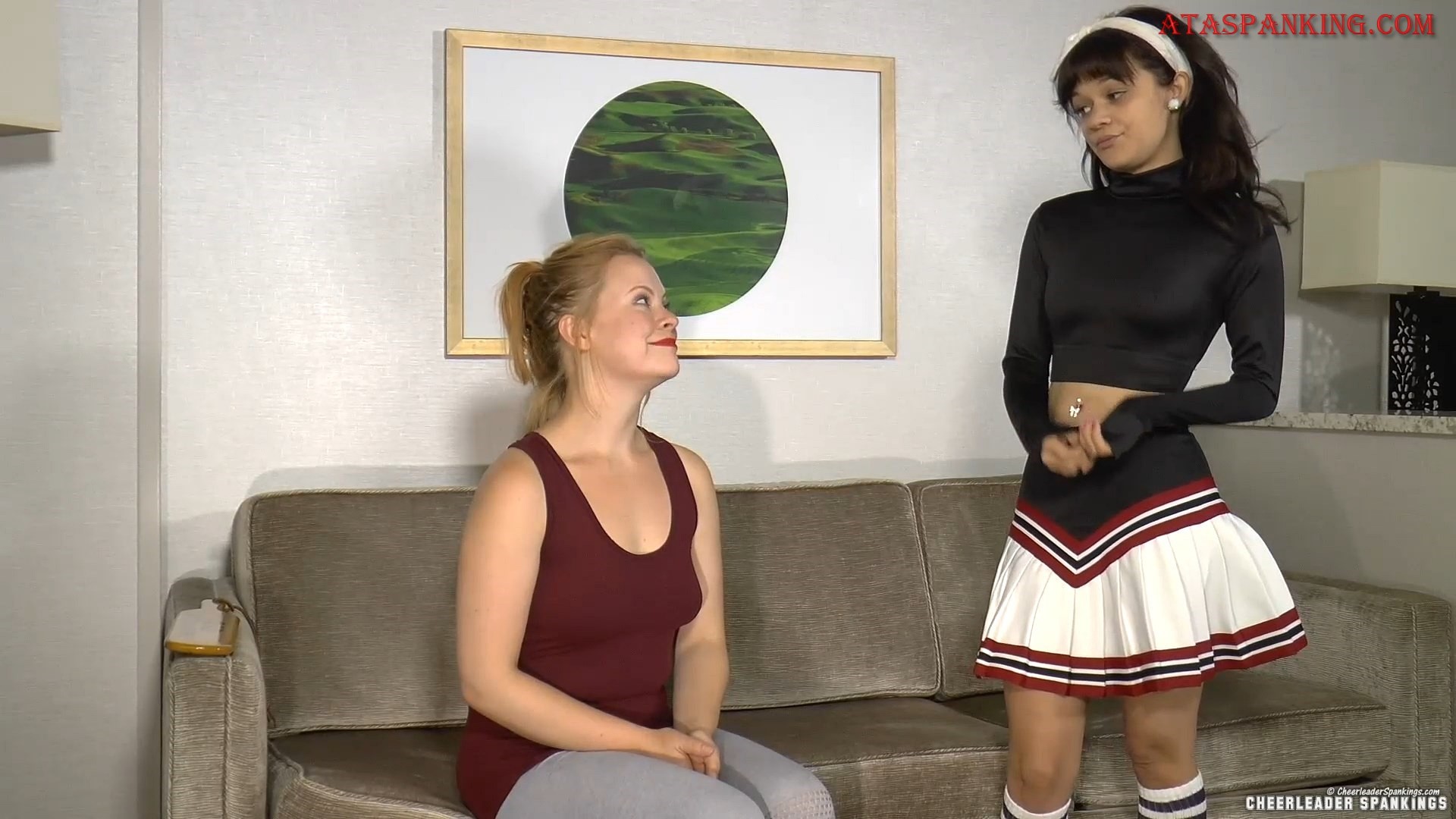 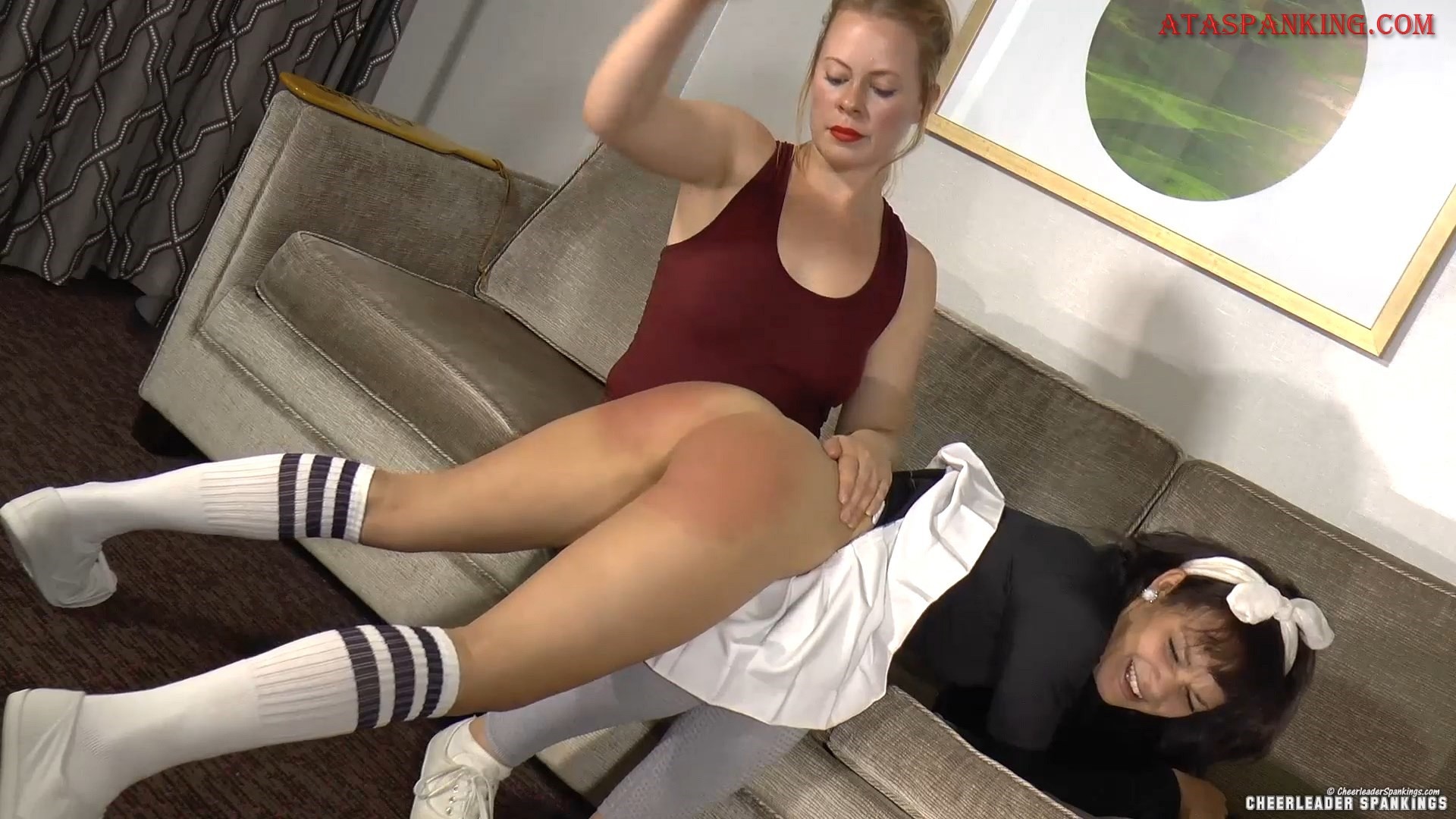 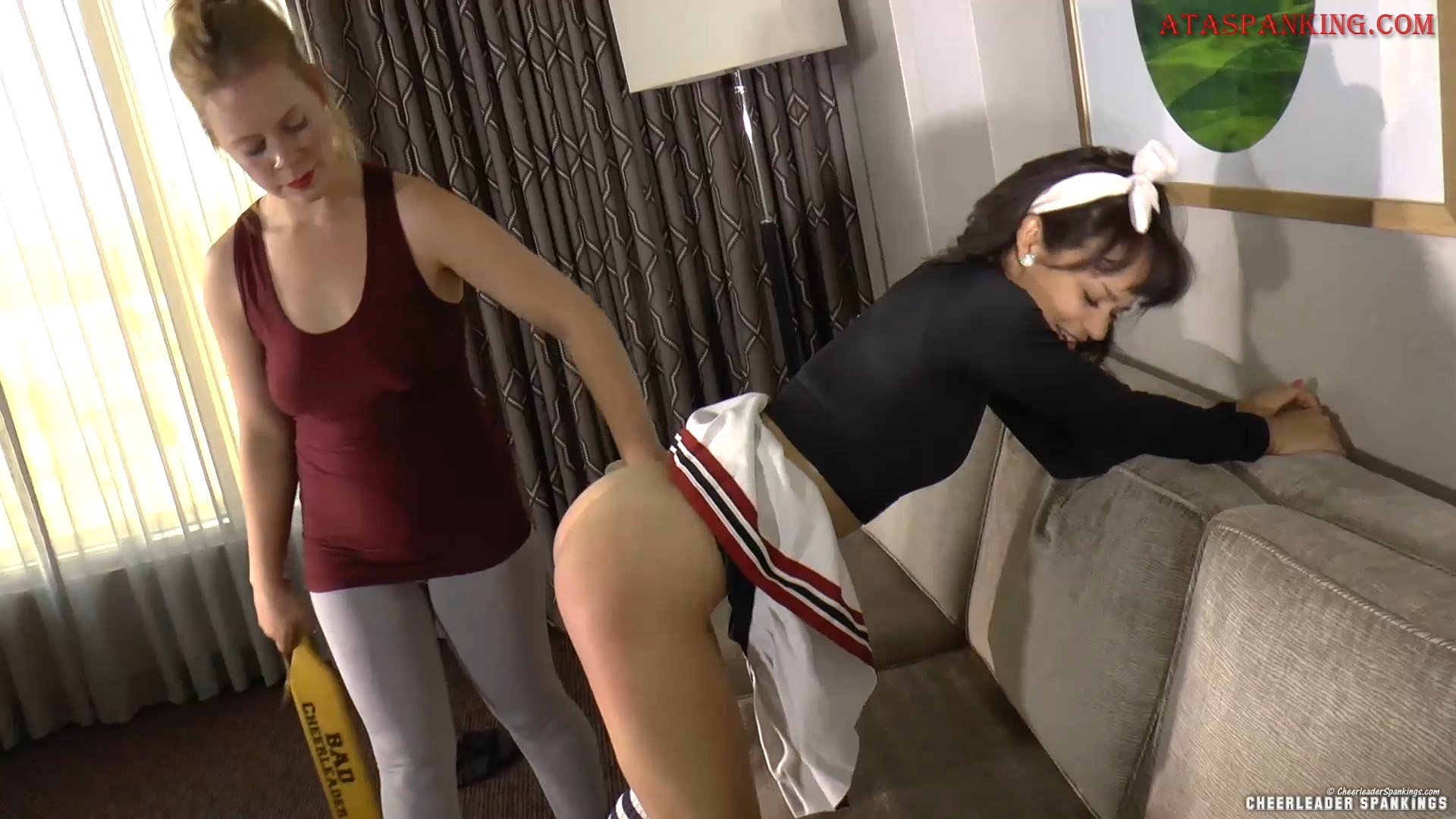 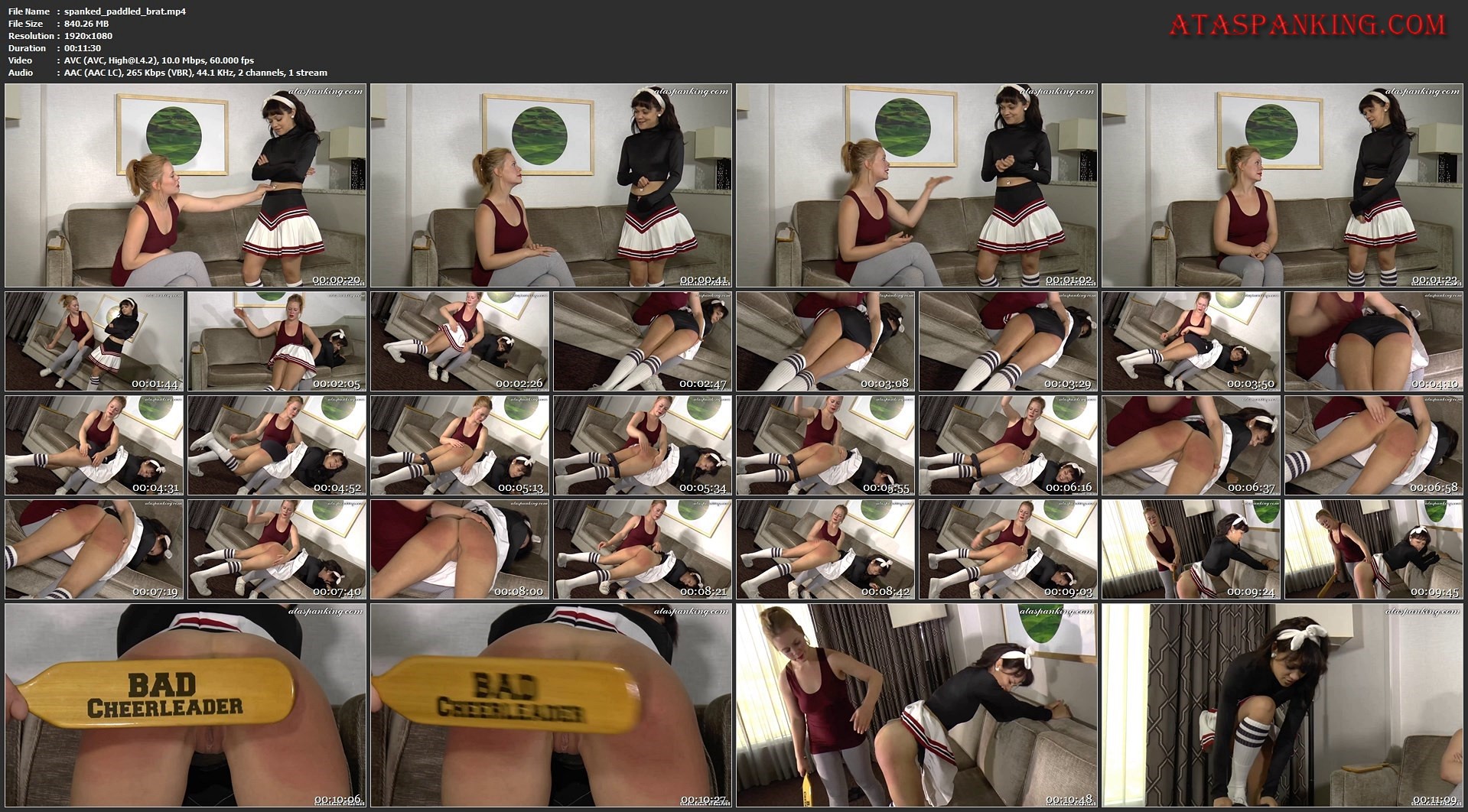 Kiki is called into Coach Stevie’s office for another meeting about her latest poor behavior. This cheerleader has such attitude that Stevie would remove her from the squad if she wasn’t so good. She is such a brat that she is annoyed for being called into the office for wearing piercings during practice!

She has a blatant disregard for her team mates, what if the belly piercing was to catch one of the girls eyes? Such thoughtlessness! Stevie has no time for any of Kiki’s sass so instructs her to get over her lap for a mean hand spanking. She also reminds the brat that she would get a paddling after the spanking, something for her to think about because she needs to learn a lesson. The tight cheer panties are dragged down and the pert, exposed bottom is spanked further.

Coach spreads her legs to humiliate the spoilt little brat even more, still spanking her “sassy majesty” until she doesn’t answer back. The “Bad Cheerleader” wooden paddle is then used with ten hard swats delivered across her already sore bottom. Now Kiki is learning that if she continues to cause problems… the wooden paddle will always be used without hesitation in the future. That should make this brat think twice about her selfish behavior in the future! 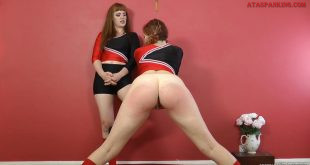 Spanking the Slut out of Charlie – Cheerleaderspankings 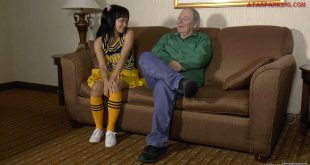 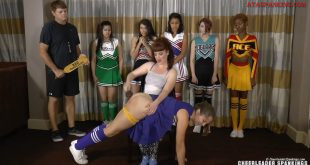 To celebrate our 200th spanking video, we have another very special and colorful feature-length episode …