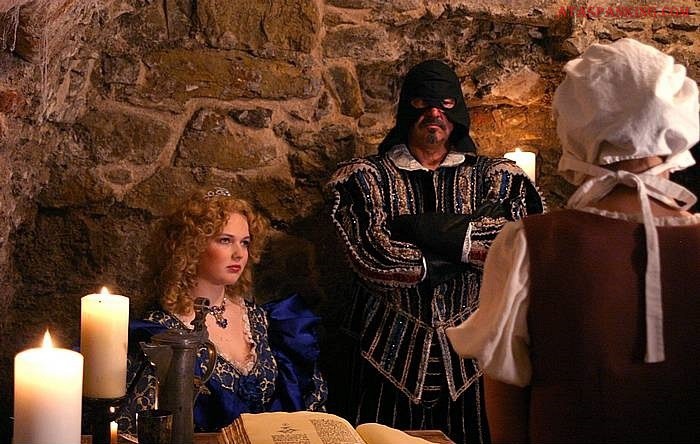 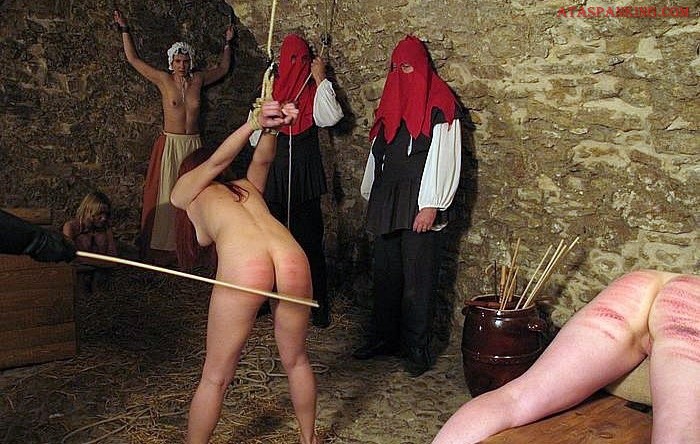 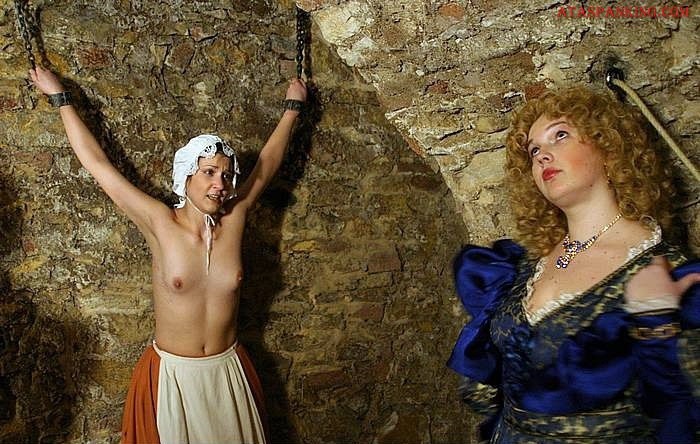 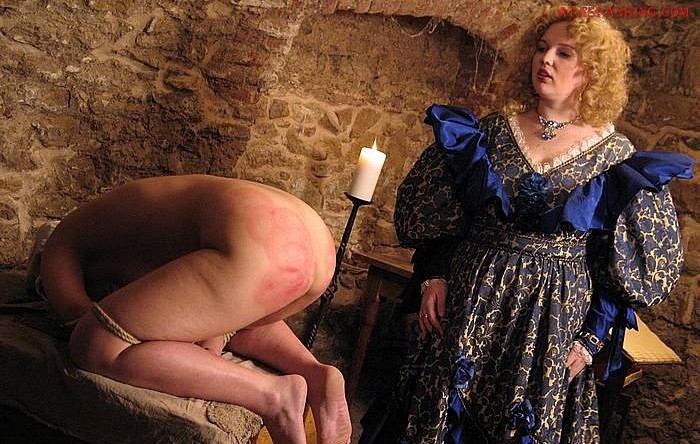 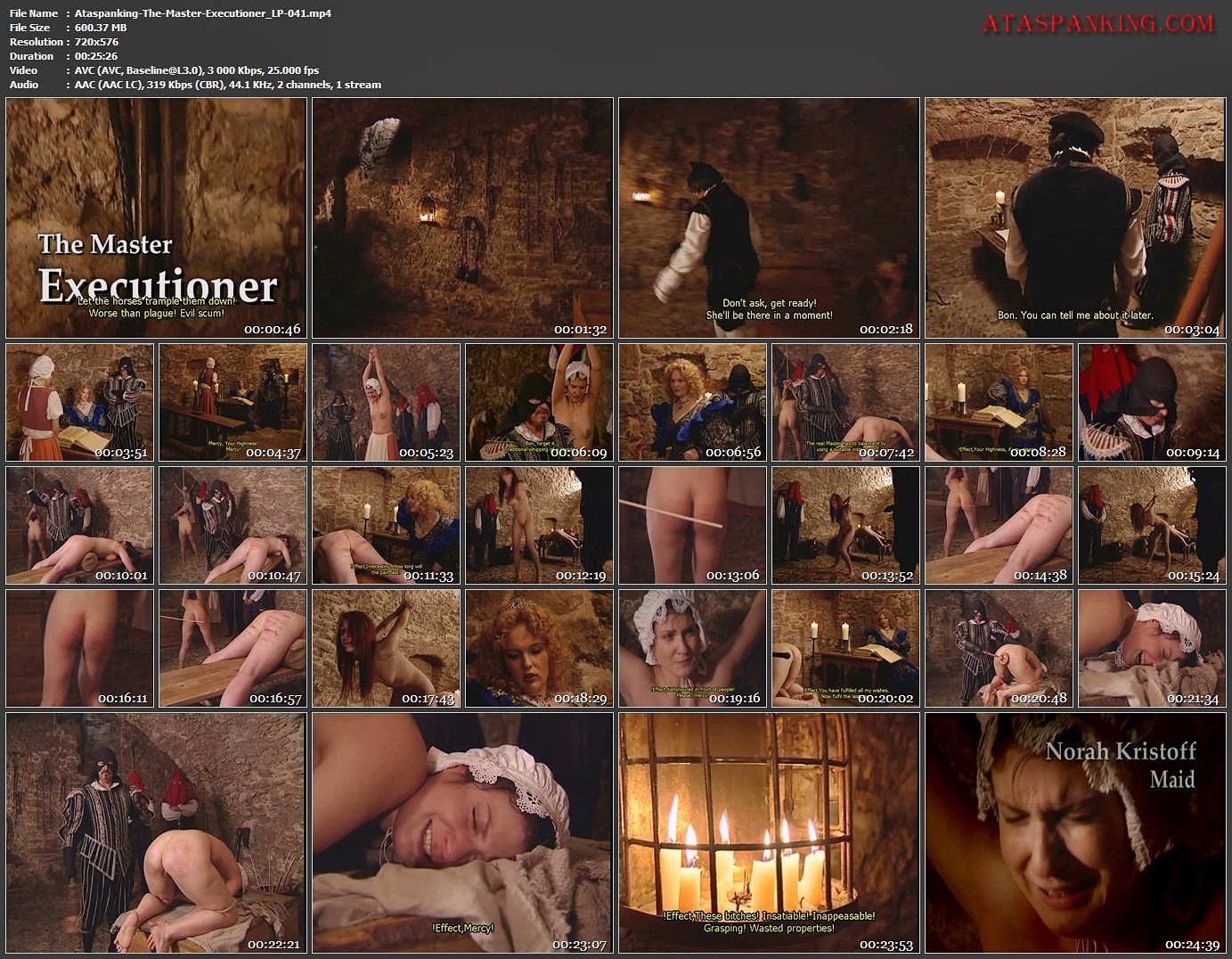 There is nothing to rival the atmosphere of the mediaeval torture chamber. The mysterious halls and dungeons… The memories of pain, tears, humiliation… Especially for those who aren’t indifferent to the suffering of poor girls interrogated by cruel executioners and exposed to the torments of his assistants.

But what about the aristocracy?

How often can a young princess visit the torture chamber to enjoy these delicacies? In particular when the very thought of severe beatings, naked bodies and crying faces make her so excited?

It wouldn’t be so often if she didn’t care.

So… she has to care.

She has to take care of her chambermaid and see to her proper behaviour.

The chambermaid is a sinner. She is to be married in a few days and yet she was found with a lover in her chambers. Disgraceful! Everybody knows she should be a demure girl and a virgin until her marriage. She must be taught a lesson!

The executioner knows all about punishments and pain. But that is not all. He is also known for his hatred of women. Especially the shameless ones… and this is exactly what the princess needs. He is a man in the right place at the right time.

He demonstrates various positions, implements and their effects. With genuine passion and professional skill he shows the princess what the flexible switch, the heavy strap and even the stock-whip will do to the bottoms of harlots put into his dungeon. When the princess sees these implements striking the girls‘ buttocks and changing their colour from pale white to deep red and blue, she realises just how much she enjoys it.

One girl is punished with a stock-whip. The unfortunate victim is tied to a wooden bench and she suffers terribly as the evil implement inflicts its unique deep weals. The second girl is caned with her hands tied back and lifted up into a very uncomfortable position.

But this is still not enough for our young noblewoman. She wants something special and she urges the master executioner to devise something truly unique for her chambermaid. He looks for….

A wooden paddle specially designed for harlots with the letter „H“ is the obvious choice. It will be painful and memorable and it will leave humiliating welts in the shape of an „H“ on the poor chambermaid’s bottom. She is tied down on the wooden bench in a shameful position exposing her – no longer virginal – charms. This implement and the ingenius position have a dramatic effect on her. Her tears, screams and pleas reveal that she has learned a nightmarish lesson.

And the princess? She experiences the greatest ecstasy of her life. So powerful that she promises the poor chambermaid that it will be repeated day after day for her amusement. Who could resist such an experience?

And the executioner? He is not interested in the money he got from the princess. He gives it to his assistants and he is ready for more intimate reward….

Don’t miss our new movie. It’s full of action, set in a real mediaeval dungeon with a dark and compelling atmosphere. 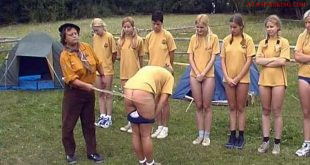 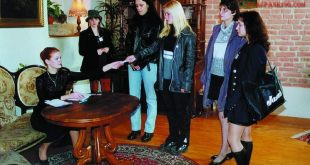 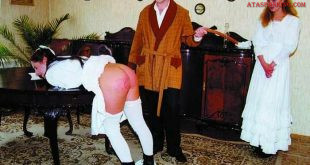 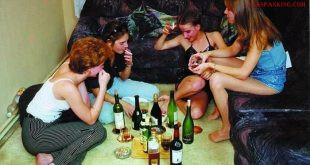