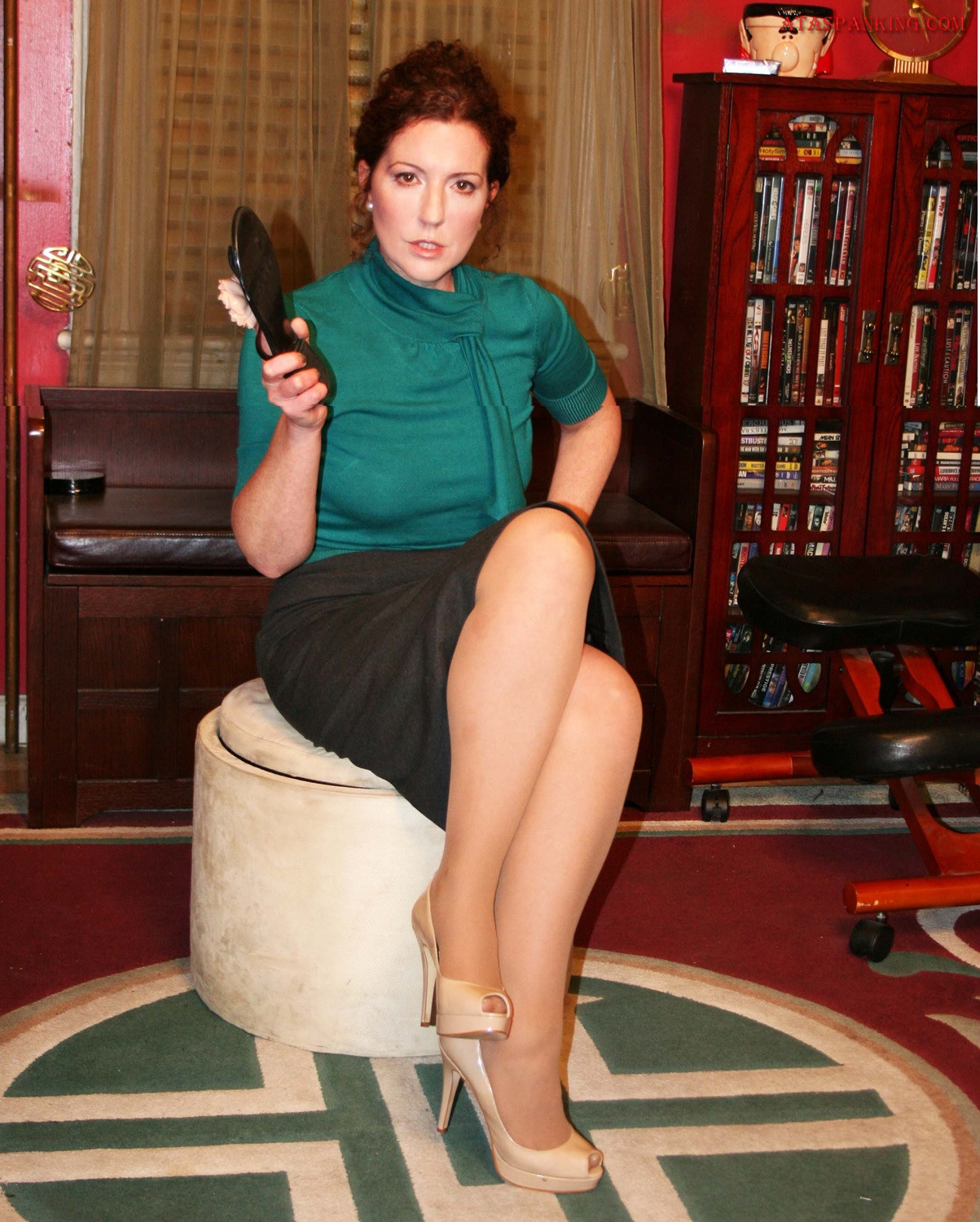 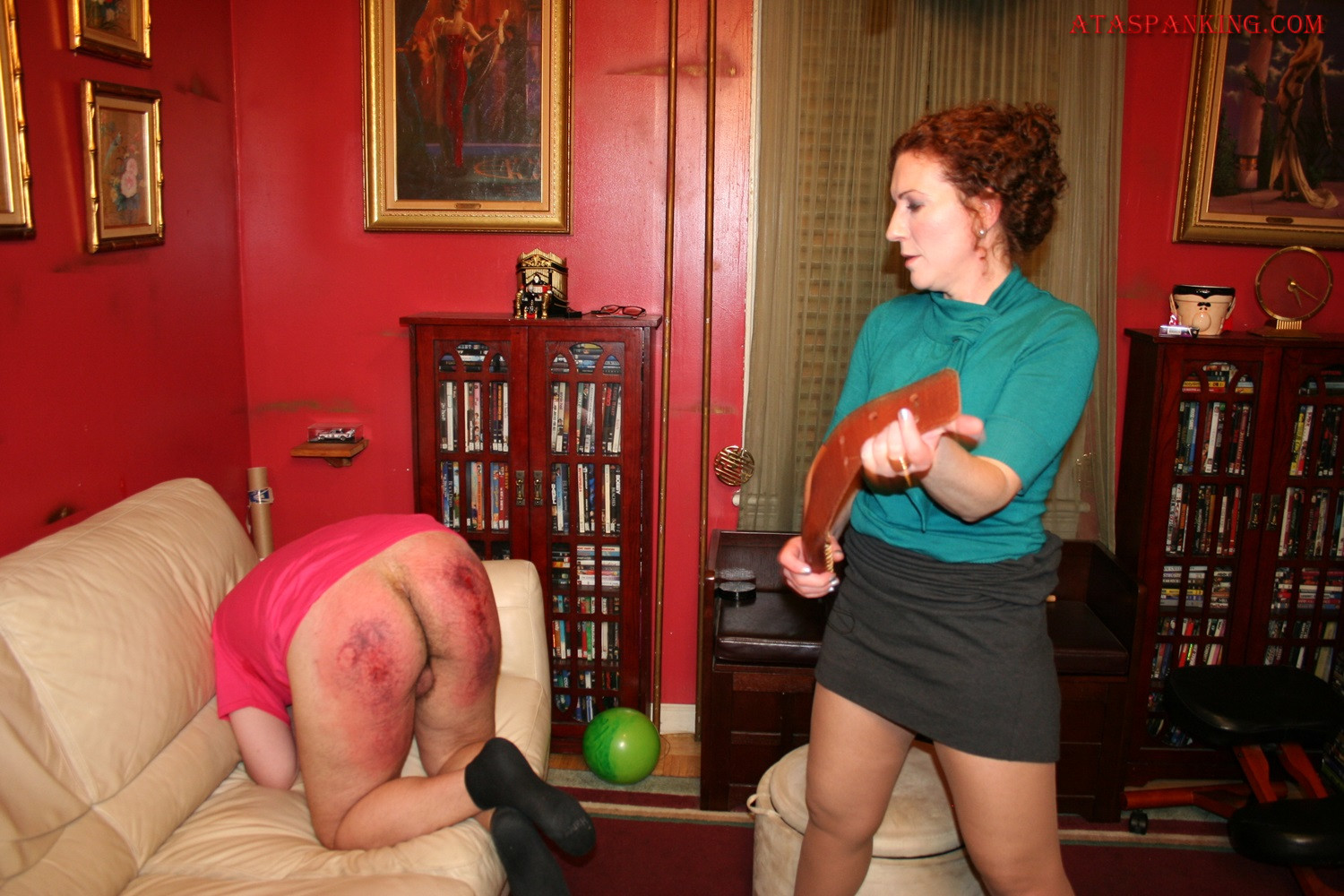 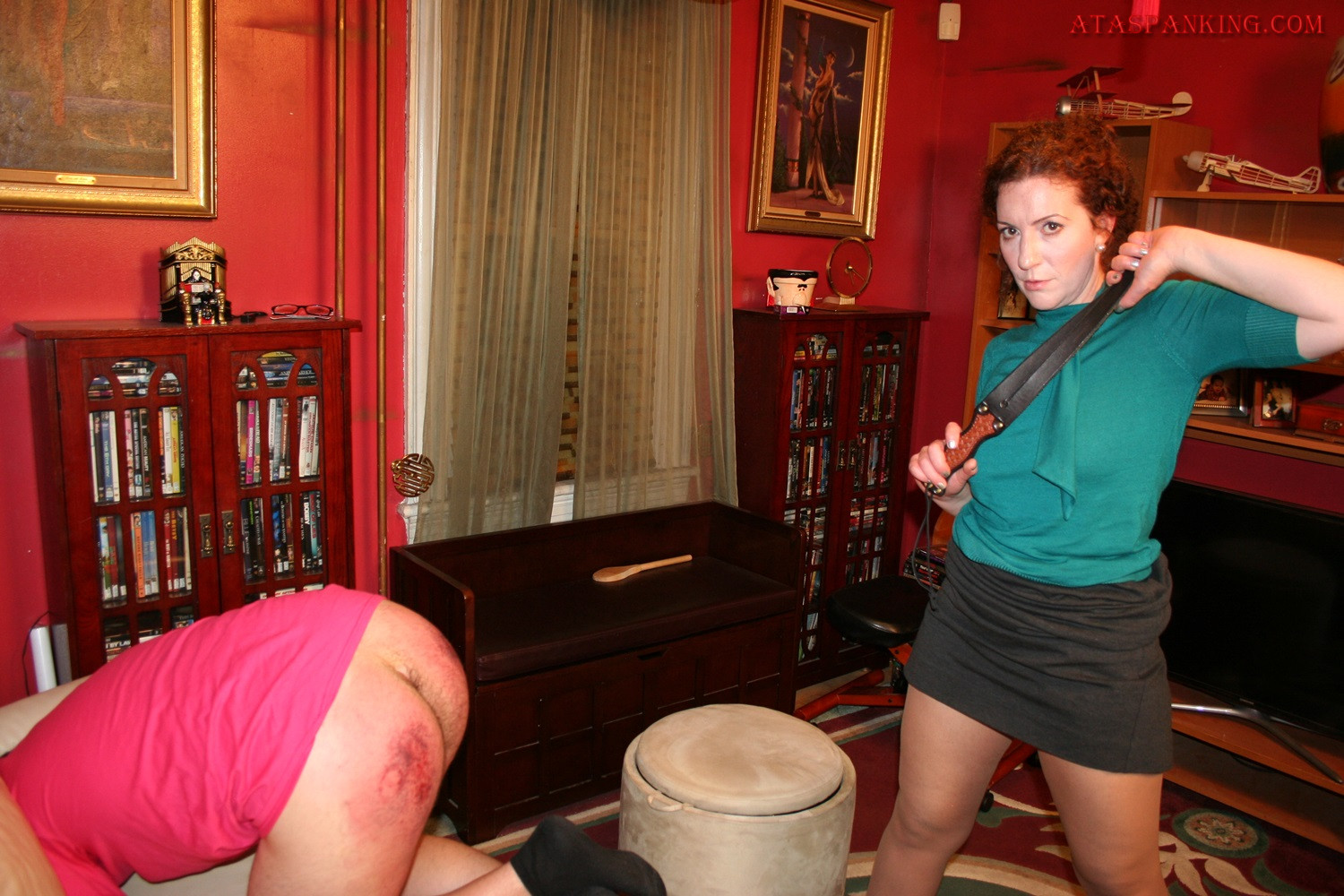 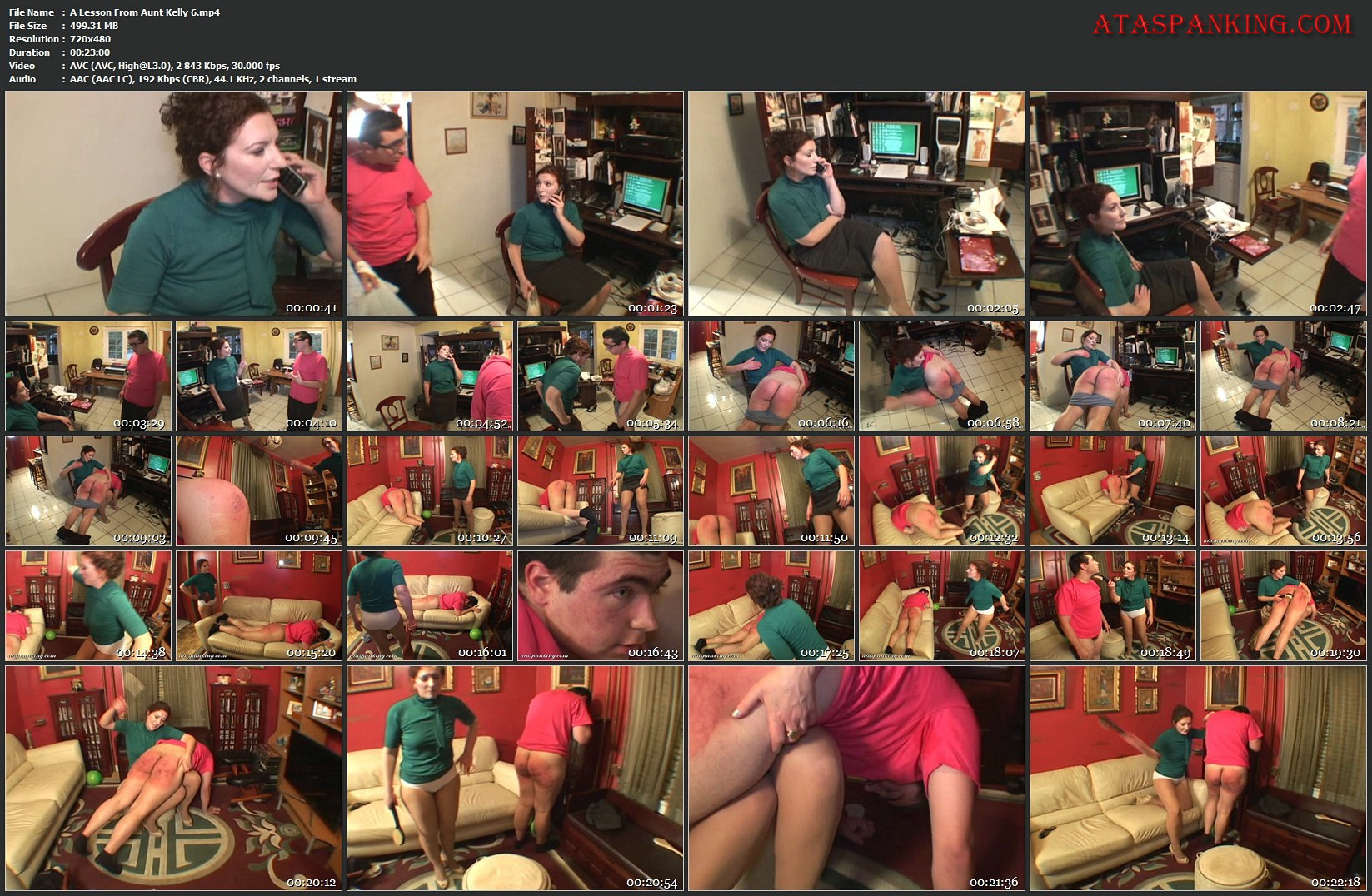 Finally I know you guys have been waiting.

So this young man is staying with his Aunt while he does his college internship. Its been trying and he has not been following the rules. After working all day his Aunt finds out she has to work another shift. When she went home to change while talking on the phone with her girlfriend her nephew walks in. He’s irate and disruptive. She excuses herself once from her phone call. When he does not get what he wants he begins to bang dishes and pots and pans around making loud disruptive noises. She warns him once. Then he continues to throw a tantrum. This is when she finally puts the phone down. Very angry she scolds him and he gets smart. That was it she decides he needs a good hard sound bare bottom spanking. She pulls his pants off and starts spanking him directly on his bare bottom. His continuous contempt forces her to take the bath brush and rubber slipper to his bare bottom along with a good hard strapping.