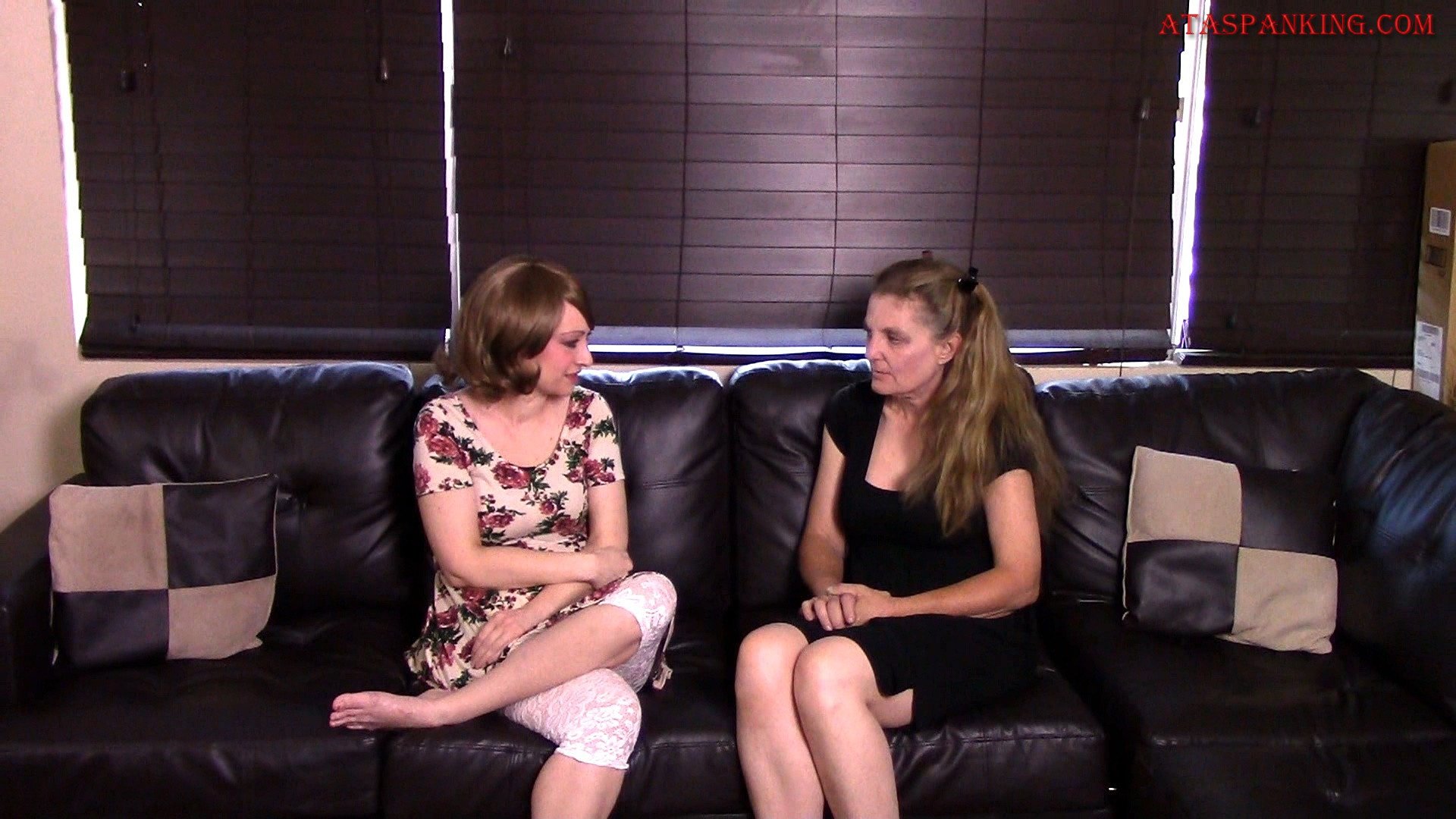 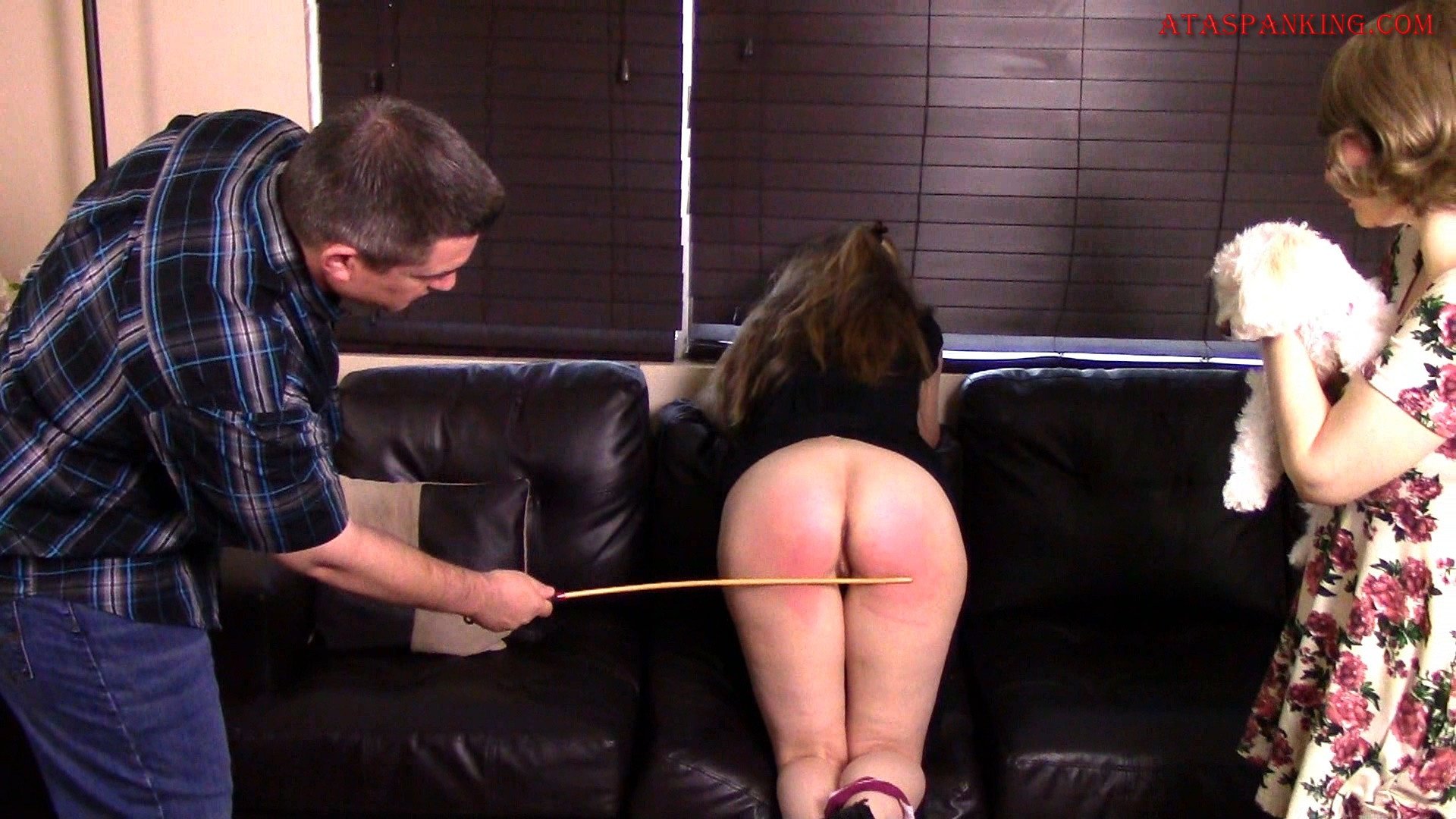 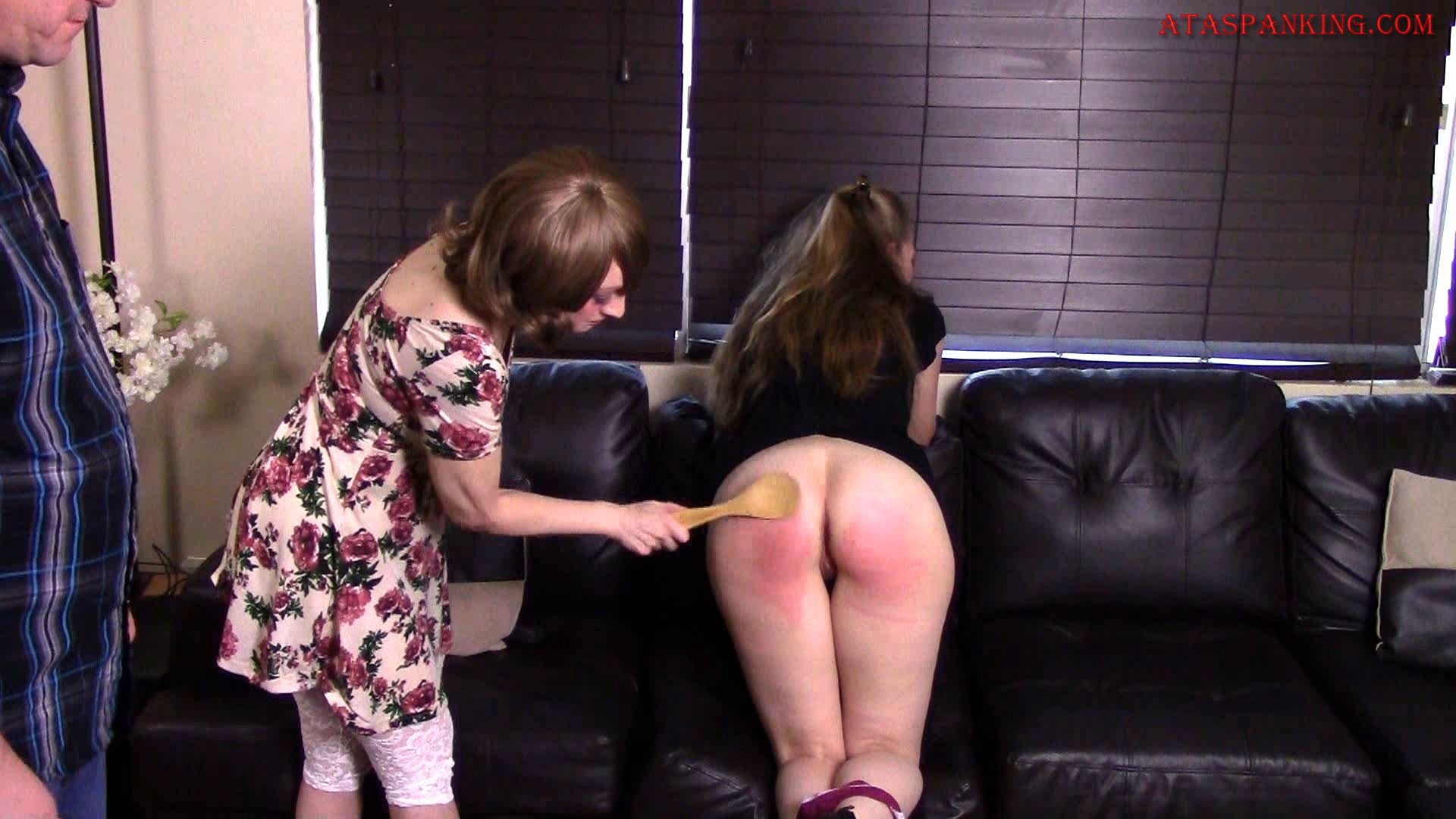 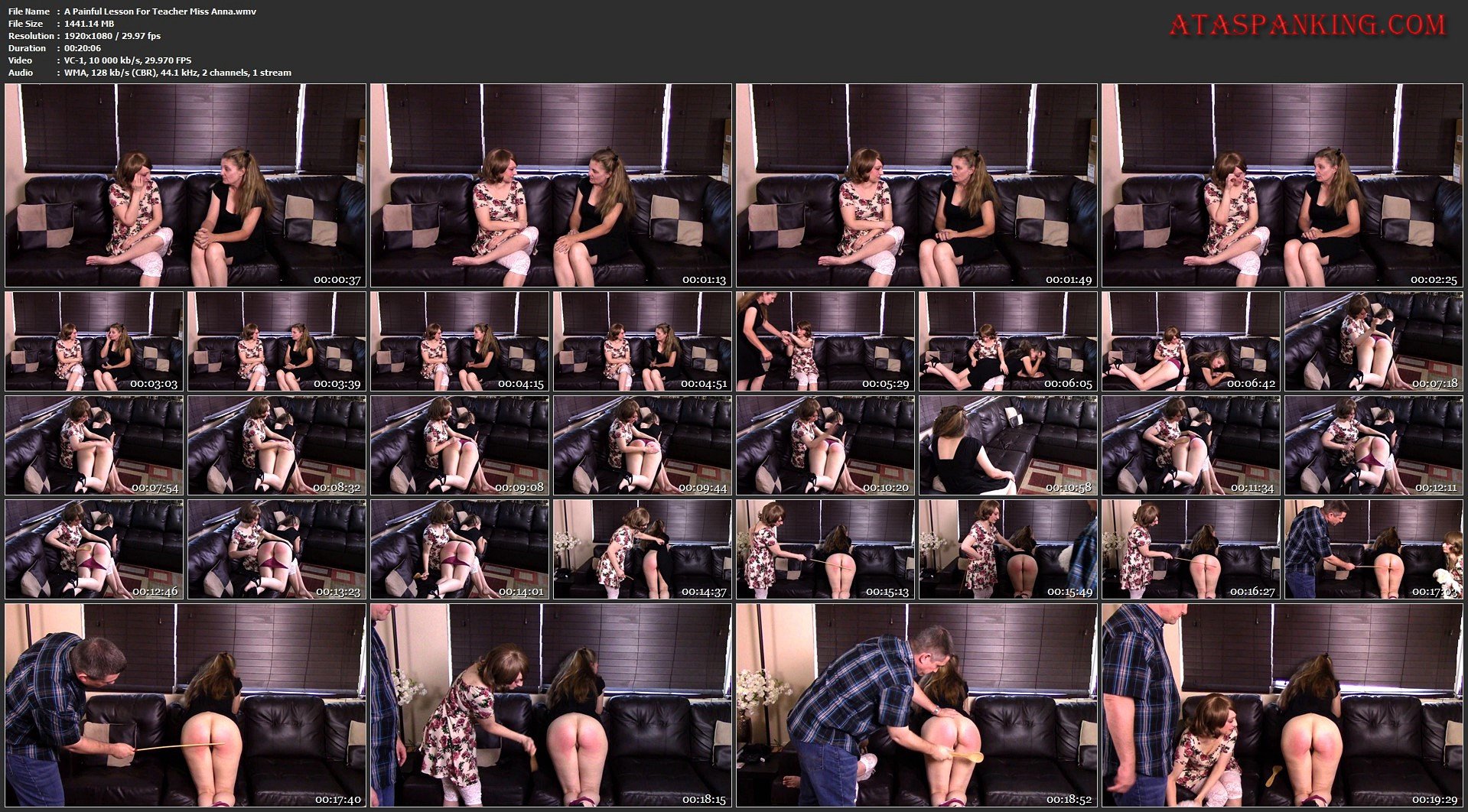 Miss Anna is an old-fashioned schoolteacher from the Midwest, she grew up with spanking in school, and considers it normal. She is now living and teaching in California, and when a little girl in her class was caught being childish, giggling too much with her friends in class, she took it upon herself to call her to the front of the room and spank her bare bottom in front of the entire class, which was certainly humiliating. When she went home and told her parents, both very anti-spanking psychologists. They were livid, as they had not only never consented to this, their daughter was never normally in trouble, and it hasn’t even been legal in California for decades! Her mother, Lily, calls Anna and invites her over for a chat after school “about her daughter’s behavior.” Really, she wants to confront her face to face about the incident! Once the pleasantries of meeting are finished, Lily lets Anna know in no uncertain terms that what she did was not only unacceptable, it was illegal. Anna is very set in her ways, and continues to argue that she only did what she felt was best, and what she felt she had to do. Seeing a lack of any remorse, Lily is determined to knock this arrogant woman down a peg and teach her a lesson. Part of her would also like to humiliate her the way she did their daughter. Anna seemingly doesn’t know that it’s a big deal to spank in school in California, but as soon as Lily threatens to call District to report her, her tune changes and she wants to know what she can do to keep this quiet. Lily tells Anna that she thinks she deserves to be spanked herself for her inappropriate behavior, and intends to give her a spanking, as she “feels it’s what she has to do” to make sure she gives a sincere assurance that she will never put her hands on someone else’s girl or boy who she has been entrusted to educate again! Even once over Lily’s lap, Anna tries to give her some nonsense about how she has a degree in education and knows best, but when Lily makes it clear that she’s not going to be intimidated by her education when she has a doctorate herself, Anna finally for the most part accepts her fate. She does object when Lily pulls her panties down, but Lily has the upper hand in every way in the situation, and there’s not much Anna can do about it if she wants to keep her job. Lily is glad that she’s embarrassed, she hoped to embarrass her because of what she did. Since Anna used a ruler on their girl, Lily thinks she should experience at least that much, so she steps out of the room for a moment, and grabs a wooden spoon and a cane that she and her husband sometimes use during ADULT play. She orders Anna back over her lap and gives her bottom a good paddling with the spoon, then tells her to stand up, kneel on the couch, and stick out her bottom for the cane. As she is caning her exposed bare bottom, her husband Robert gets in from work, as she had hoped he would before she was through. Now she can really embarrass Anna! He completely agrees with his wife’s actions, and watches approvingly while she continues the caning, much to Anna’s horror. If that weren’t bad enough, Lily then offers him the cane, to let him have a whack at this awful woman too, so to speak. If she thought the spanking from Lily hurt, and it did, the spanking from Robert really gets her attention. He is angry about what she did to their daughter too, and not holding back! In fact, he hits her with such intensity that the cane’s tip can’t handle the impact and breaks off. Lily was not at all ready for this to be done, so she grabs the spoon again and just starts using that on her in the standing position. Once she has given her a good round of paddling, she offers the spoon to Robert to finish up, and he REALLY lays into her. Anna ended up sobbing with tears running down her face, and the spoon ended up cracking as well with this pissed off Daddy’s muscle behind it! Once they are satisfied that she’s been thoroughly punished and learned her lesson, she is asked to compose herself and leave their home ASAP, which she is eager to do. They are pretty certain that she will think twice before trying to pull something like this again. This format contains the scene intro, and then the shot is focused on Anna’s beautiful bottom, long legs, and high heels as she is being spanked. Reaction cam bonus footage is coming soon, and it is also pretty great because she was crying real tears and you can see a bit of the spanking from the angle it was shot at as well. 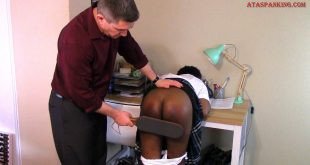 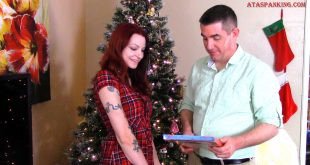 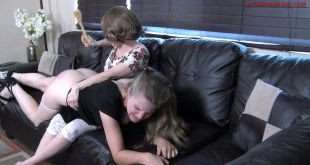 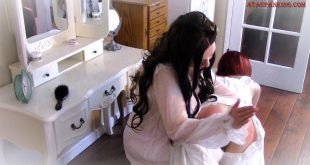 In this vintage inspired scenario, Kajira Bound is a willful young lady, and Lily plays …