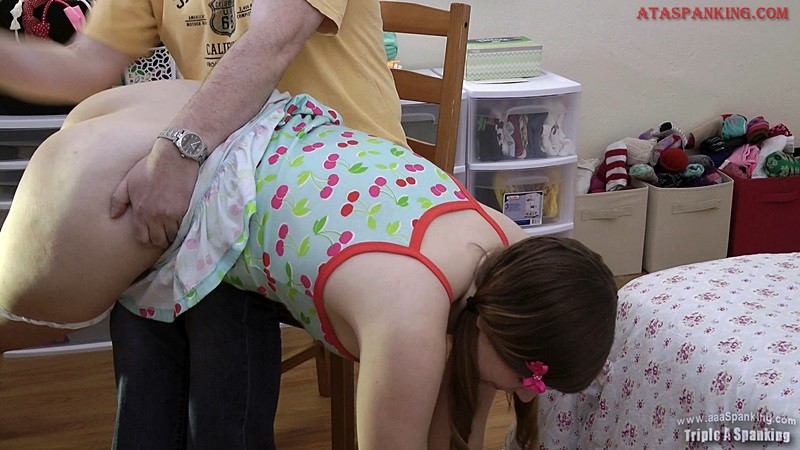 Alex was very contrite from start to finish of this wonderfully traditional OTK spanking film. This was because she had already been severely scolded and was promised a spanking which was where this film begun as she had been told to wait in her room for John to complete her punishment. He arrived to find her waiting as agreed and in no time she took her position over his knee as he dished out one of the hardest OTK spankings he had ever given to her bare exposed bottom. Her delicate panties were removed for the final part of this discipline session as he knew how humiliating it was for her to be spanked in this fashion. This was the only way she would learn her lesson so that she might avoid future humbling punishments. Continuing with the traditional theme of this spanking, Alex was told to do some extensive cornertime to reflect on the whole process she had just taken with surprising dignity which John had recognized as he gave her a warm reassuring hug which showed that she would receive extensive aftercare following her cortnertime. Fans of traditional OTK scenes will love this full HD movie!