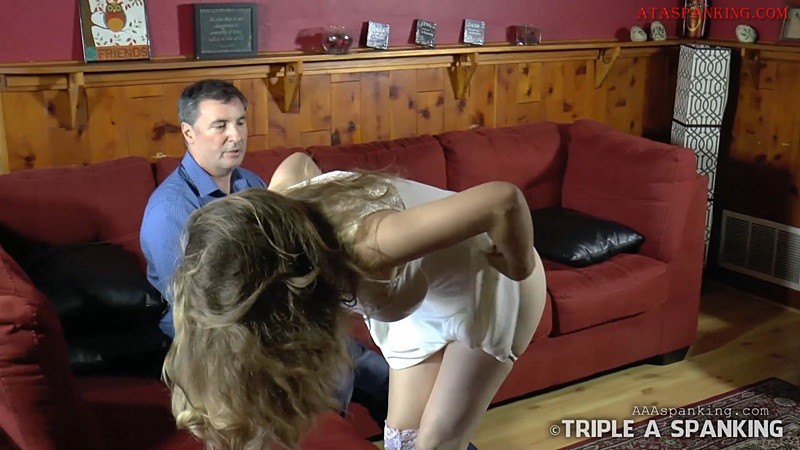 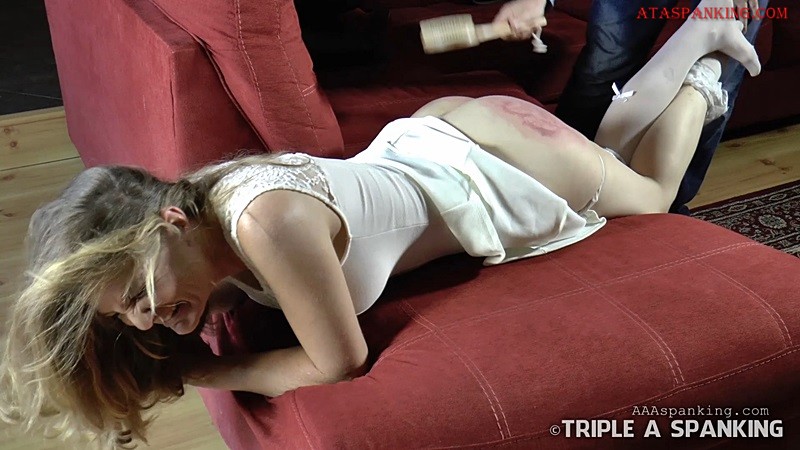 Anna has been caught out lying to John over a missed payment to a company that they had agreed terms with for a specialist new vacuum cleaner for their carpets and rugs. They had been impressed by the demonstration which cleaned one particularly dirty rug so they agreed a payment plan. However, Anna pocketed the cash John had provided and spent it on lingerie and personal grooming products instead and kept this a secret for quite some time until they contacted him directly! He presented the evidence of a lack of new vacuum cleaner and irate calls from the company but she continued to deny any wrongdoing! He was angry and tried to give Anna a chance to own up but she had continued to lie and once again was not learning lessons about this sort of behavior. Only a severe punishment would work, he thought, so he presented his thick leather belt and heavy bathbrush he knew Anna hated. he spanked her first, scolding her and reminding her of what was to come across her bare bottom. The leather belt was relentless and stroke after stroke hit the target ready for the final tearful severe bathbrush spanking that you have to see to believe! Anna’s poor bottom took one hell of a lengthy punishment! 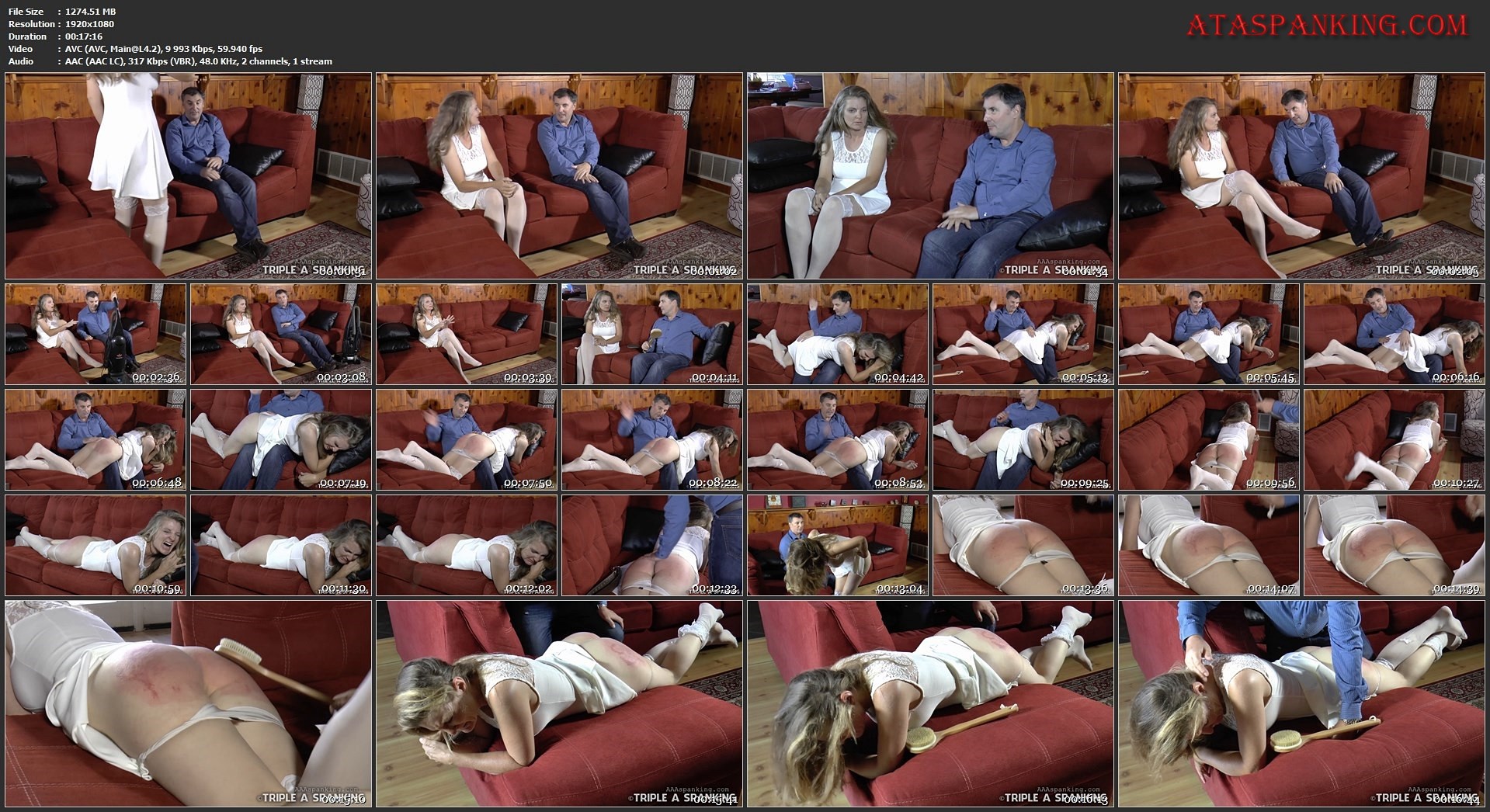