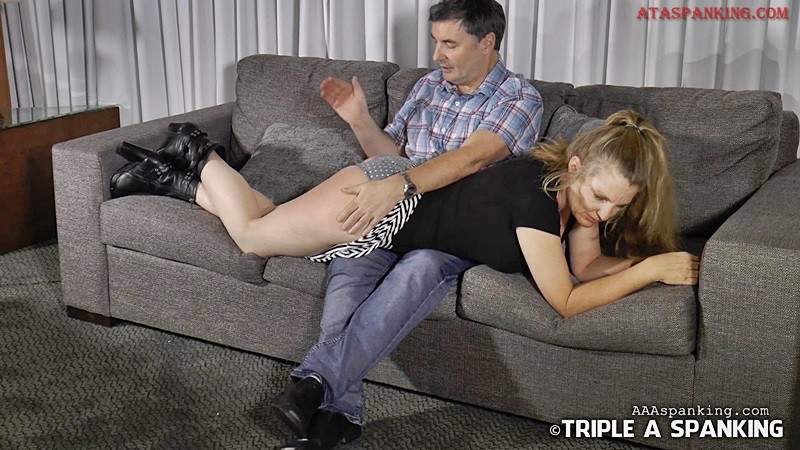 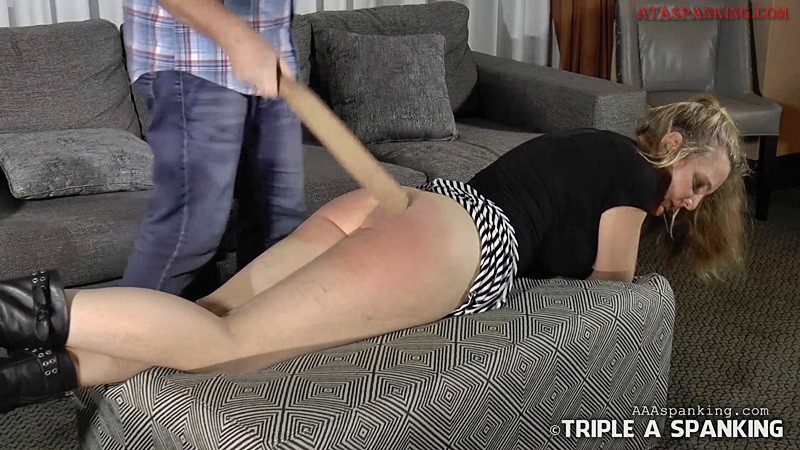 This is a special long play film that features Anna and John, who have a real life mentoring relationship. John cares very much for Anna and she needs hard discipline when she doubts herself or puts herself down. They have never filmed anything publicly like this, until now. This is typical of some of the sessions they have worked through in private. Anna is an incredible woman, she often doesn’t know it and although she has a great tolerance for more severe style punishments she feels every slap. swat and stroke. The reasons for her punishments are discussed briefly throughout but the focus is on “how” she is punished. There are a variety of wicked and nasty implements which she dreads and is familiar with. So John starts with a warm up hand spanking, he wants her to reach her threshold with each style he uses. The over the knee spanking is more personal before she is placed on the ottoman, bottom up, for the various leather straps. Some are very stinging, others heavy and thuddy and the tempo is upped until she can take no more of each until he uses the long heavy duty “Hanks gunbelt”. Anna needs to be warmed up thoroughly as the next part involves a large bathbrush and stinging paddle which cause her to yelp out. Check out her facial reactions! This really hurts and the message is getting through about the issues they have discussed. The finale features the anticipated caning. Two different Dragon Canes are used with varying tempo and severity. These strokes are some of the hardest we have filmed and they are applied to an already very sore red bottom! This will appeal to lovers of severe corporal discipline with over 30 minutes of action scenes, it really is one not to miss! 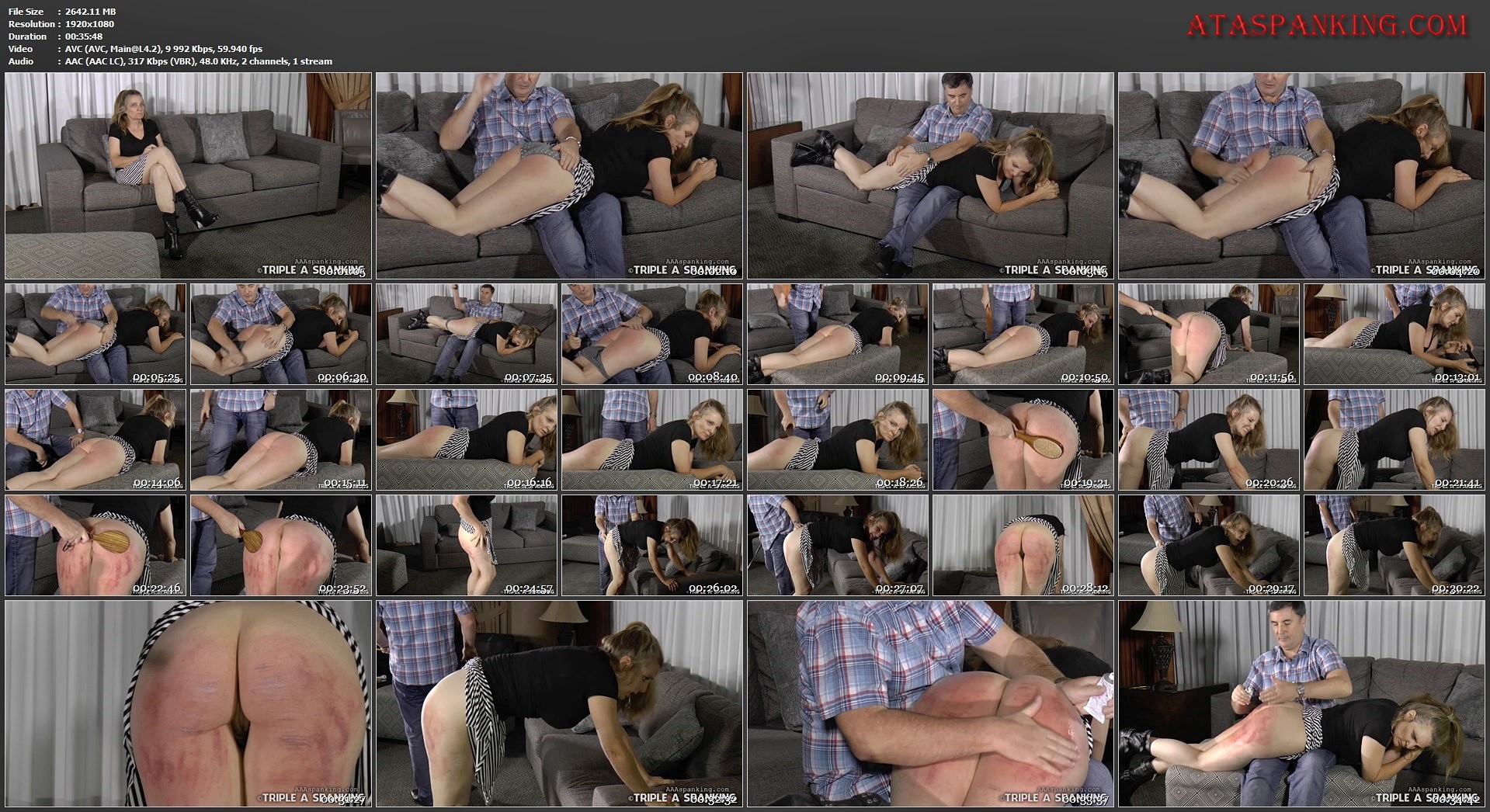