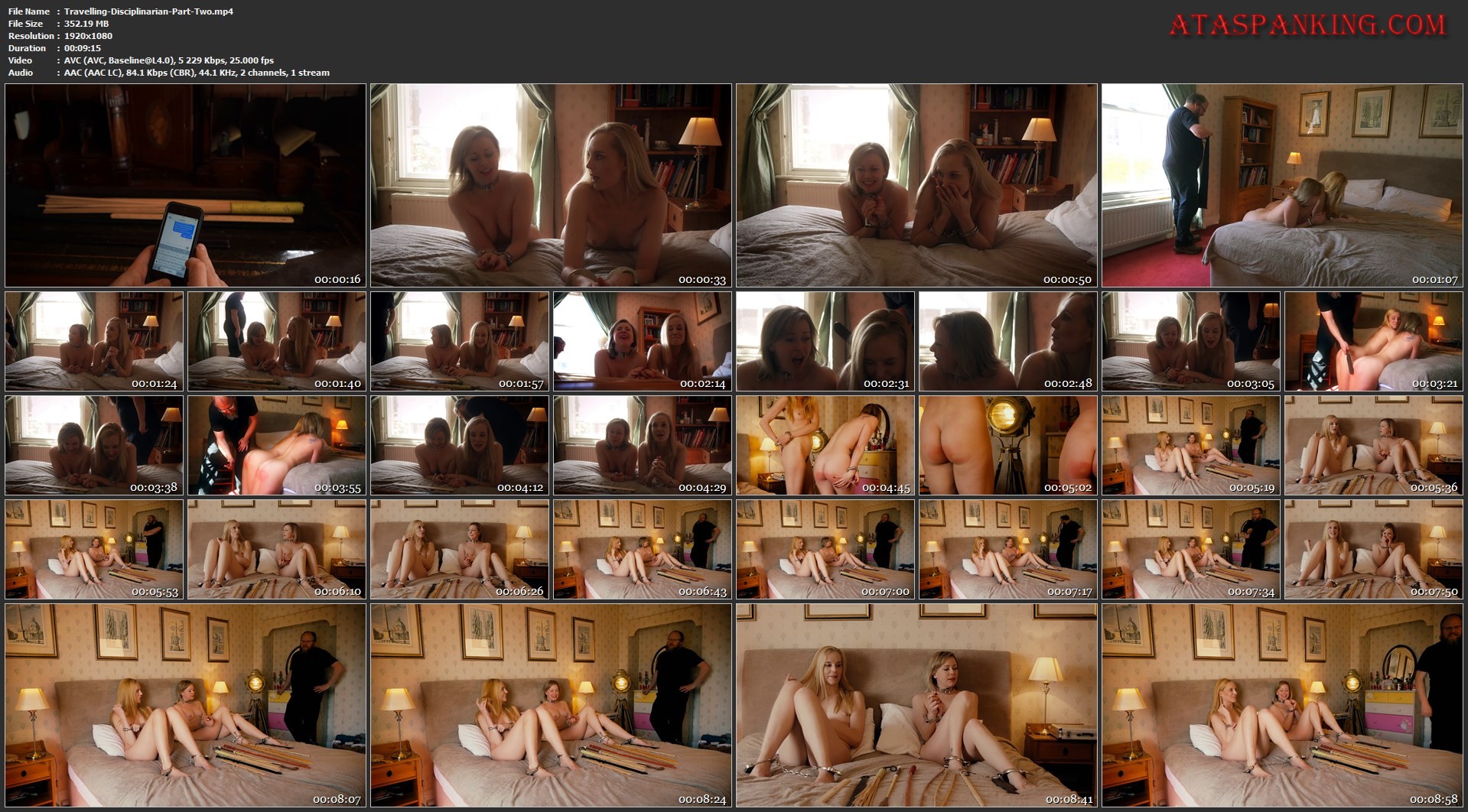 Nude-in-metal girls Ariel and Lucy have met up at a hotel to swap metal bondage and share fantasies. Lucy has never been spanked- and Ariel decides that she needs to share that delicious pleasure-pain with her friend! So she calls up Byron Richards, the travelling disciplinarian. Have canes, will travel!

While Byron makes his way to the hotel to give satisfaction to the ladies, Ariel and Lucy decide how best to position themselves in preparation for his arrival. Naked and on their knees, handcuffed and bent over the bed! Surely he will not resist such blatant provocation, and will give the girls the fantasy spanking they so desperately desire? A knock on the door… he’s here!

There are usually consent preliminaries when Byron entertains a new client for the first time, but two bare peachy bottoms proudly thrust out and insistence that the girls have been very naughty and gigglingly insist that they have to be punished very severely clearly short-circuits a lot of talk. Ariel takes the first stroke- a heavy leather paddle. The shock on her face! How come she always forgets how much it hurts! But oh my god, it’s so hot!

Then Lucy must brace herself for her first ever stroke of the paddle! She has such a firm, bouncy bum- it will be a real pleasure for Byron to punish her and Ariel both! How nice to love your job! The girls take their hard paddling in great spirit, holding hands as their bottoms get redder and redder!

But the girls aren’t done with him! In the aftermath of the first spanking, the three decide what they are going to do for the rest of the evening. Now they have been punished, the girls are up for a roleplay. Bondaged up? Rope? No, metal, of course!

The final section of this episode is something I’ve been wanting to show on-screen for a while- the negotiation that goes on before a scene. While the three of us are in-character, we’re also working out what scenario we’re going to stage for the third part of the video. We did this live, as show on screen- figured out a story to shoot, then went on to shoot it (coming in part three). I’ve wanted to capture just how hot the negotiation phase of a scene can be, and it’s not something you see much in BDSM videos. I don’t know how well I’ve succeeded- with no crew and the three of us on camera it was hard to do more than fly-on-wall with two cameras. I’d have like to have done more in the way of cinematic show-not-tell for this segment. But it’s a pretty accurate representation of what we do before scenes, and I hope you like it! 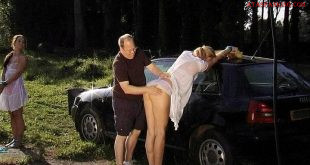 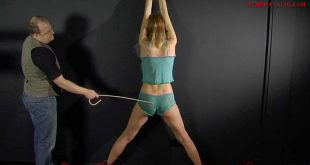 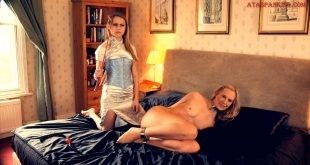 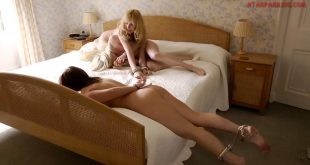