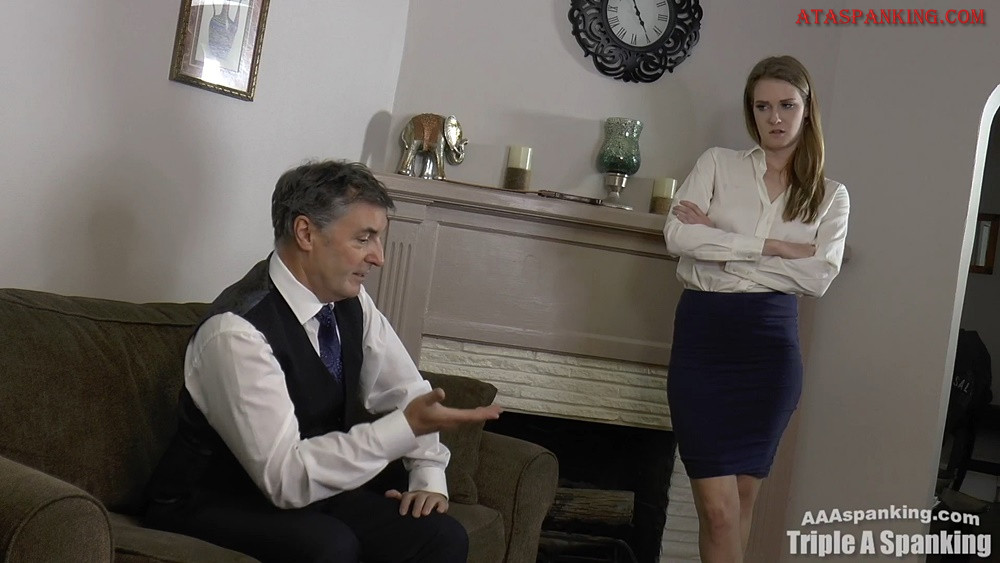 Ashley Lane stars as an employee who has flouted nearly every sacred rule of the company with awful customer service, a surly attitude, annoying other workers… and even caught swearing. Until now, she has had the eye of her boss, but even he has had enough. He reminds her what they agreed upon the last time she might face a disciplinary procedure… and she remembers that this would mean a spanking. He takes her over his lap for that promised punishment as her tight pencil skirt is hiked up, her panties pulled down and her bottom given a good old-fashioned hand spanking. Ashley’s bottom turns a burning red and then she is told to fetch the strap. The boss places her over the couch and he gives Ashley a non-stop thrashing with the leather implement that has her gasping out, legs kicking, as it finally grabs her attention. However, the final part of her punishment is for the foul language mentioned before… and this is carried out in the bathroom for a repeated, thoroughly humiliating sudsy mouth soaping she will not forget in a hurry! Ashley learns that this really is her last chance in the company… time for her to be a model employee at last!