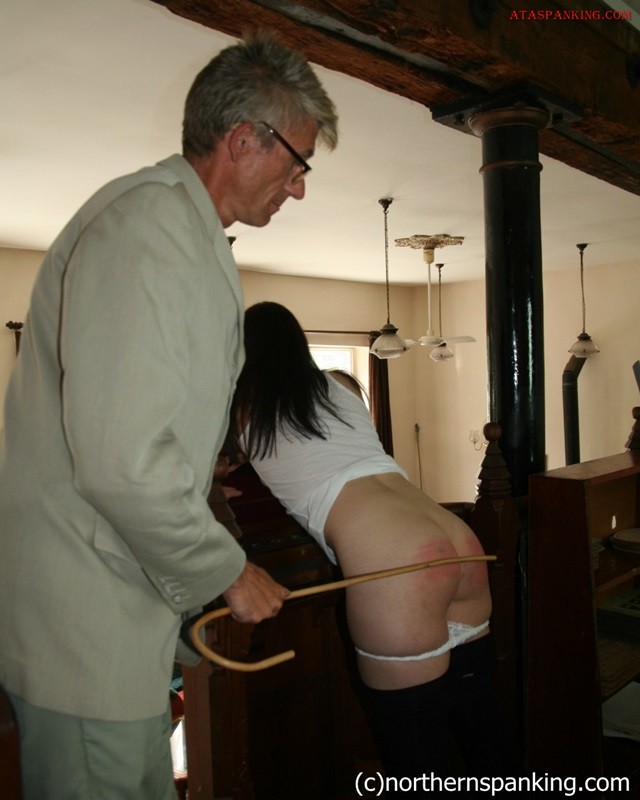 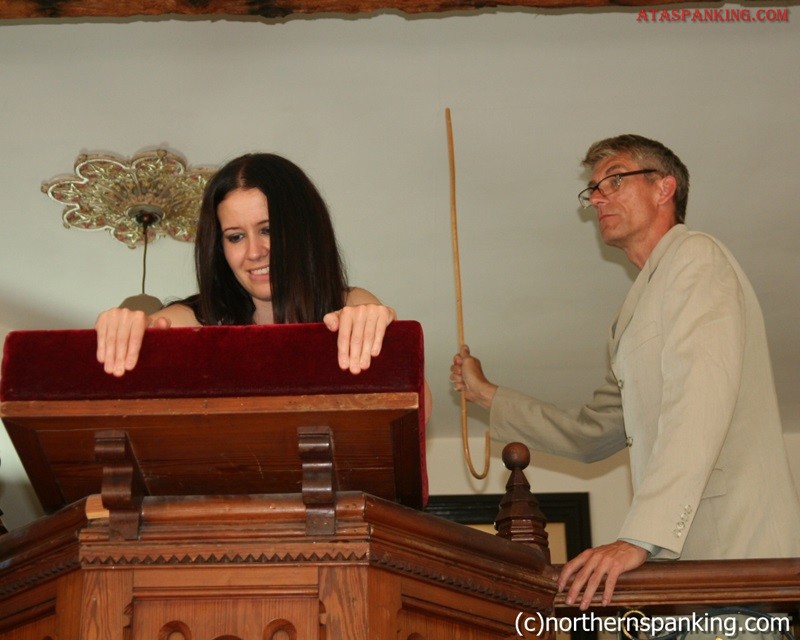 As an example to the other girls confined to the institution, second-time offender Jenna is brought to the lecturn during a specially called punishment assembly. In front of the entire facility, Jenna is to have her leggings and underwear removed and be caned in public. 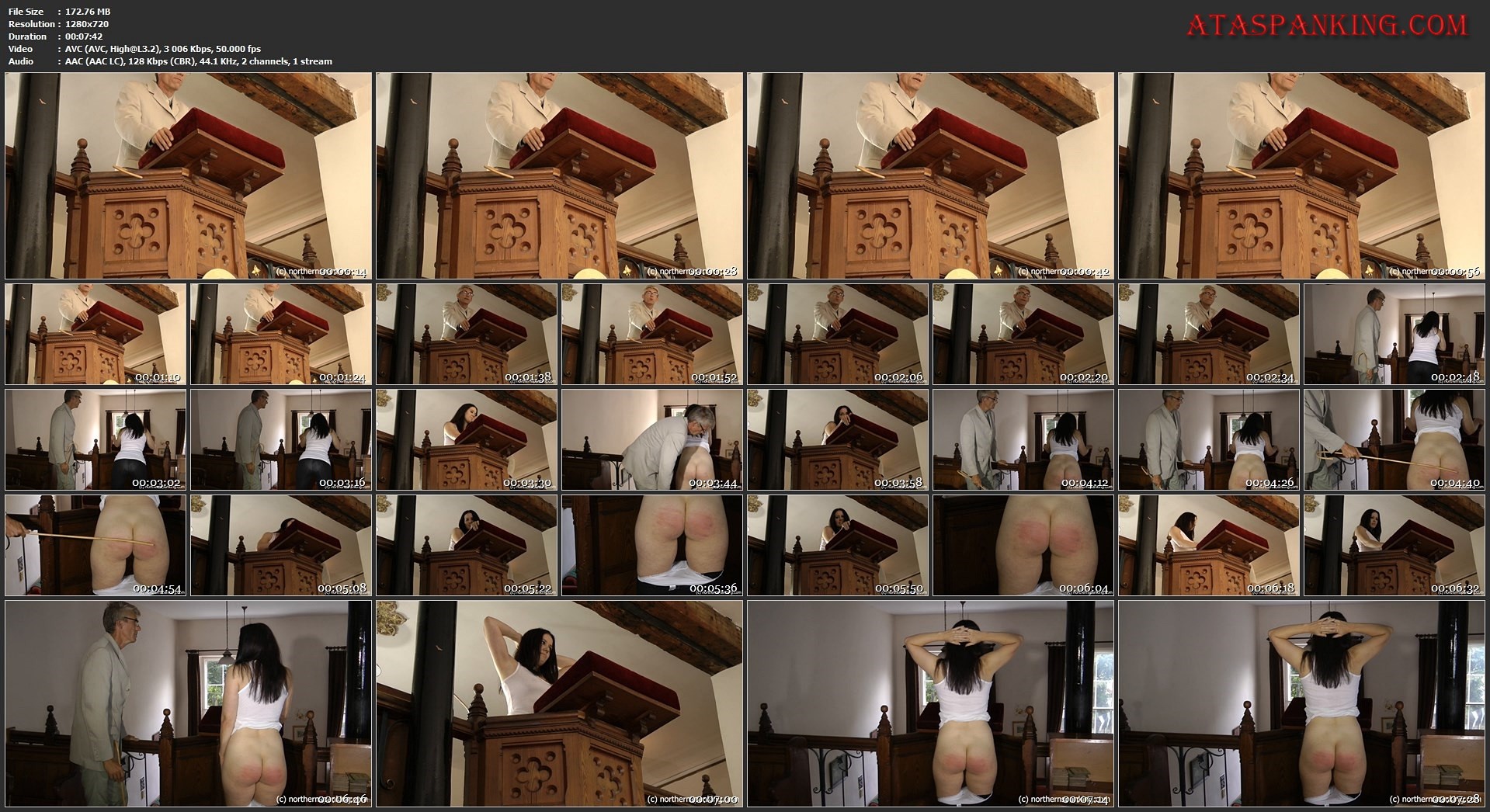