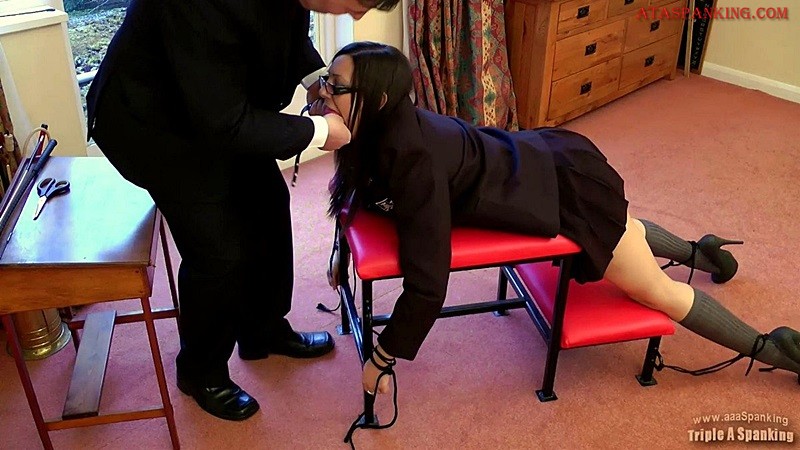 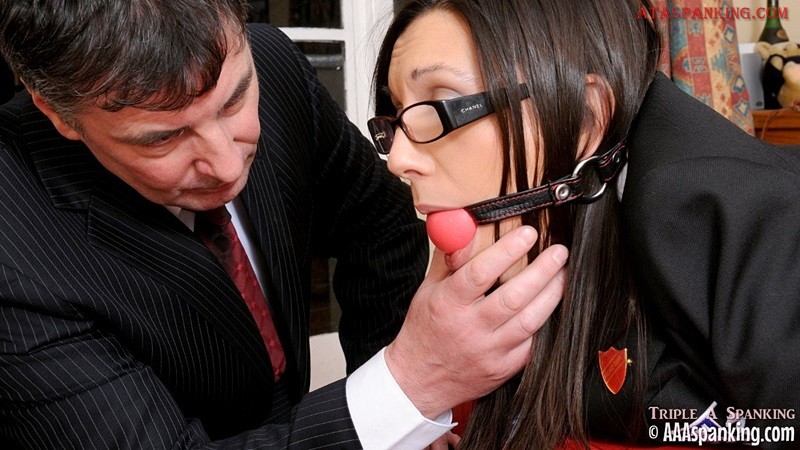 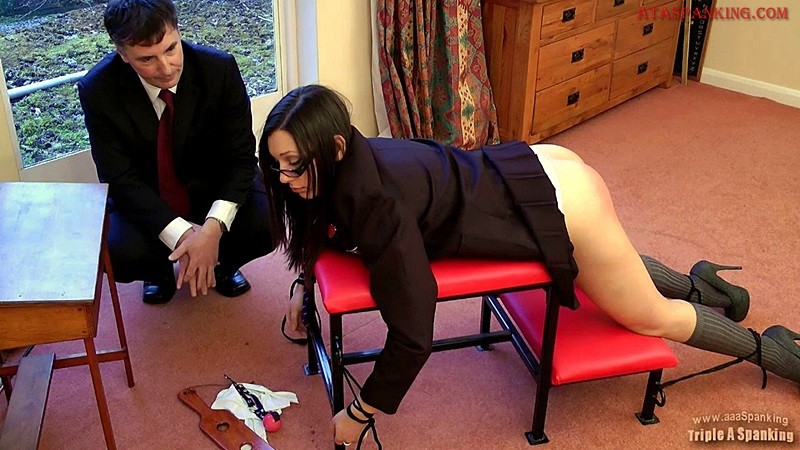 Sophie Parker told us her Twitter following would enjoy seeing her shamed and punished to tears in a most humiliating way! This is a first for Sophie in this edgy, dark spanking film. She told us she wanted it to be very different, so we thought why not do a forbidden scenario of a schoolgirl discipliined in a most inappropriate, shocking way by her schoolmaster? The films opens with her already bound to a bench and upset so she is quickly ballgagged to keep her more compliant since her potty mouth is so offensive. Her white regulation school panties were cut off roughly and cruelly with a pair of scissors so the punishment could take place across her bared, exposed parts. Sophie’s legs are splayed wide and bound to the bench so she knows he could see everything “down there” and had no choice but to accept what is happening. She is told that he is going to break her will in this very embarrassing punishment that has poor Sophie drooling through the gag. She struggles in shame and feels some rather painful wooden implements across her bared bottom. She had no idea how this would end, seeing the array of ever more painful implements being shown to her and used on her sore, burning red behind. Only her Form Master would decide when this ultimate and humiliating punishment would end if he was satisfied that she was genuinely compliant, polite, and remorseful. There is some aftercare where she is allowed to cry and let the emotions run their course from such an unexpected discipline session. This is consensual “non consensual” roleplay at its best! 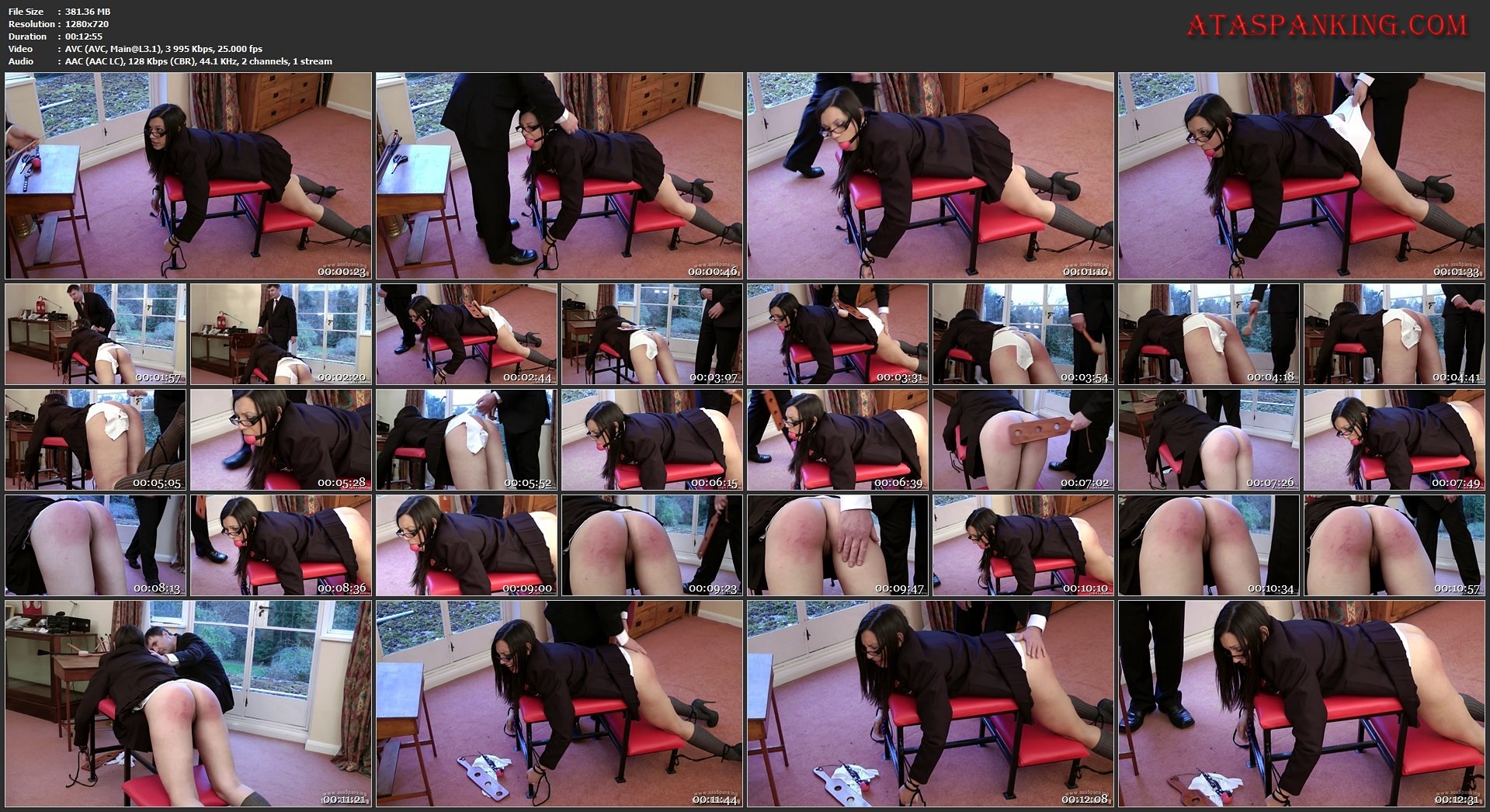