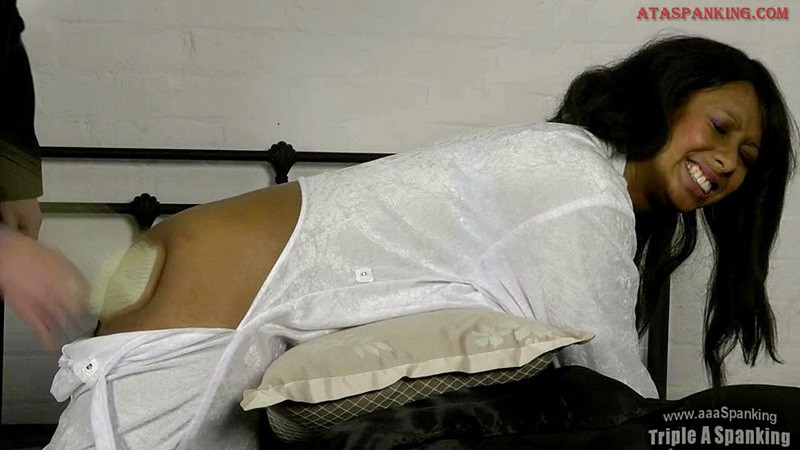 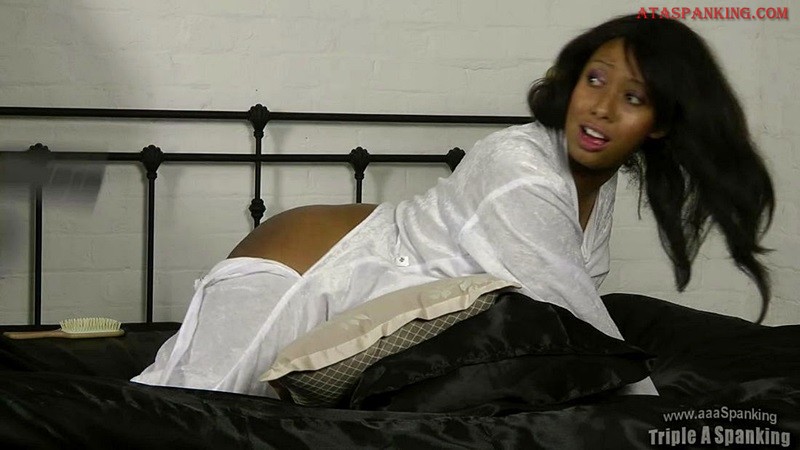 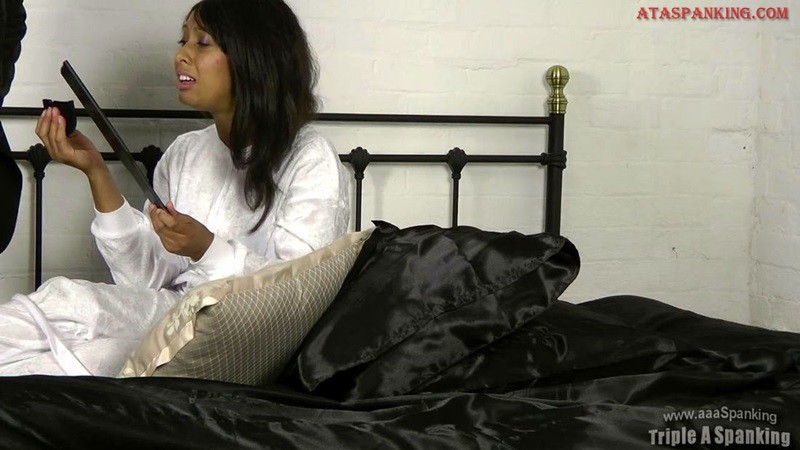 Danielle Hunt had been confined to her Dorm Room awaiting her latest punishment in the embarrassing “Discipline Dropseats”. A humiliating piece of clothing as any girl at this private school would know that anyone wearing this item was about to be punished… this helped enforce the room confinement and making trips to the bathroom down the long corridor fraught with worry. Cruel? Perhaps… but these rules were in place for a reason, so when Mr Osborne arrived, he discovered that Danielle had also been using a hidden phone which was strictly forbidden! He immediately set about punishing her with her dropseat pants pulled down revealing her full naked bottom… she was spanked, given the hairbrush & then the nasty composite paddle that was a personal favourite of his as he knew this really, really stung like hell! However, her naughty buns of steel broke his cherished paddle: You will see the end of an area at Triple A as one of our much cherished implements met its match with Danielle Hunt! 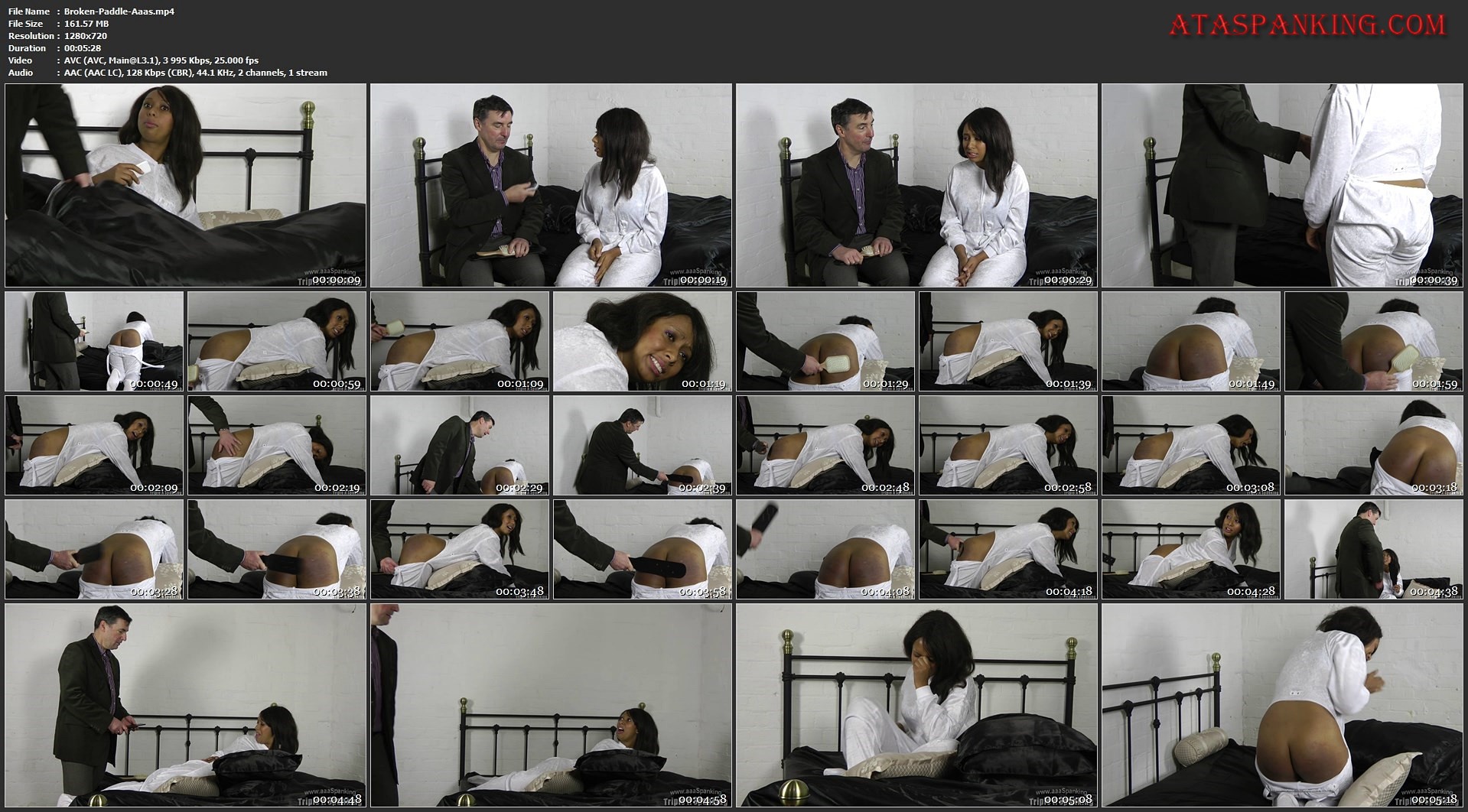