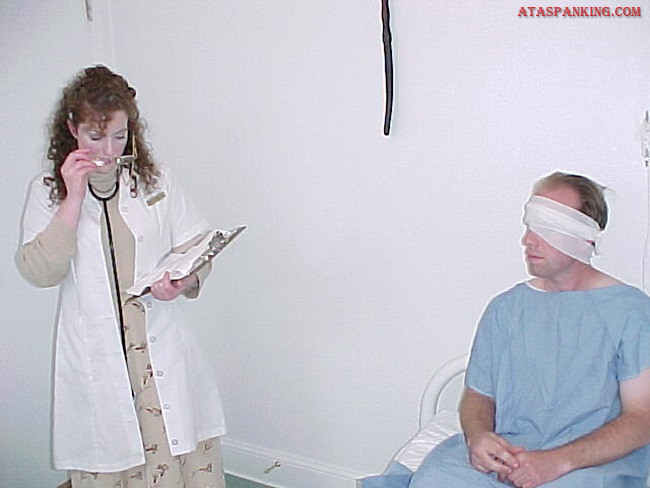 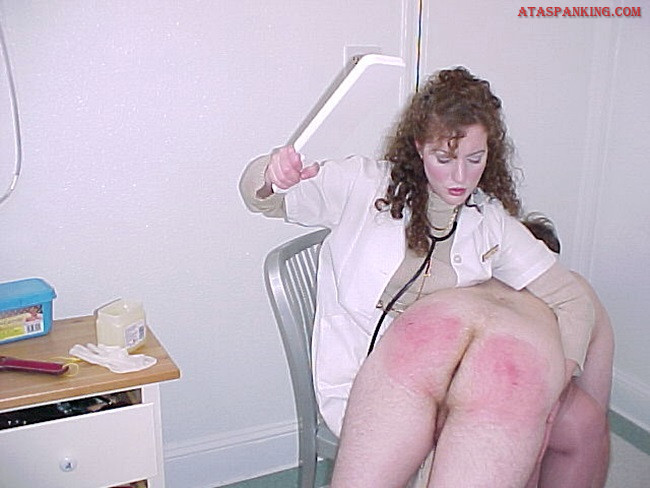 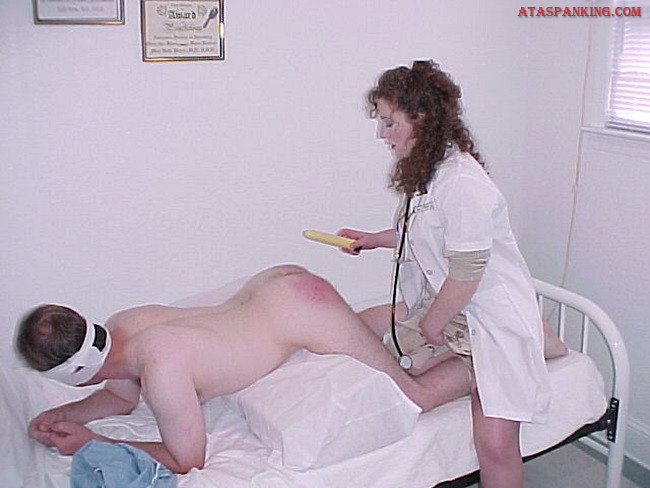 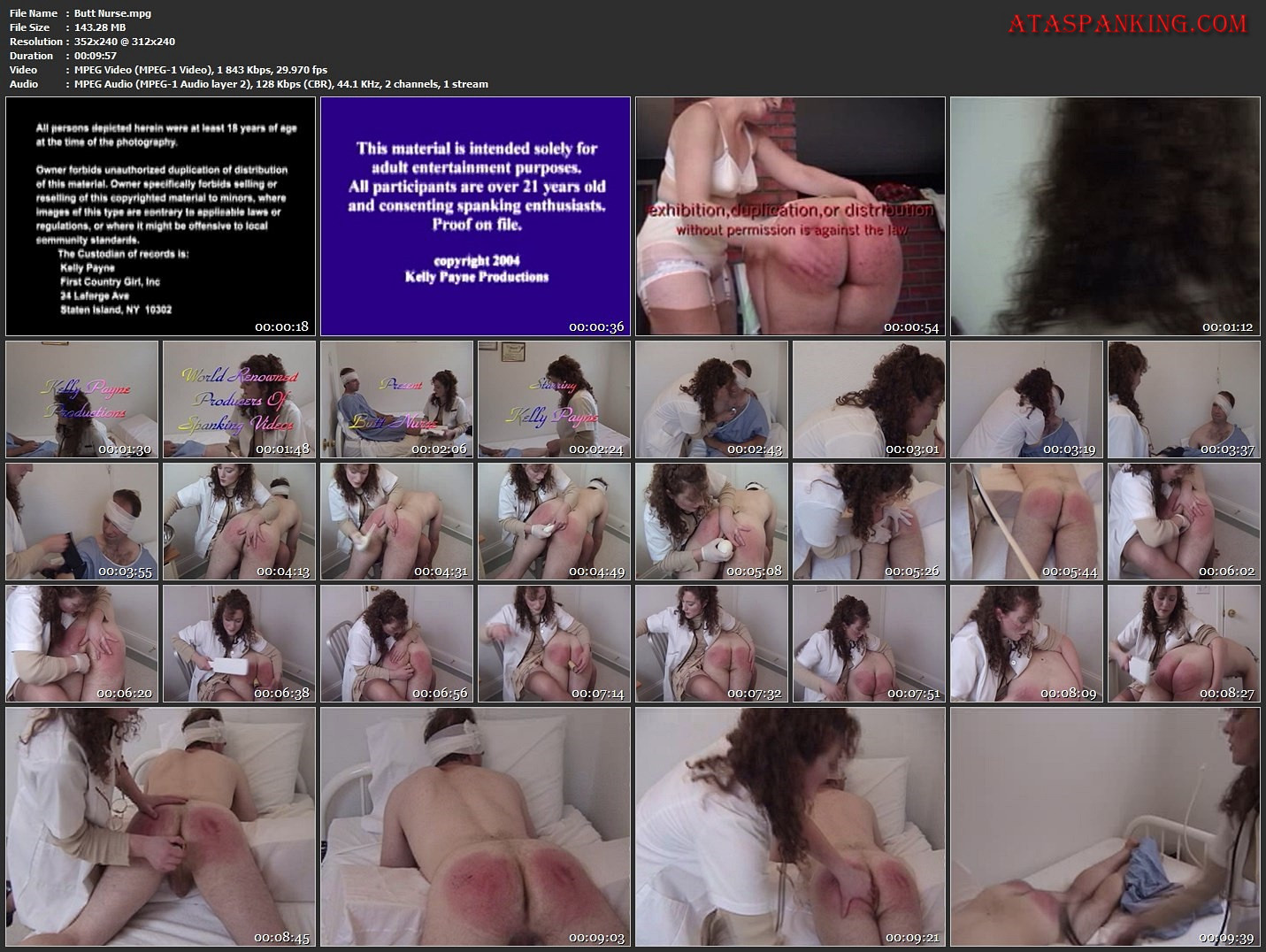 After a number of complaints from the nurse about a patient continually harassing them. The doctor decides totake matters into her own hands. On the day of his release the doctor pays him a visit for a complete physical examinationbefore discharging the patient. She warns him that he will not get away with this kind of behavior and if he tests her will be sorry. When she tells him she must give him a rectal exam, he puts up a fight and gives her a hard time.

Without hesitationshe turns him over her knee and spanks him hard on his bare-bottom and gives him the exam. She decides he is need of an enema, but before she could begin explaining he starts yelling and answering her back. She fixes him with a good hard paddling and strapping on his bare-bottom and then administers a number of bulb enemas. This is a hand OTK bare-bottom spanking, strapping and paddling with rectal temperature, bulb enemas, bag enema and rectal play.