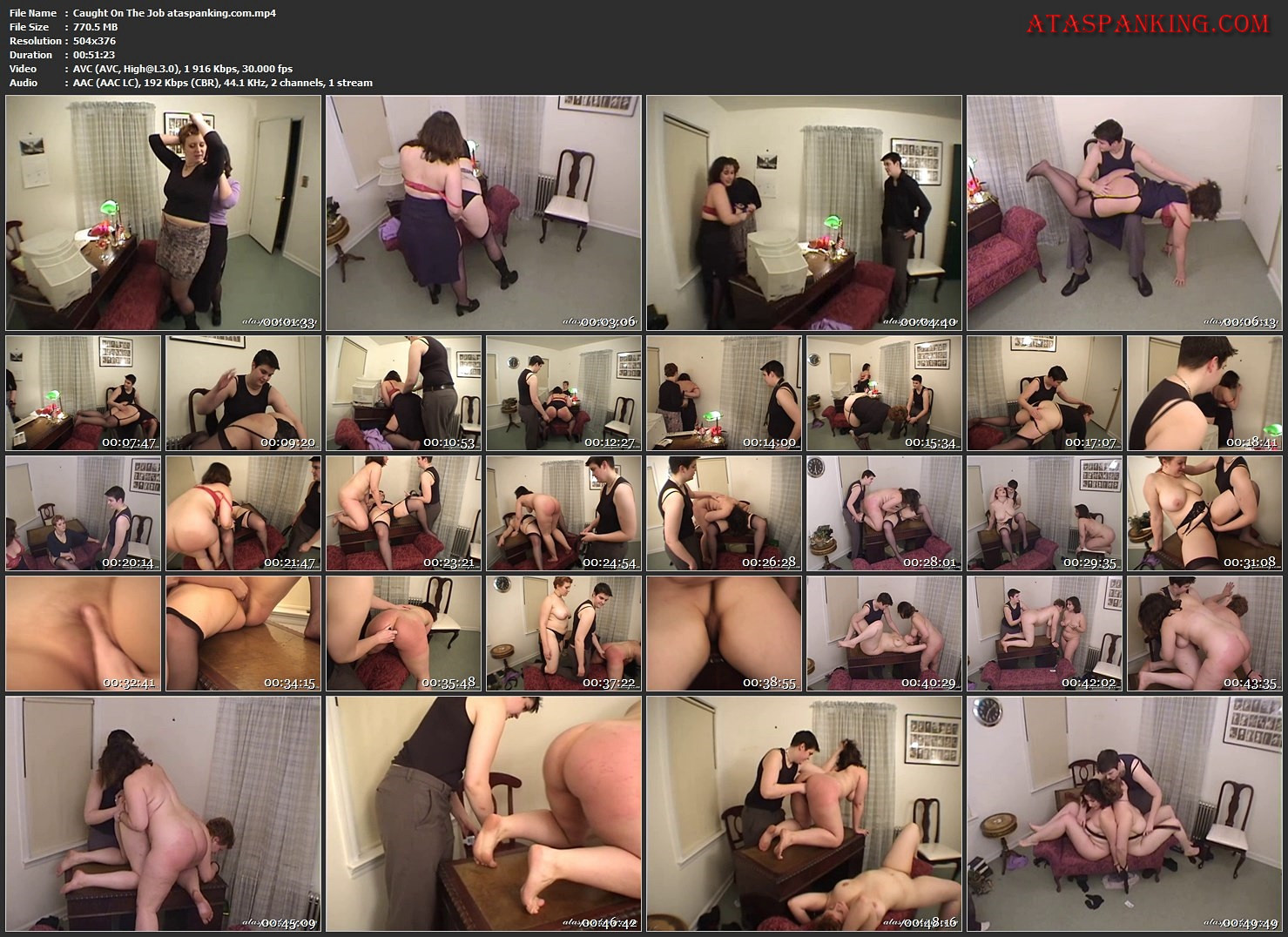 Elizabeth was hoping her first day on the job would go smoothly, but her naughty co-worker Sara got up to some mischief instead. Sara came into Elizabeth’s office to introduce herself. She had told Elizabeth that the Boss is gone for the day and that they can do anything they wanted in there in the office. Sara had an idea to celebrate Elizabeth’s new job. Elizabeth took out her radio and started to dance and strip at the same time. Sara started to get very hot from the way Elizabeth was dancing and joined her, helping her take off her clothes.

While kissing and touching each other, they had no clue that their boss came back for the day and caught them. The Boss, Sue, was so surprised to see this going on in her company. She immediately grabbed Sara and started to hand spank her while Elizabeth watched in fear. Sue punished the both of them, with a hard over the knee spanking to teach them a lesson. Since the naughty girls had taking advantage of the boss Sue and the company, Sue wanted to turn the tables on them, and give both Sara and Elizabeth what they deserve.