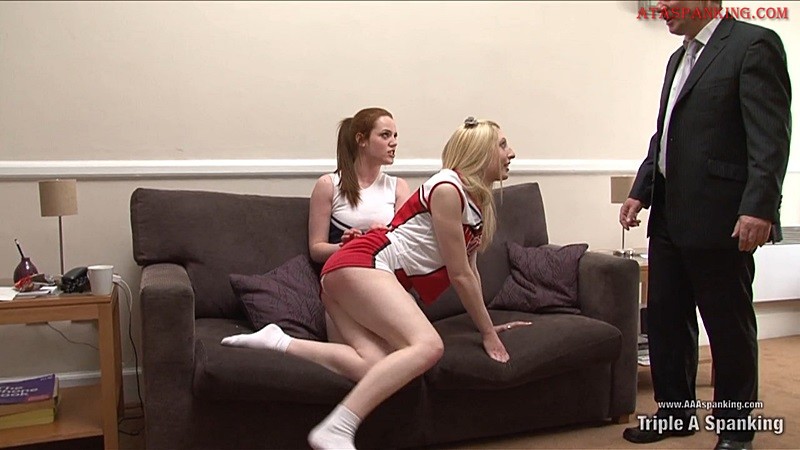 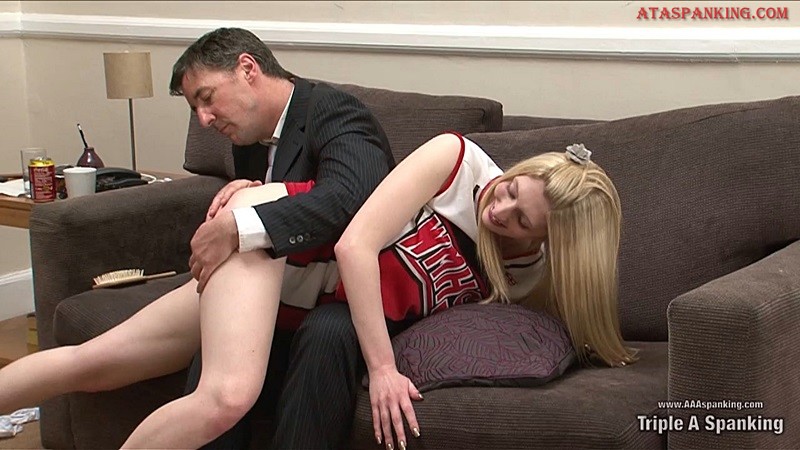 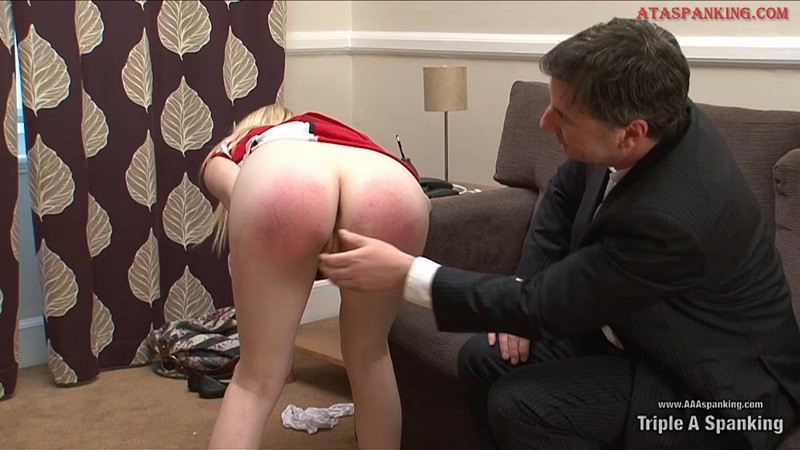 Zoe invited her rival cheerleader captain to her home for a full explanation as to why Jessica’s girls were copying Zoe’s routines. This soon descended into a heated argument then the girls fought until Zoe subdued Jessica & started spanking her for being a brat! Just as Zoe got in her stride to really teach Jessica a lesson, her father came home & sent Zoe to bed early for daring to use his own methods of correction. Before that, he ordered Zoe to bring the spanking implements & Jessica’s punishment continued over John’s lap when she got the whacking of her short life. It included a nasty hairbrush punishment which brought her to real tears & she soon learnt her lesson, unable to withstand the punishment given to her. Fans of Jessica’s very real fearful reactions will not be disappointed to know this film is a little “beaut” with her dressed up in that cheerleader outfit, her red rump sure looked mighty fine! 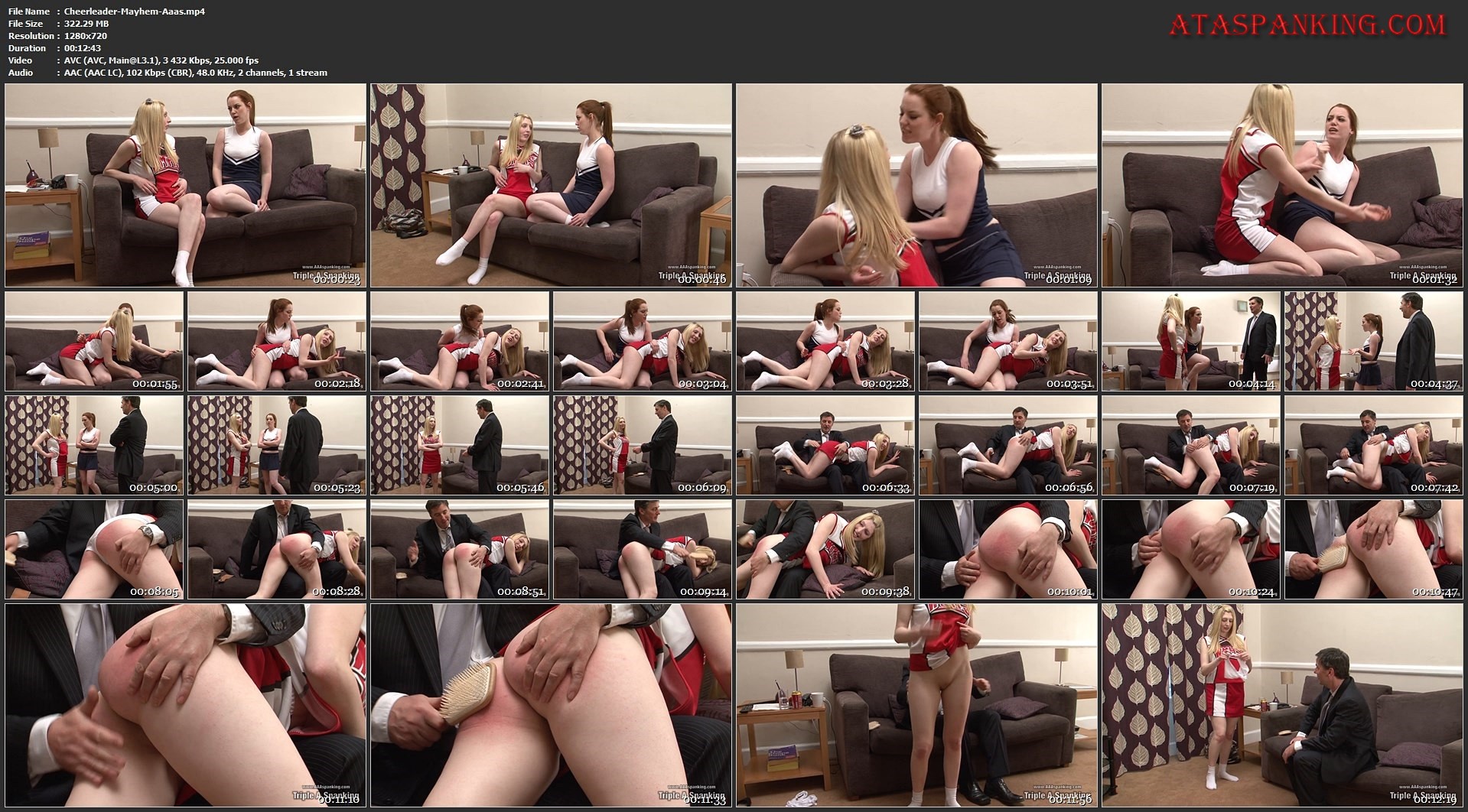