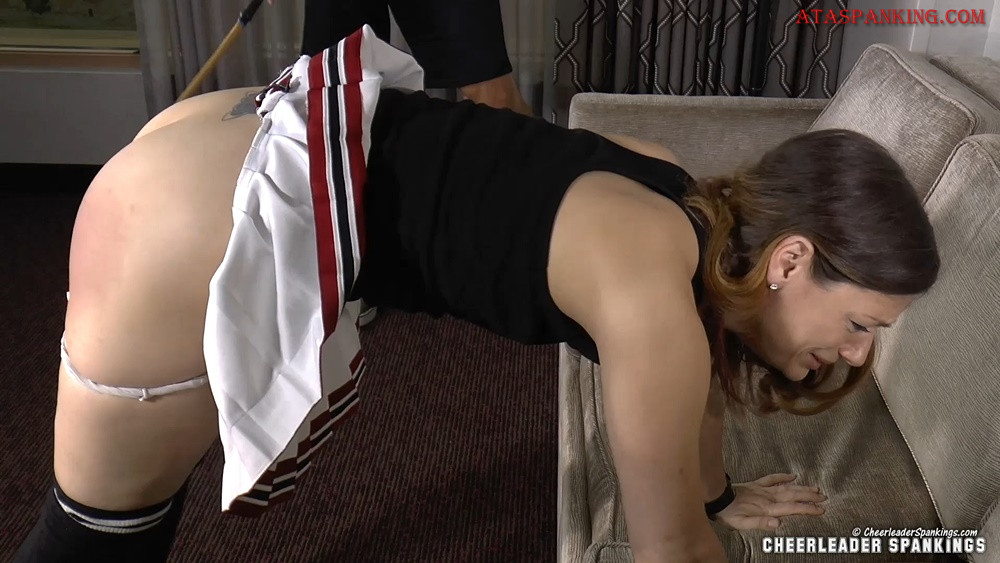 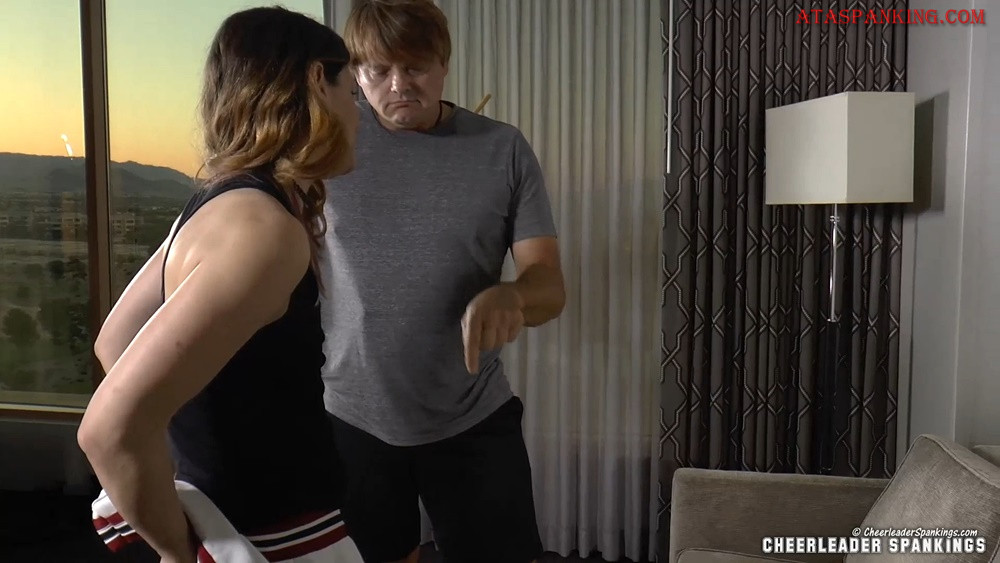 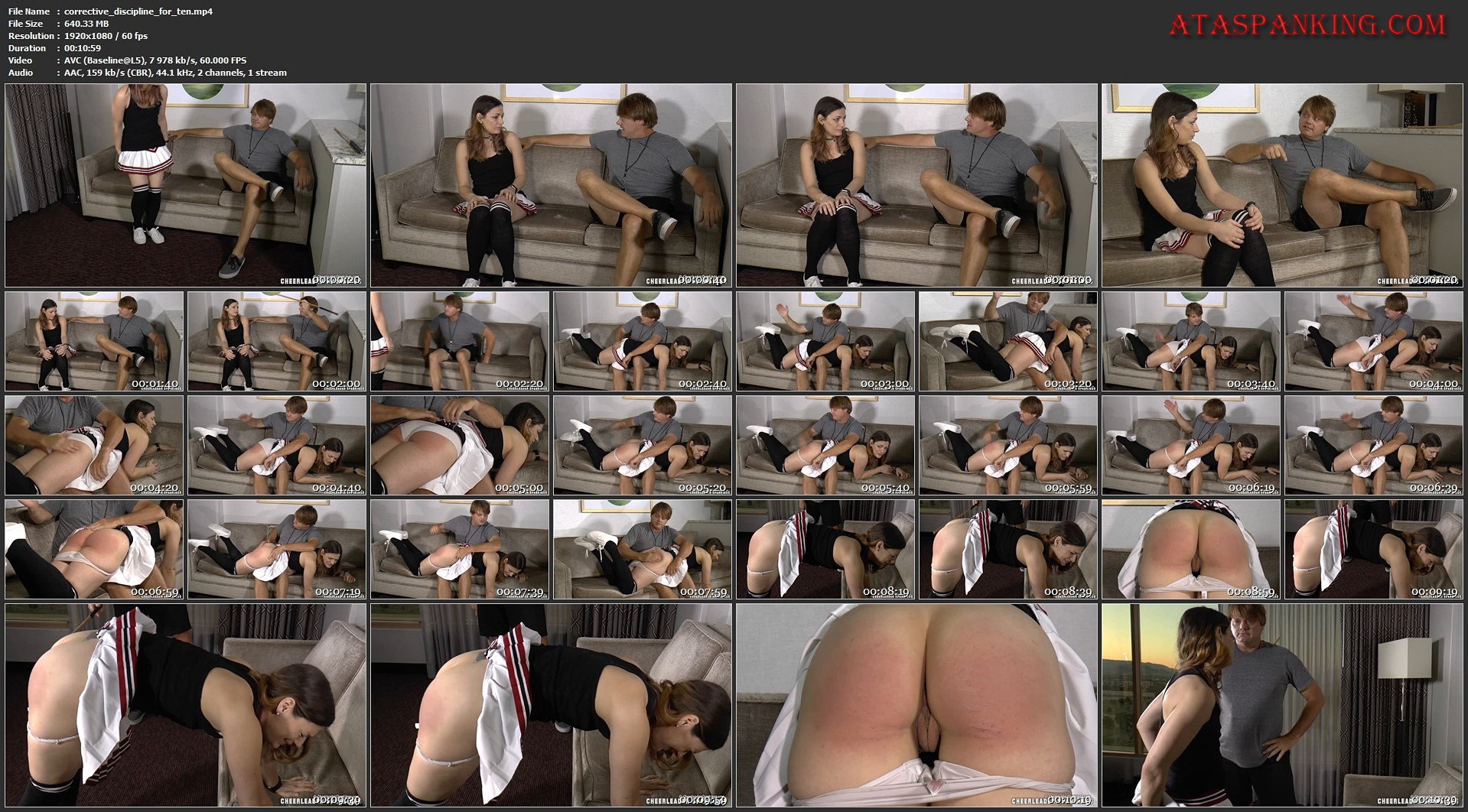 Ten Amorette has been asked to see Head Coach Lake in his Office after she turned up late for practice yet again. Coach wants to find out exactly why her attitude and recent poor behavior has fallen below an exacting standard he expects from his best members of the school’s top cheer elite. He is in no mood to be messed around with, not since the coaching staff are so busy with the new routines that the girls are now learning. He has seen Ten in this lost headspace before and suspects that she is seeing another loser boyfriend. His suspicions are confirmed and he has just the remedy, only she will get an additional twelve hard strokes of his cane as well as a spanking punishment. Ten knows this is going to really hurt and even though the spanking is embarrassing when he pulls down her crisp white panties, she can’t help but think about that awful thick cane! When it is time, she is bent over, bottom out and exposed as the first of twelve biting strokes hits her bared flesh. She wants to cry out but knows that she has let down the other girls so grits her teeth and takes each nasty, mean, calculated stroke. Coach knows this corrective punishment will help Ten focus on her being the best cheerleader he knows she can be! 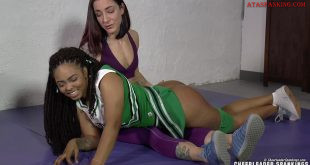 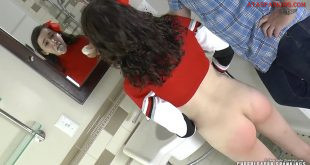 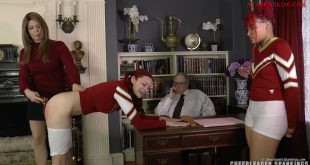 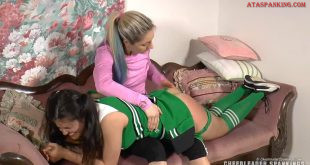