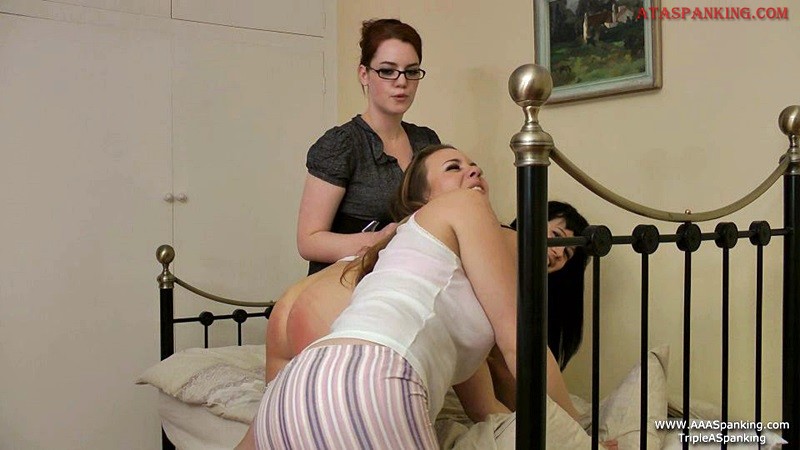 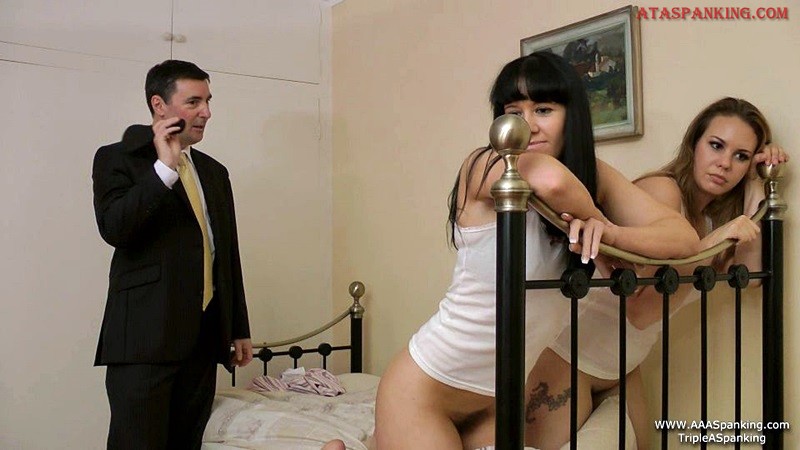 Aleesha should have been in her own room studying before bedtime instead of gossiping with her dorm neighbour, Jenna. The girls were discovered chatting & giggling by Miss Page, on her way out for the evening before a final check of the Dorms. It was just as well, the girls were mischievous & answered back too quickly so she spanked them both & just happened to possess a handy leather paddle on her person to wipe the smirks off their faces. Mr Osborne well known for his continual patrolling of the girls corridors at all times on the lookout for trouble heard the commotion & graciously took over from Miss Page’s efforts to allow her a night out whilst he finished off chastising the girls with his hand & hairbrush that soon had both girls bottoms turning red with shame rather quickly! Dorm style PJs & giggling sassy girls getting what they deserve? It’s a very likeable film, we hope you enjoy viewing it as much as we did making it! 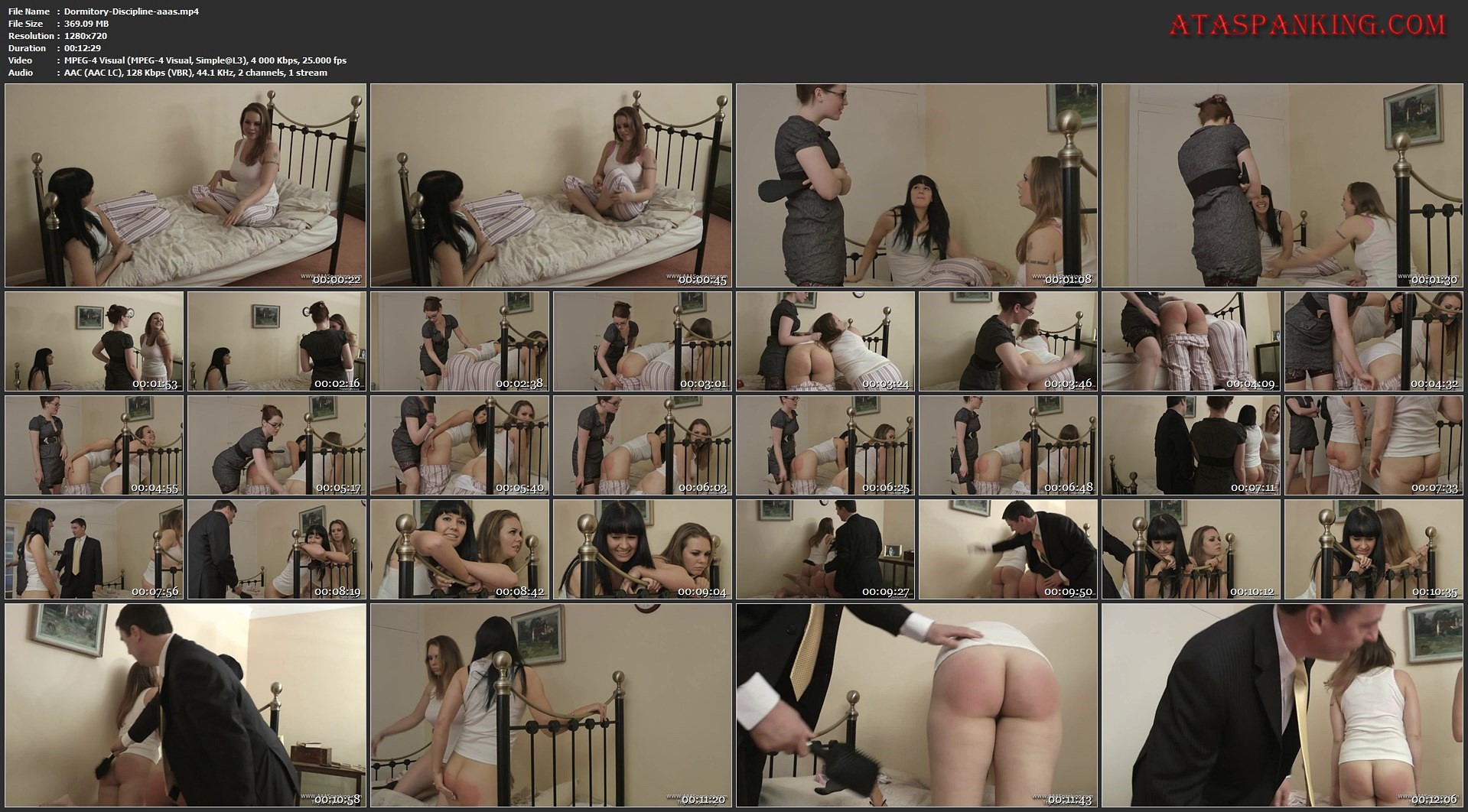