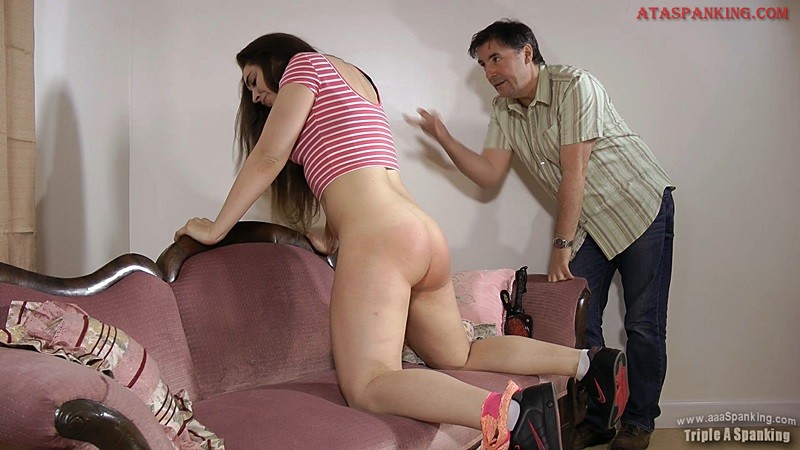 Hot Brazilian Au Pair, Adriana, was still mad from the humbling night she had watched her beloved Brazil get thrashed 7-1 by eventual Champions, Germany, in the World Cup Soccer Semi Final. This made her even more surly and aggressive and her work around the house that she was looking after just went from bad to worse! John could understand the shame of one’s country affecting judgement and behaviour, after all, he was English and his national team were even worse! However, this was no excuse to behave like some jumped up foul mouthed brat and he knew she needed discipline in the old fashioned way as soon as possible. He dragged her across his lap and started spanking her which turned the air blue with Portuguese expletives… her foul mouthed ranting continued as the punishments got harder across her young bare bottom when a leather paddle and a heavy wooden hairbrush were also used to teach this feisty madame that a little humility could go a long way! If you understand Portuguese, apologies in advance for the foul potty mouthed Adriana! “Vai Brasil!” 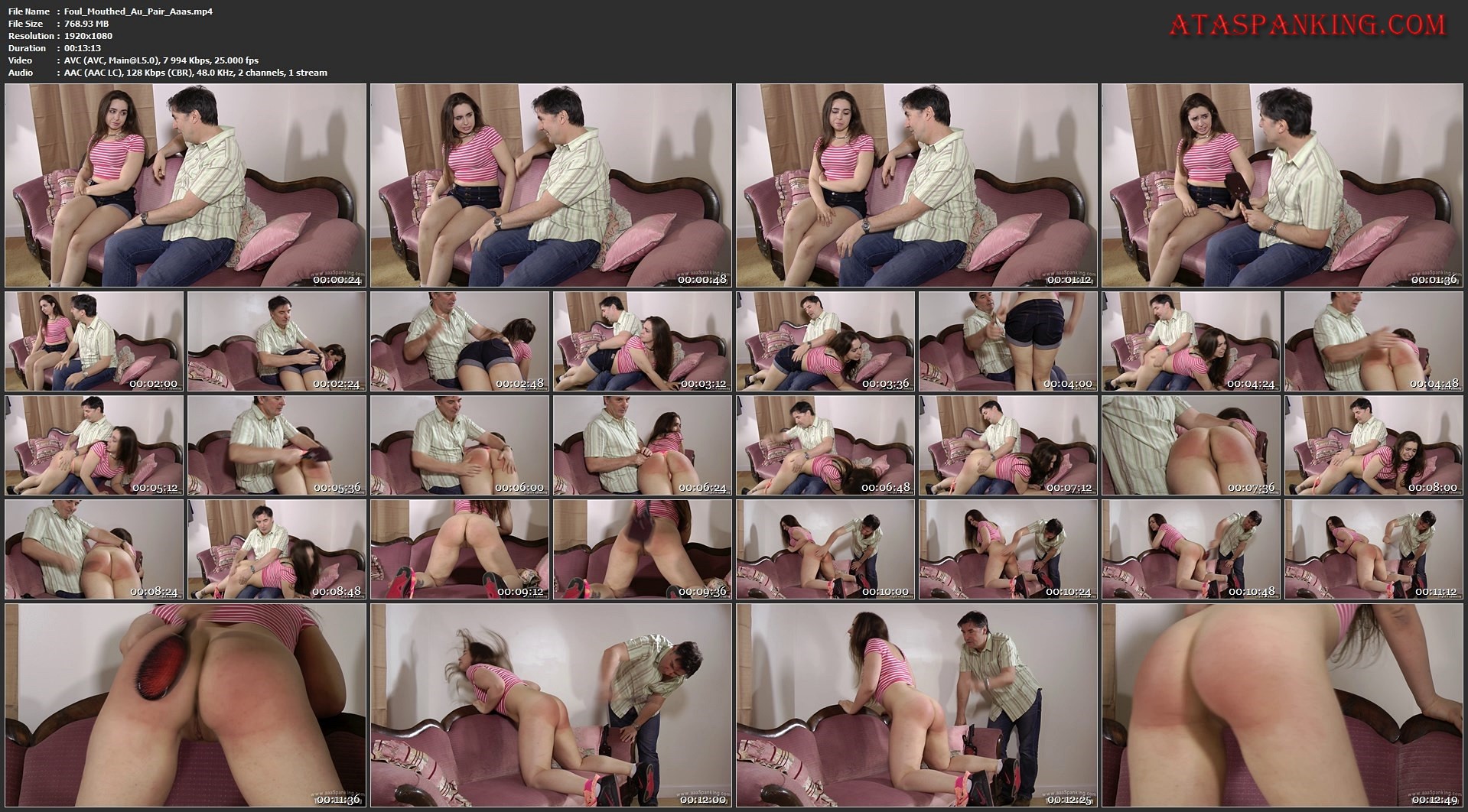