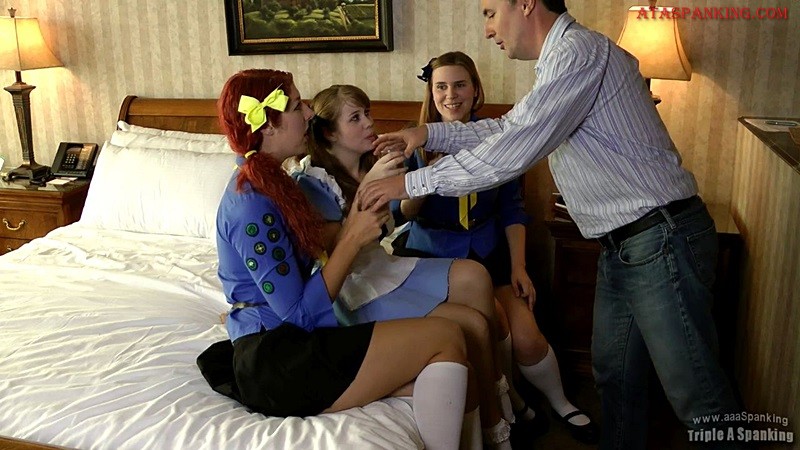 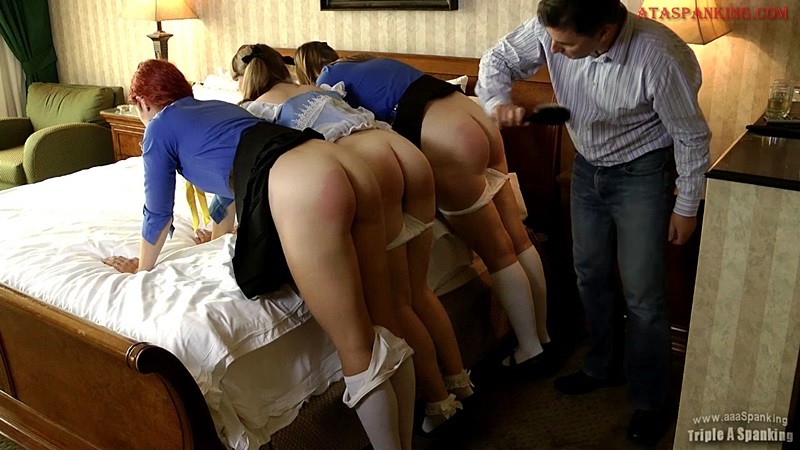 The girls are getting ready at John’s place for their Halloween Party night out. He kindly allowed them space and comfort to get ready and catch up on girly gossip as the 3 girls hadn’t seen each other for some time. However, they abuse his trust by bringing alcohol and dressed up very inappropriately. Maddy and Alex were dressed up as teenage Girl Guides and Christy had a very short Alice in Wonderland dress that left nothing to the imagination! John was called back to his serviced apartment when he was informed that there was a rowdy commotion going on. The girls were getting drunk and the TV was blaring out disturbing the neighbours. He was rather embarrassed and with the complete abuse of trust, it could mean only one outcome for the girls. They would get a horrid spanking punishment before being let out to their party and he wanted to make sure that their bottoms would be glowing bright red for all to see how wicked they had been. Some great facial reactions, sore red bottoms and bratty behaviour from the girls with some equally forceful heavy wooden paddling and hairbrush punishments to kick start the Halloween Holiday! Also notice 2 fantastic debuts for any British Spanking site with Christy Cutie and Maddy Marks from sunny California! 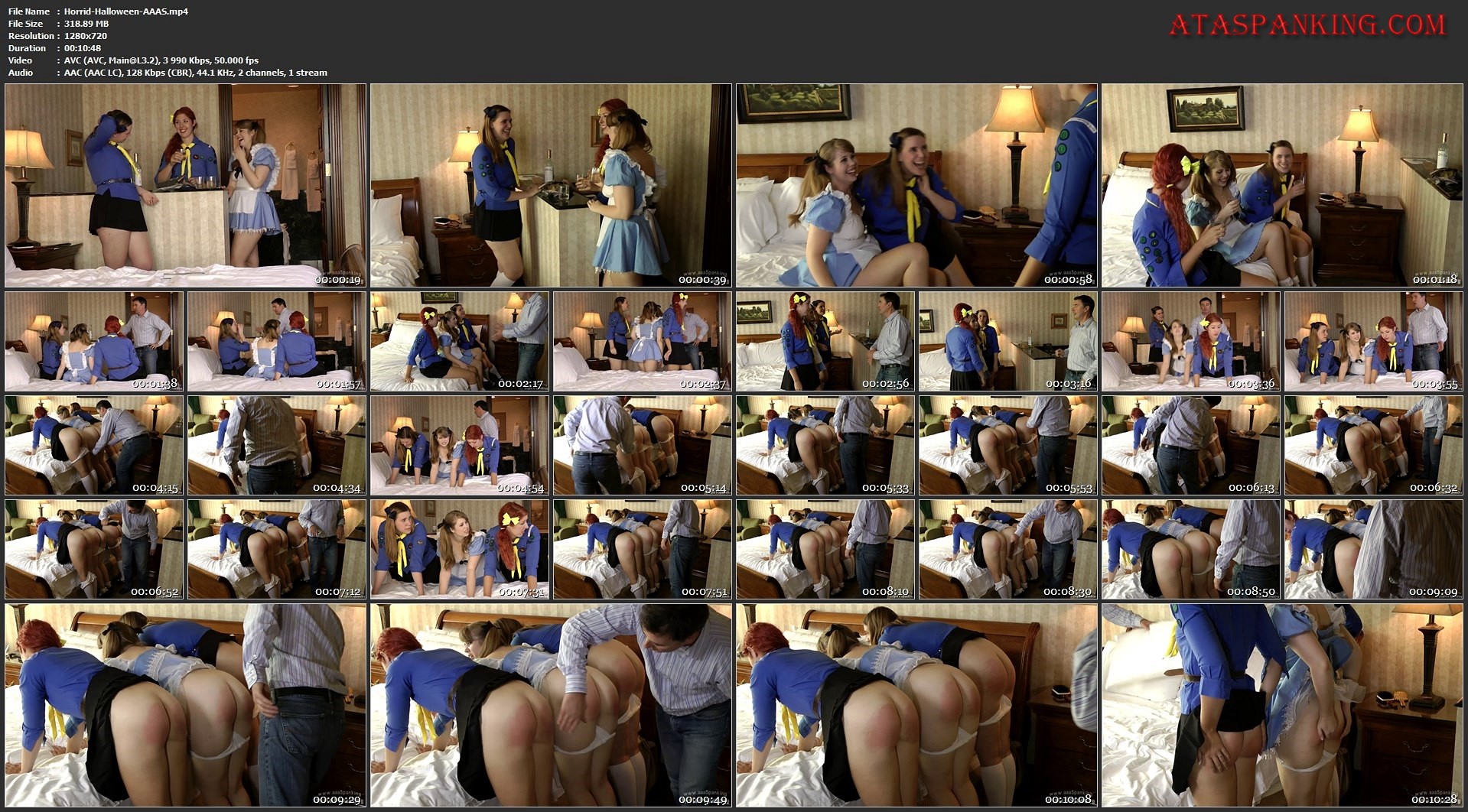