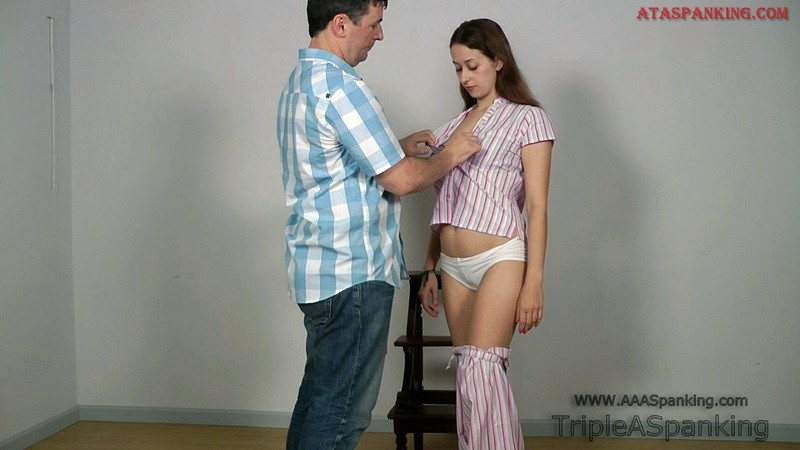 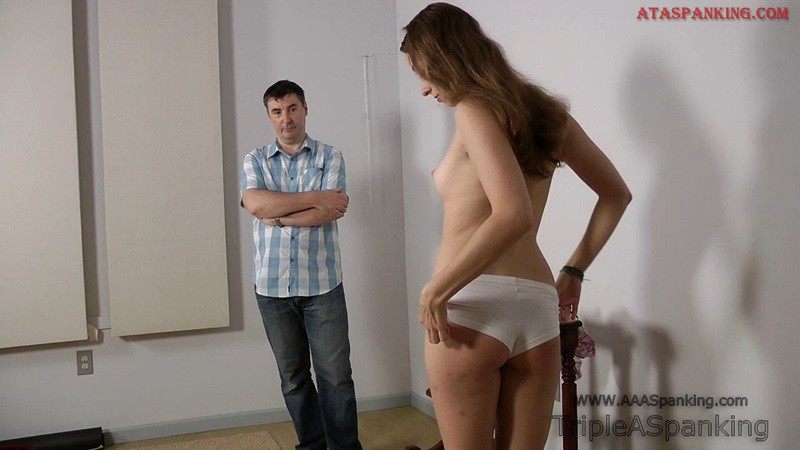 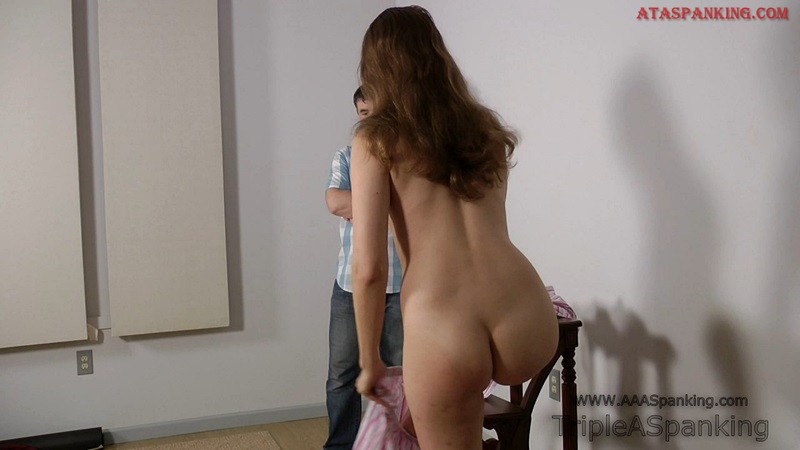 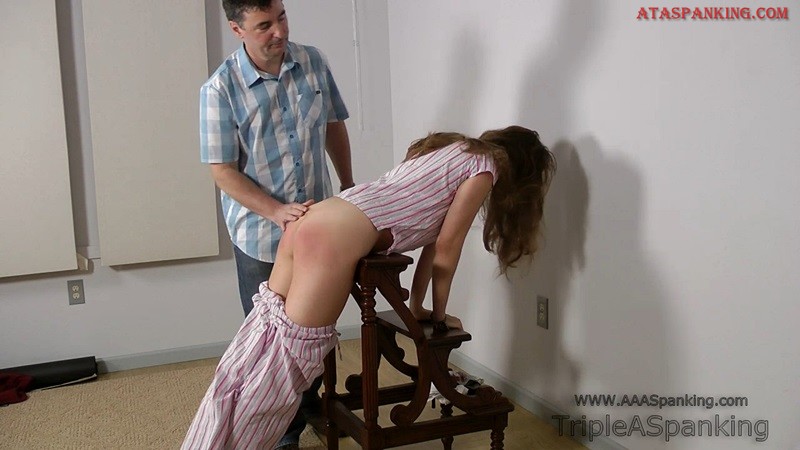 Joelle was waiting for her all too often bedtime spanking and once again she dared to defy his wishes to avoid wearing underwear below her cute PJs. He knew her all too well and a quick inspection revealed she still had her bra and panties on which infuriated him! This time she had gone too far and this simple spanking punishment turned out to be a little more humiliating and memorable for Joelle, who could just finally learn this time that blatently disregarding House Rules would result in much sterner measures! Firstly, Joelle was made to strip off completely naked in front of him, she was asked to hand him her panties and bra, then he watched her put on her PJs again, as they should have been. Then the punishment begun, but not with the hand, this had merited the heaviest and nastiest punishment hairbrush that he could find and her tight bottom was not spared at all. Watch some fantastic reactions from Joelle who looked amazing in those cute authentic English PJs. This was one of John’s favourite short sharp shock movies that had very little intro dialog and just went straight into the action, we are sure you will all enjoy viewing this beautiful bratty damsel in distress! 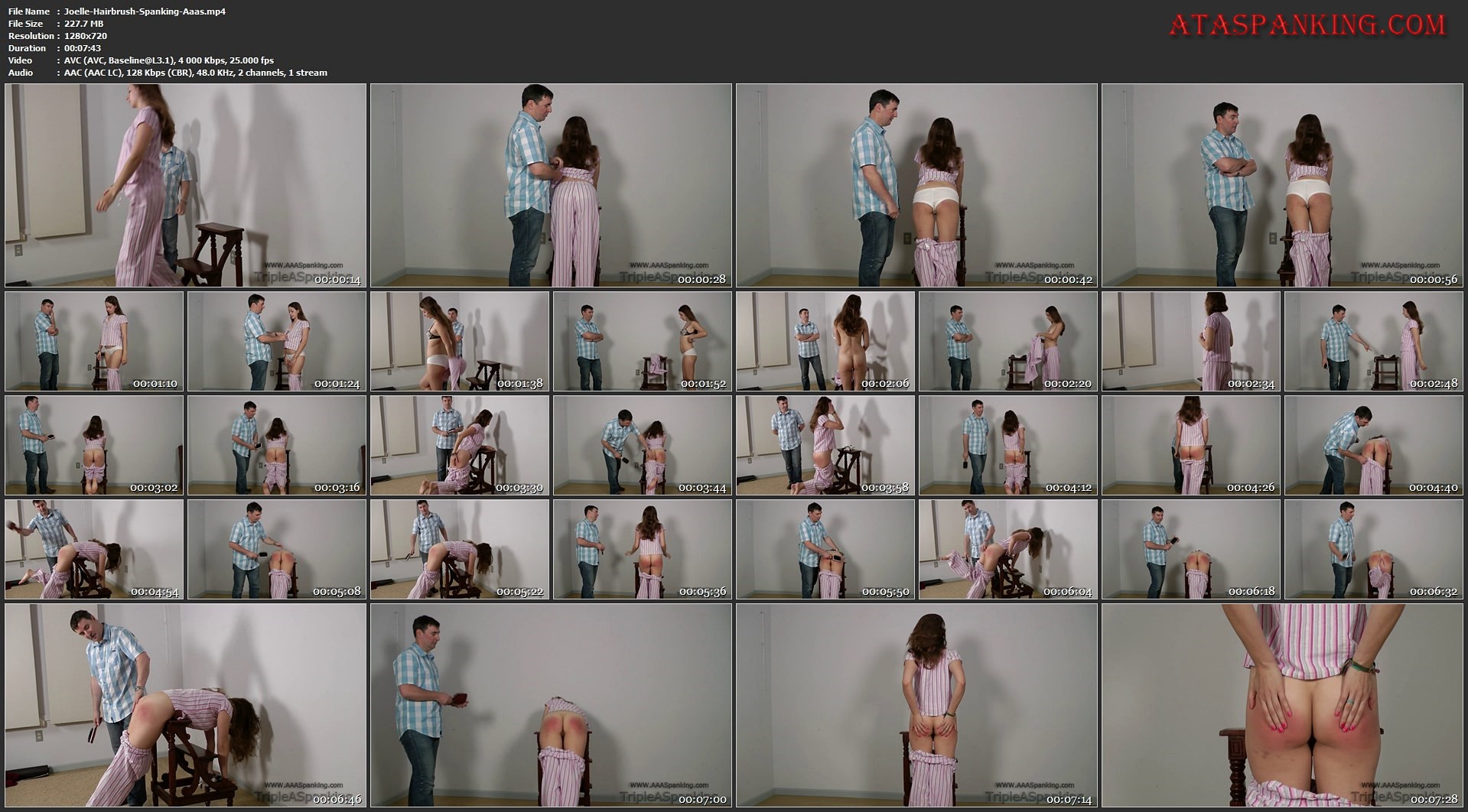