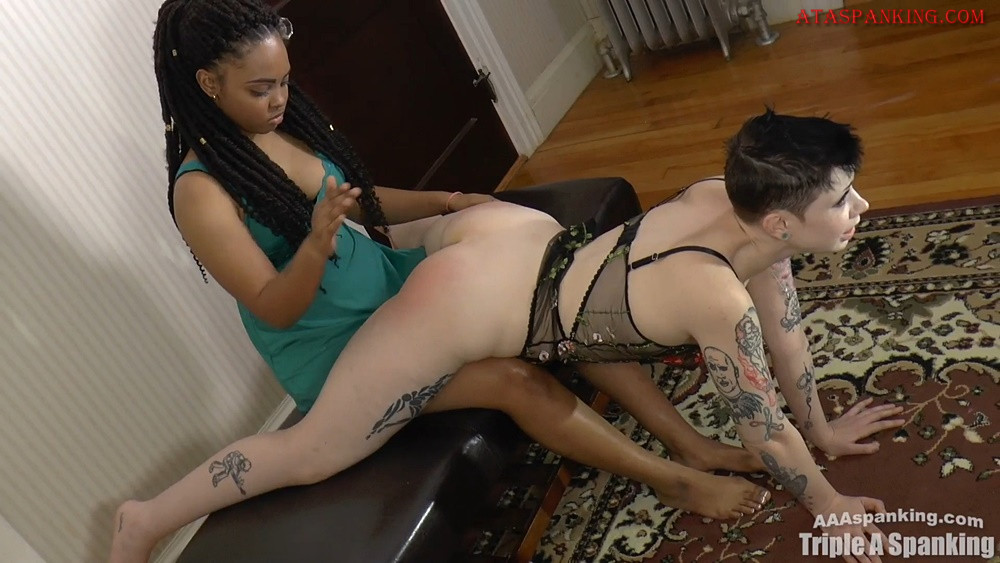 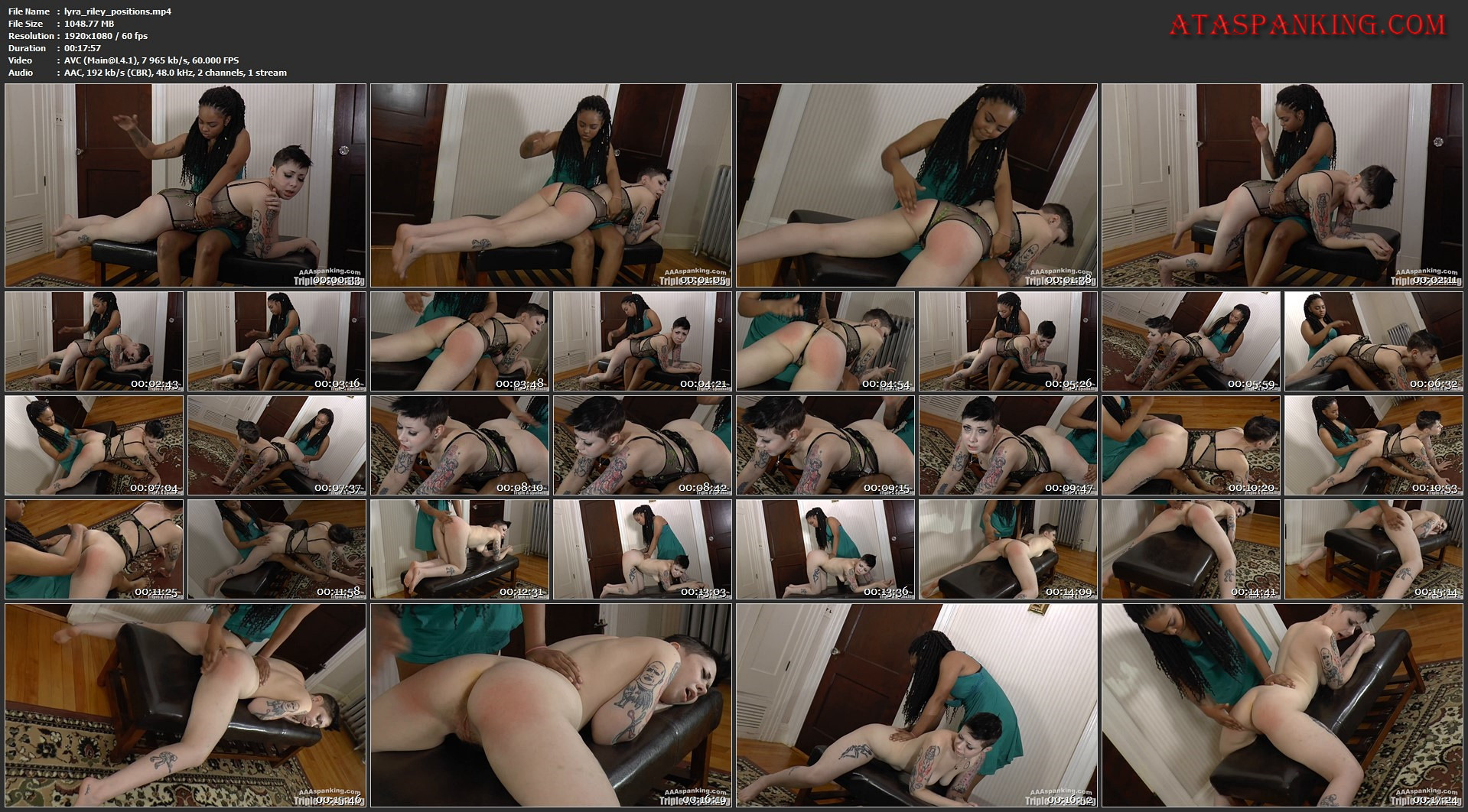 The latest film from our popular “Spanking Positions” series features Lyra receiving a variety of spankings from Riley. This is Riley’s first time as the spanker and she is a natural switch… enjoying her role with an eager and submissive Lyra who wanted to try the various spanking positions Riley had planned. First, Lyra is spanked and wedgied in a traditional OTK position. Watch Lyra’s bottom turning red and feeling the burn of the uncomfortable wedgie. This is followed by the sexy (and for some, humiliating) wheelbarrow position. We capture every possible angle as Lyra’s bared, jiggling cheeks are expertly spanked and reddened to perfection. The finale sees Riley place her submissive on all fours over the bench so she can spank Lyra’s bared and exposed parts more easily. By the end, Lyra is laid out over the bench, her legs splayed and her cheeks a beautiful speckled red.