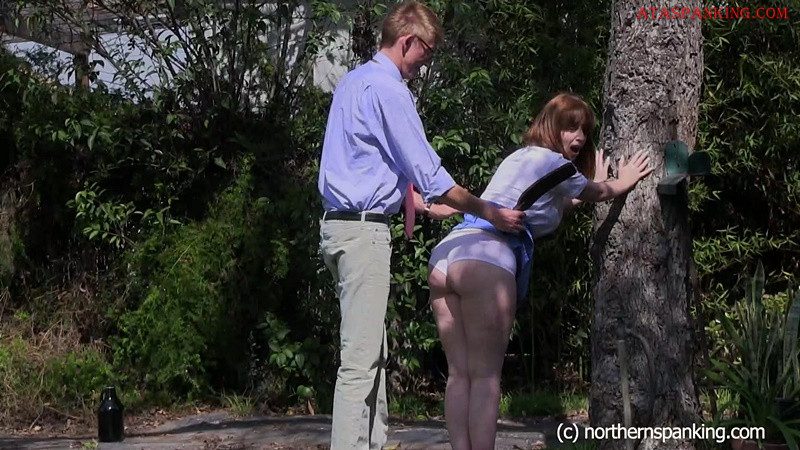 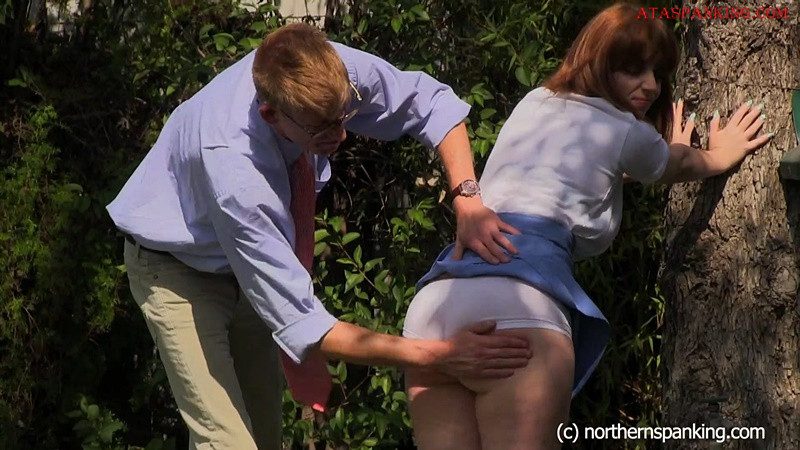 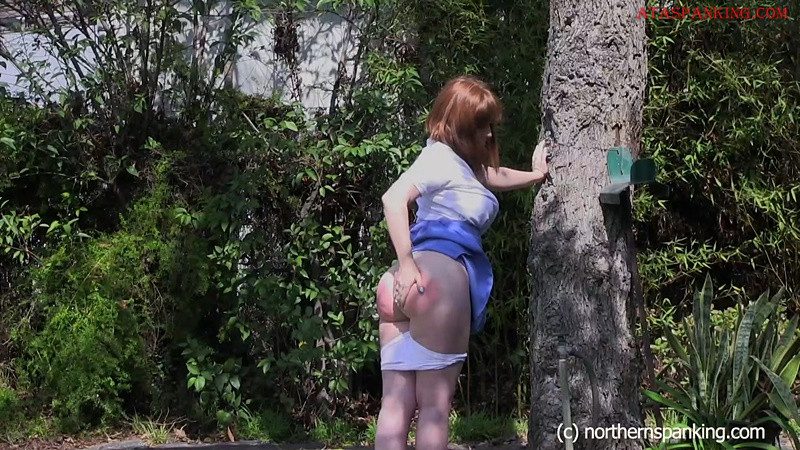 Firstly, this is an old film from when we first started filming in Los Angeles. And its an outdoor film when we didn’t have good enough sound capture! Hopefully Ginger’s delightfully reddening bottom makes up for the audio shortcomings!

On his morning tour of the grounds, Headmaster Kennedy discovers notorious troublemaker Ginger Sparks lurking in the shrubbery. Investigation reveals two hidden flagons of her Daddy’s legendary home brew! (He’s tried it himself, he knows how lethal it is!). Ginger has been selling shots of it from the commissary!

While admiring her entrepreneurial spirit, nevertheless she needs a spanking, right there in the grounds in view of anyone who may be watching! Despite a thorough smacking with his hand, and a panties down leathering with his paddle, Paul feels sure that Ginger’s bottom still doesn’t burn as badly as his throat did the last time he sampled her Daddy’s moonshine!