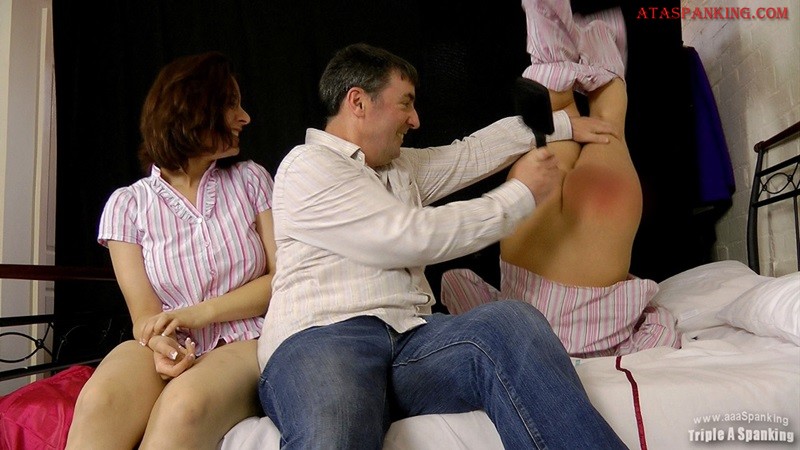 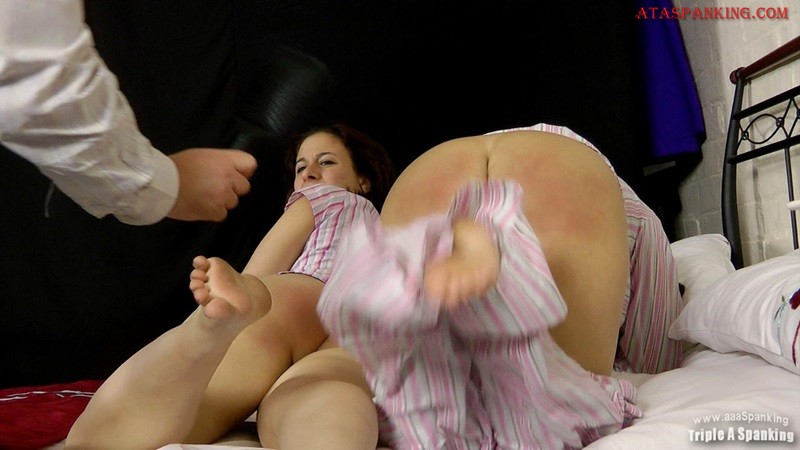 Sometimes we can’t hide the fact that we enjoy making our films and this little movie was nearly overlooked as our stressed out webmaster thought this film had already been published! Oops! Now as it co stars Sarah Gregory voted spankee of the year 2012 we thought it wise to show you this film sooner rather than later and as a fantastic bonus it also had a giggling and very bratty Donna Davenport giving John a hard time over his huge stash of spanking magazines that both girls had found in a bedside cabinet whilst they were stopping over at his place. The girls made fun of him but not for long as first Donna then Sarah got a rather hard and we do mean hard! OTK spanking followed by a heavy hairbrush. It’s a fun pacy film and the spanking punishment dished out was more than sufficient to make the girls realize John meant business! Don’t miss this film which will make you smile, it’s a great little piece of spanking fantasy entertainment! 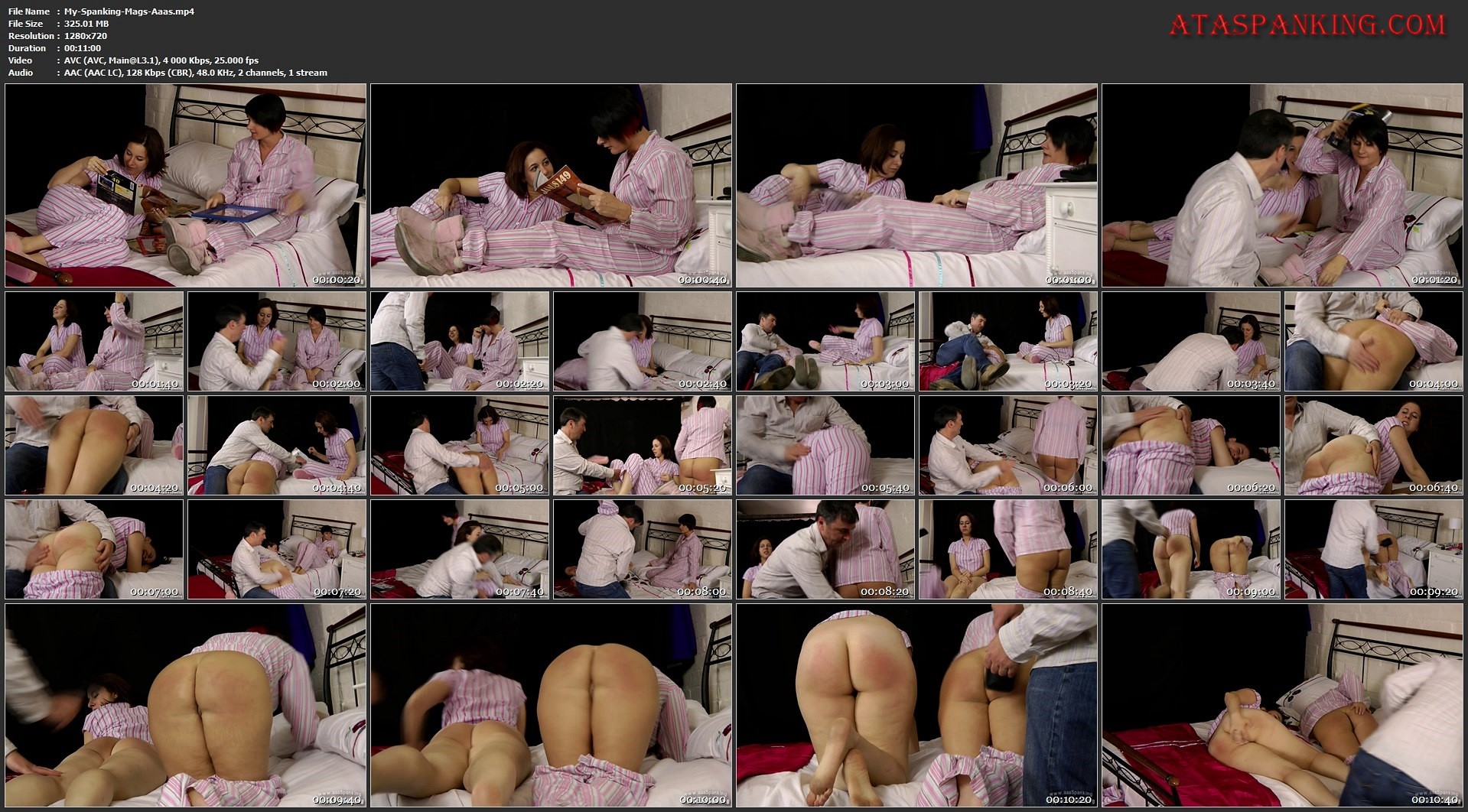