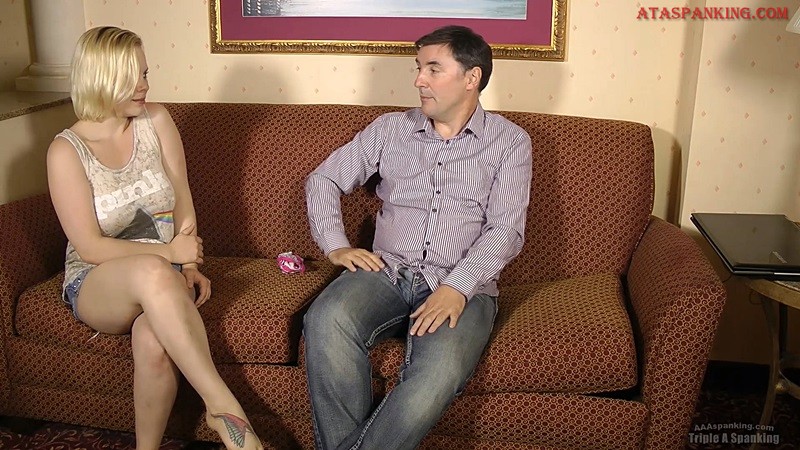 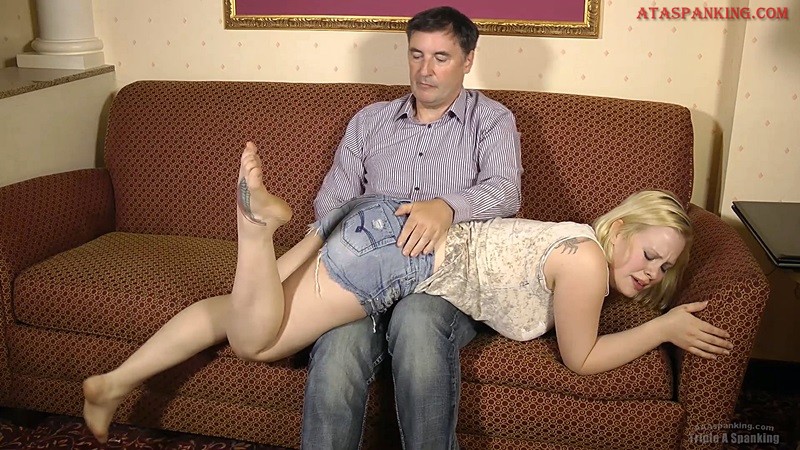 This was an unusual & humiliating discipline session for Stevie Rose who was on a long punishment schedule learning the basics of doing as she was told, in this case, Stevie had to wear pull ups like a baby girl because she had been wearing provocative panties & short skirts to attract boys back at the house. Finding a loose pair of worn panties was the final straw when John sat down on his sofa. She was summoned & searched… her defiant attitude & the fact she had slutty denim shorts on without panties only made things worse! She was spanked over his knee… & as this was a house of discipline, implements of correction were never far away. Unfortunately for Stevie that room contained a hairbrush & a nasty 3 tailed leather strap she hated as it would heavily mark & sting her bare bottom. The final part of her contrition involved her changing into the ugly pull ups she should have been wearing & this felt especially painful over her very sore red bottom. 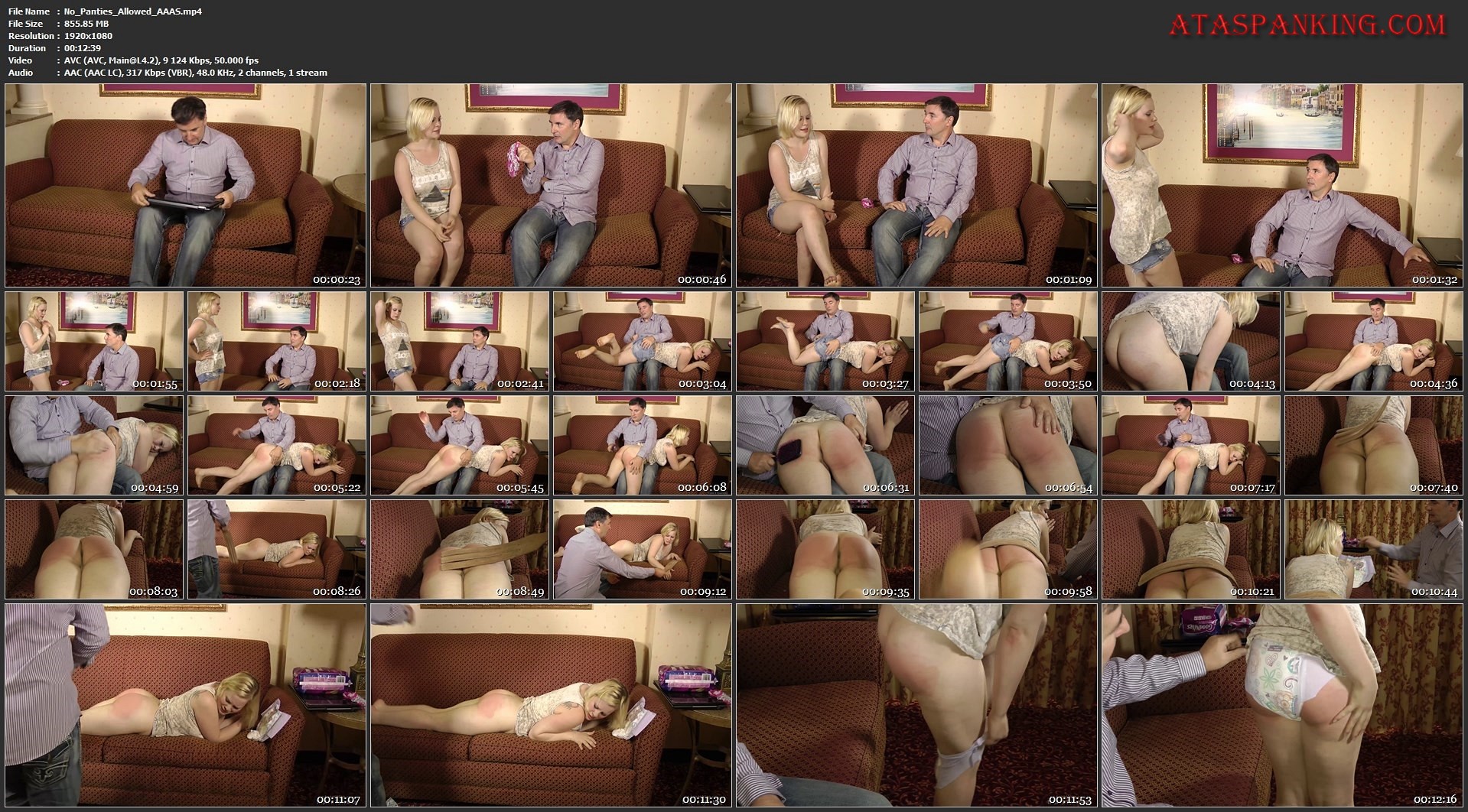