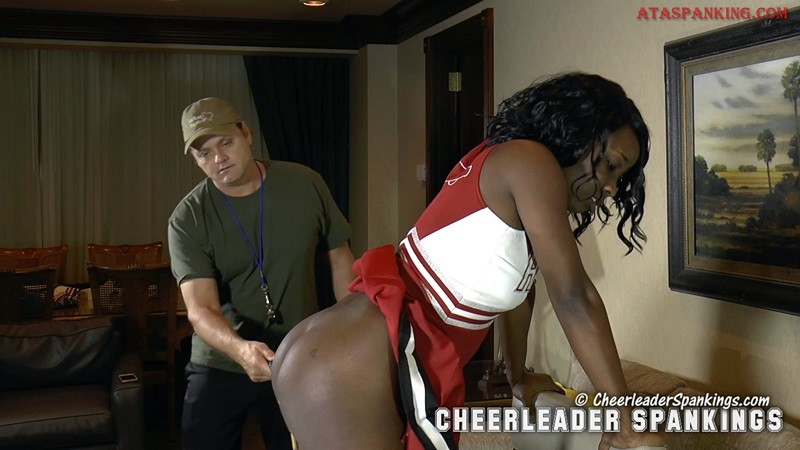 Nuna Starks was one of the best cheergirls on the squad but her attitude had been shocking during the latest trip away supporting their school team. Coach Johnny Lake had been searching for her as her disappearance had been delaying the squad’s return to the airport and he found her sleeping in her room! This was the final straw as far as Coach was concerend. He checked he had time before the shuttle left and used it wisely to punish this lazy girl in a very special, nasty wake up call she wouldn’t forget in a hurry. A hard bare bottom spanking over his lap followed by 6 strokes of his favorite heavy “stick” with her prostrate in an all fours position that really got the message through! See Nuna in her most severe and humiliating film dressed in an authentic cheergirl uniform. No one does cheerleader spanking punishments like we do and this film proves the case once again! 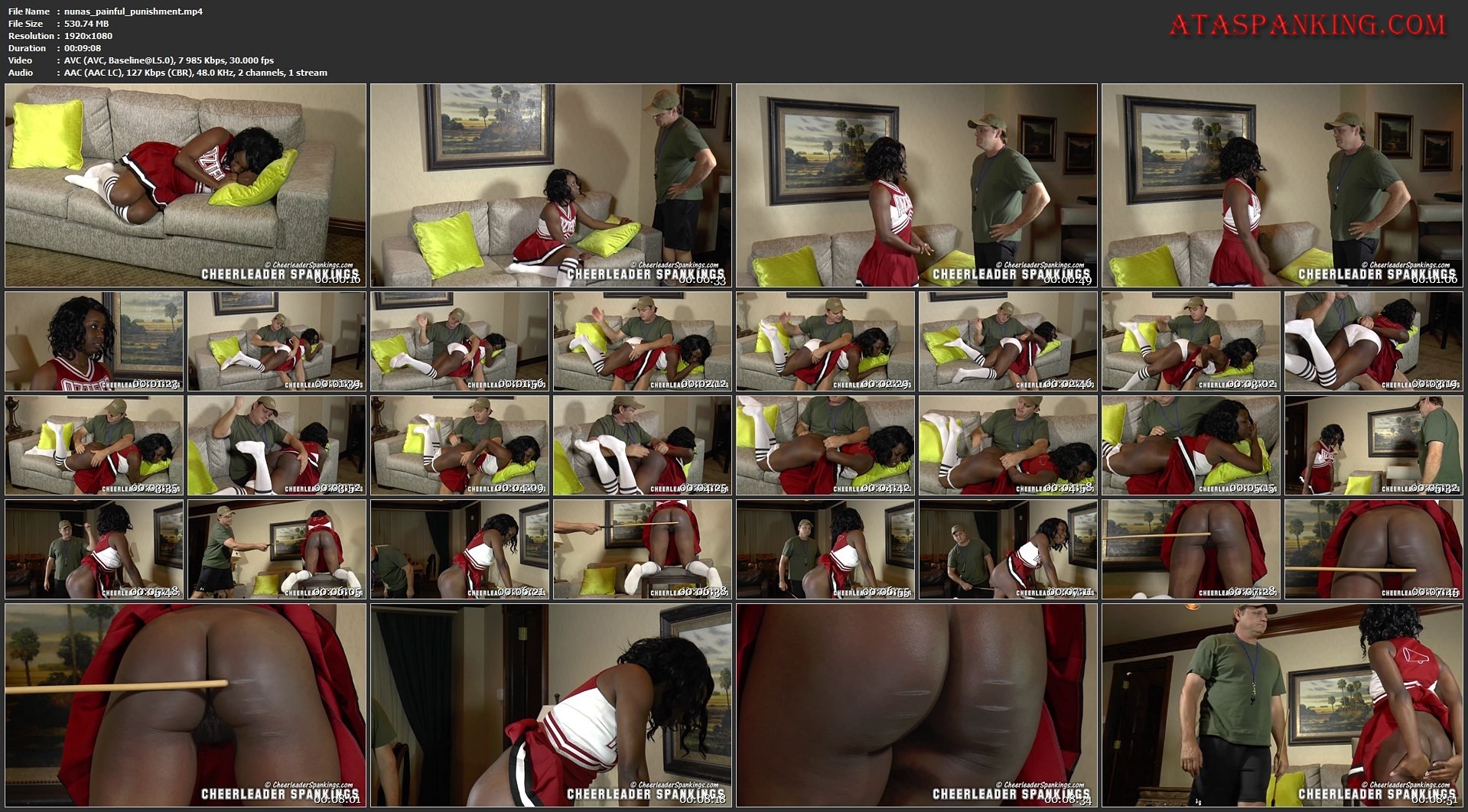 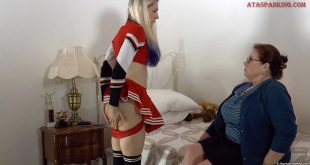 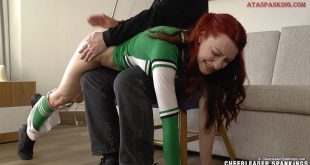 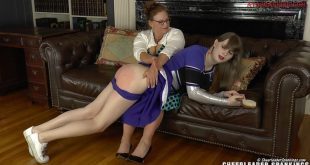 Nothing can be more humiliating than to ask stepmom, “Please give me a bathbrush spanking” …