Punished by the Park Keeper – Aaaspanking Triple A Spanking 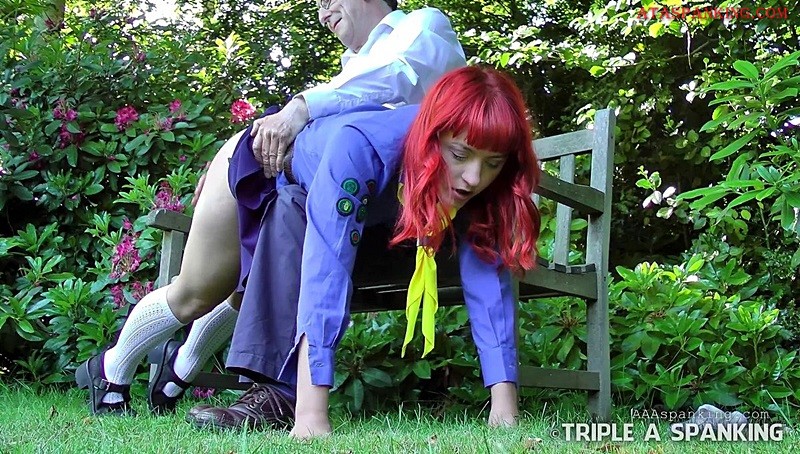 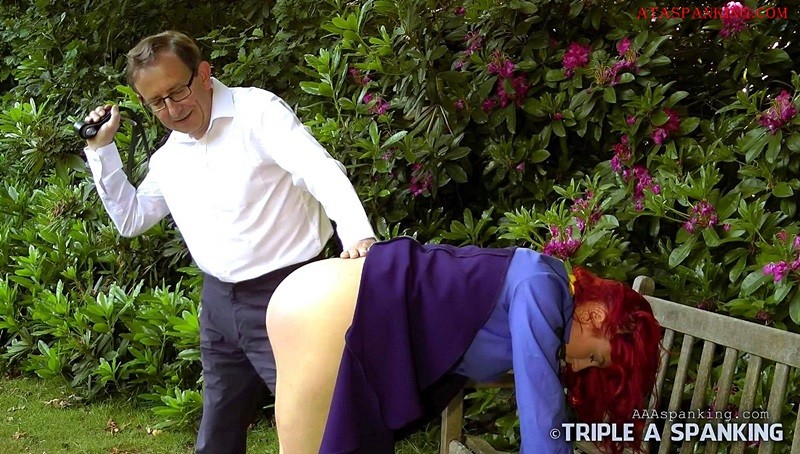 Punished by the Park Keeper – Aaaspanking Triple A Spanking

Rosie takes a short cut home through the park after a Girl Guide church practice on a glorious Saturday afternoon. It is so warm and sunny that she finds a secluded area of the park where she dares herself to be very, very naughty! She starts to touch herself through her crisp, white cotton panties. Her legs spread wide as she continues to delicately finger her wet pussy. She thought it was a secret spot but the Park Keeper recognizes her when he is in the area and tells her off, scolding Rosie about her rude behavior! He knows her parents and decides that a spanking might make her realize this sort of lewd behavior deserves at least a bare bottom spanking. She feels embarrassed and knows that if he tells her parents she would surely get another spanking at home! The Park Keeper was going to let her go but her sassy mouth gets her into trouble! He pulls off his belt and bends her over the bench where she had been masturbating just 10 minutes earlier. Now he is really going to teach her a lesson in manners! Rosie yelps and takes stroke after stroke of his leather belt until only he was satisfied that she has properly shown remorse for what she has done! See cute Rosie Ann make her return to Triple A… one of our most popular girls at her very naughtiest best! 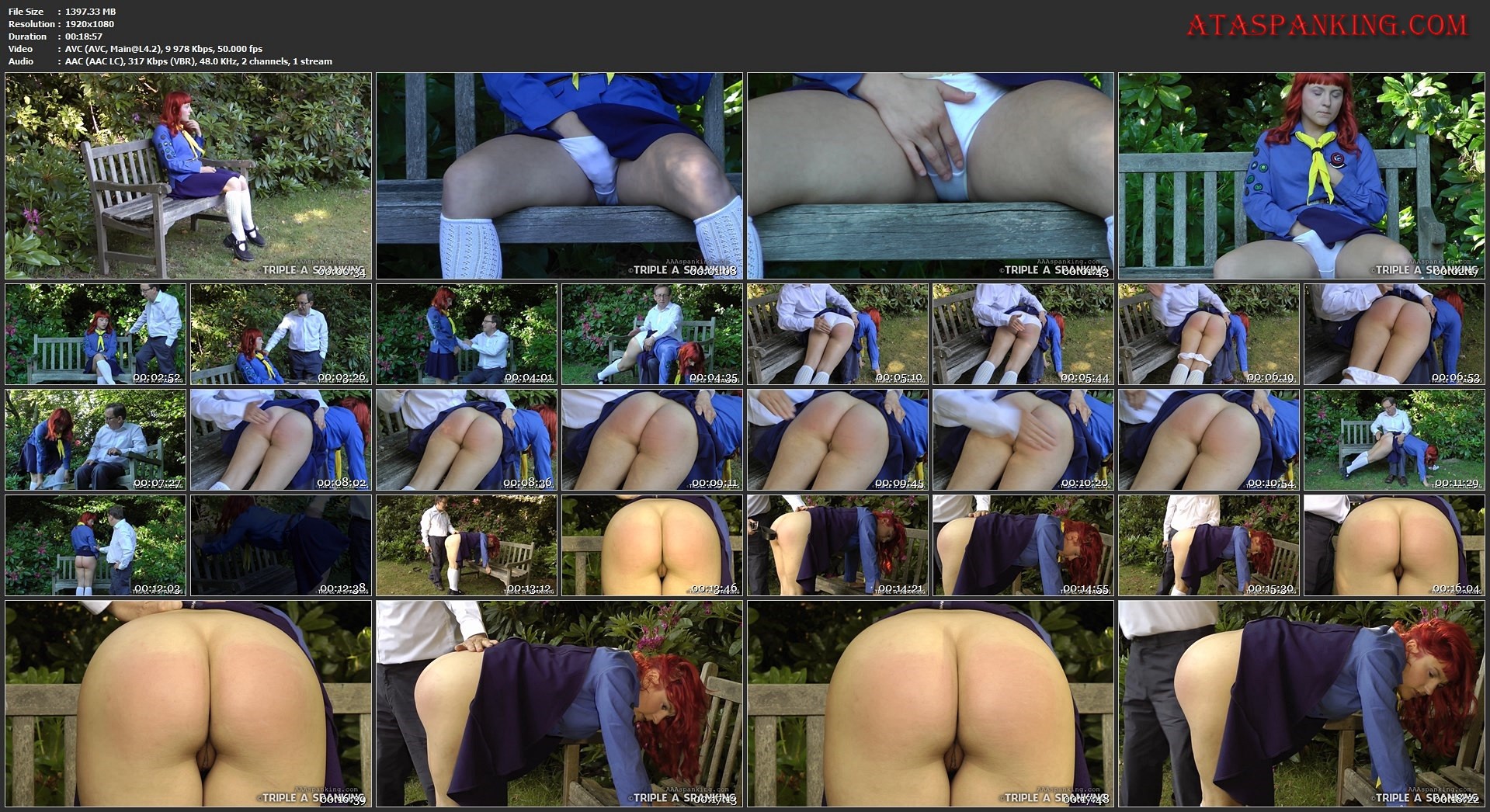