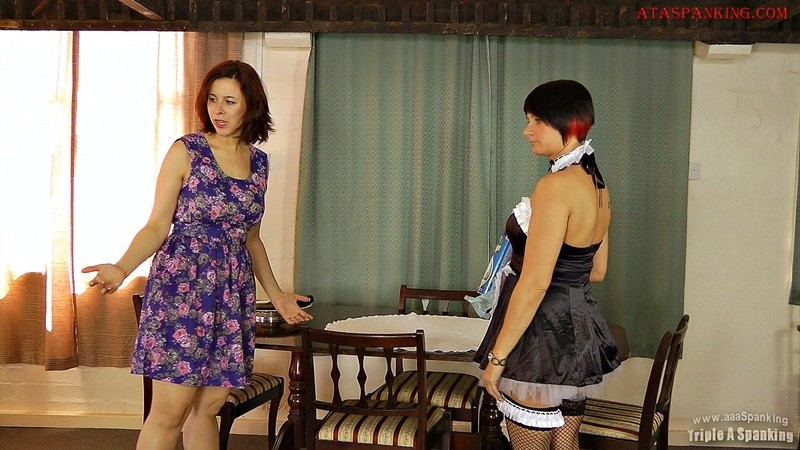 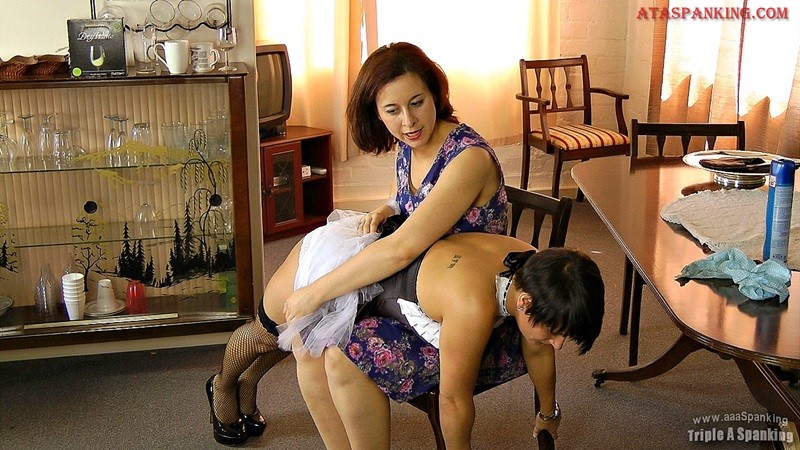 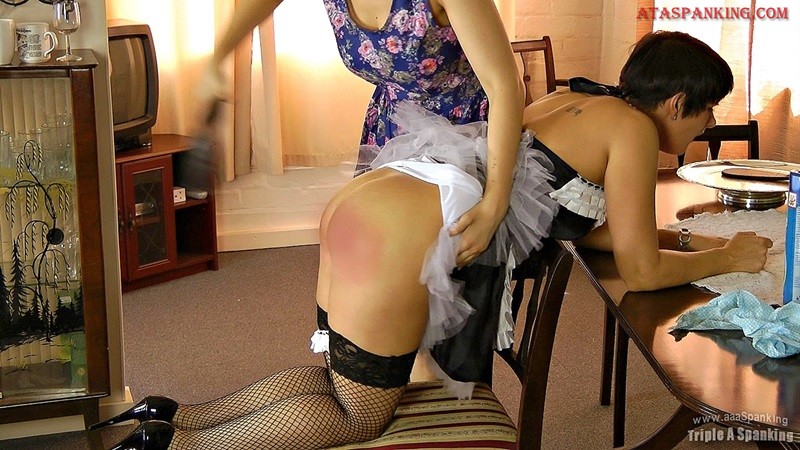 Sarah Gregory is a refined lady from a typical well to do small town in Massachussets and being a proud New Englander, she doesn’t employ maids of Hispanic background or those down on their luck, oh no… she employs British maids who supposedly know what they are doing and can speak the Queen’s English! For this, she pays well and insists that they look the part too in their sexy frilly outfits but this comes at a price as the agency she deals with knows that she’s a little eccentric and often likes to thrash her poor girls. It seems the Brits can take this sort of punishment better than their Spanish speaking cousins! Cindy was unaware that Miss Gregory was about and looking to inspect her cleaning efforts after last night’s dinner party. She couldn’t remove some coffee mug rings on the dining table which were her fault and it didn’t go unnoticed! Miss Gregory wastes no time telling Cindy what’s going to happen and it’s not long before she is howling across her knee, her bare bottom spanked hard and long! But this isn’t over by a long shot, Cindy’s British “cheek” or sass gets her into trouble once more and she is given a good hard leathering, like something she used to get at home! This is a good hard girl on girl discipline film that Sarah Gregory loves to make & she admitted she got her own back on Cindy who gave her a good whacking in a previous film they had made together! 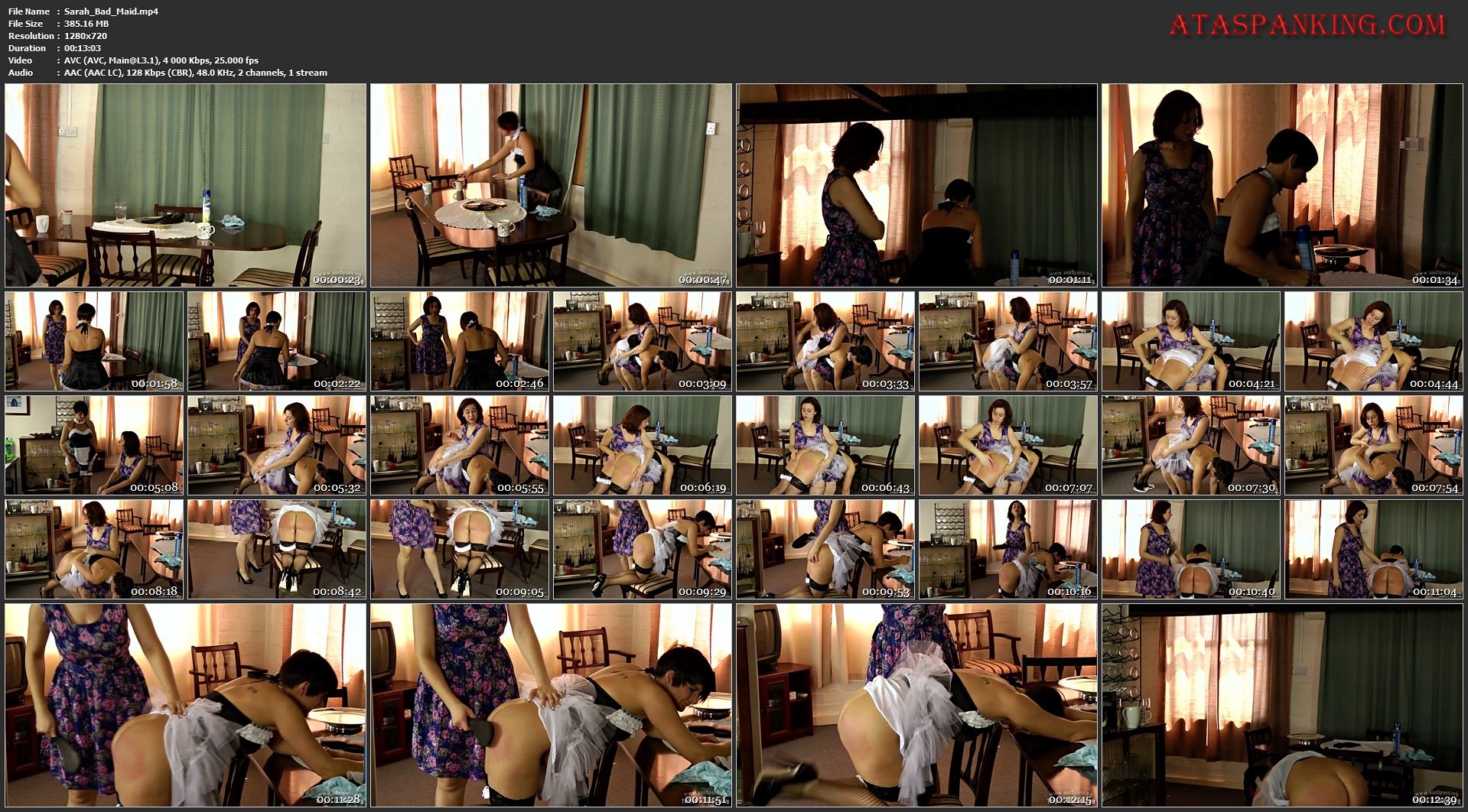