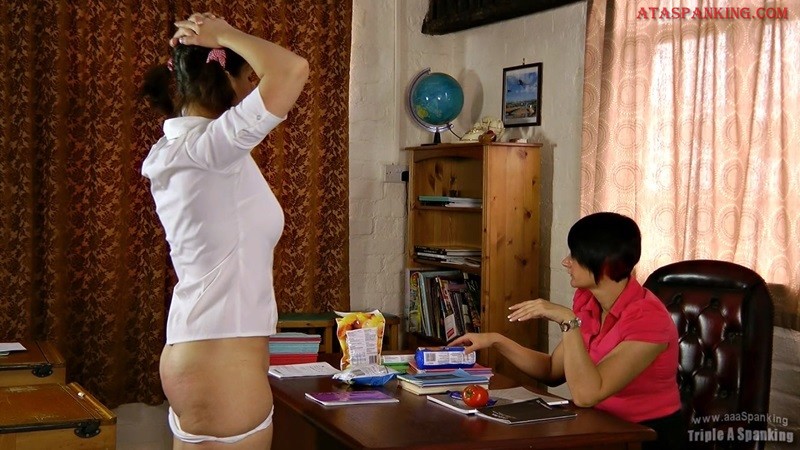 Sarah Gregory starred in this old classic all female schoolgirl detention discipline video which had never been released via the Clip Store until now. Filmed nearly five years ago, please check out this infamous brat’s sassy comebacks during her Detention as an American exchange student in an English School. Her Detention soon turned into a bare bottom punishment when a simple test on how to talk “properly like The Queen of England” went horribly wrong when she could not identify how to say the words & correct pronunciation for simple everyday things like tomatoes she said “toe-MAY-toes” when everyone knew in England it was pronounced “toe-MA-toes”. She then ridiculed the “Chocolate Bars” considering Americans had been force fed Hershy bars… that was a bit unfair. Sarah also hadn’t a clue what she thought were “Chips” they were, naturally, “CRISPS in England. Of course, everyone in the UK would know that Brits ate “Chips” French Fries – as she would ignorantly say – with their wonderful Fish. This list was endless… so a good bare bottom spanking with a good old fashioned English style leather slippering, the “Old school” way was needed to correct her wayward tongue! Sarah should have learnt how to talk like her English cousins when she was a guest in their nation… & so it is hoped that you will find her mastery of the English language at the end both amusing & a lesson to those “cheeky brats” out there that dare mock the Brit’s accents! The final scenes of Sarah stood up with her hands on her head, reciting the Queen’s English have to be seen to be believed! What a good sport she was… and of course what a beautiful well smacked bottom. Now this is your chance to see a classic from an unseen Sarah Gregory! 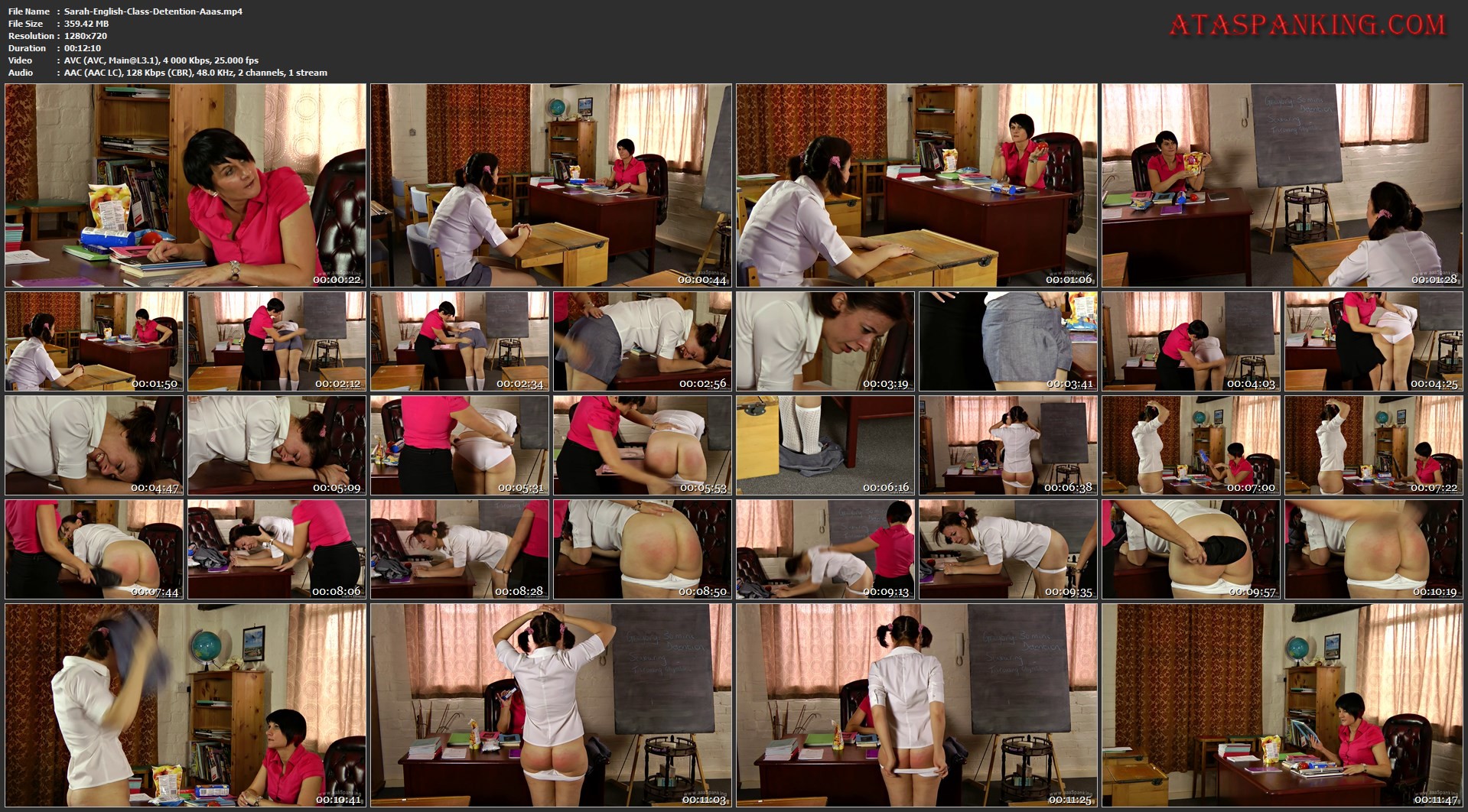