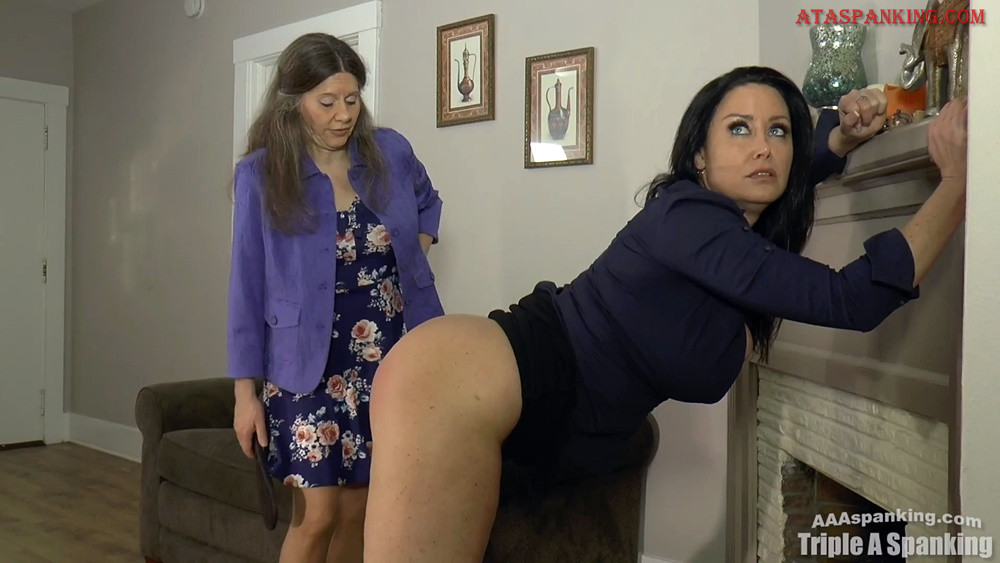 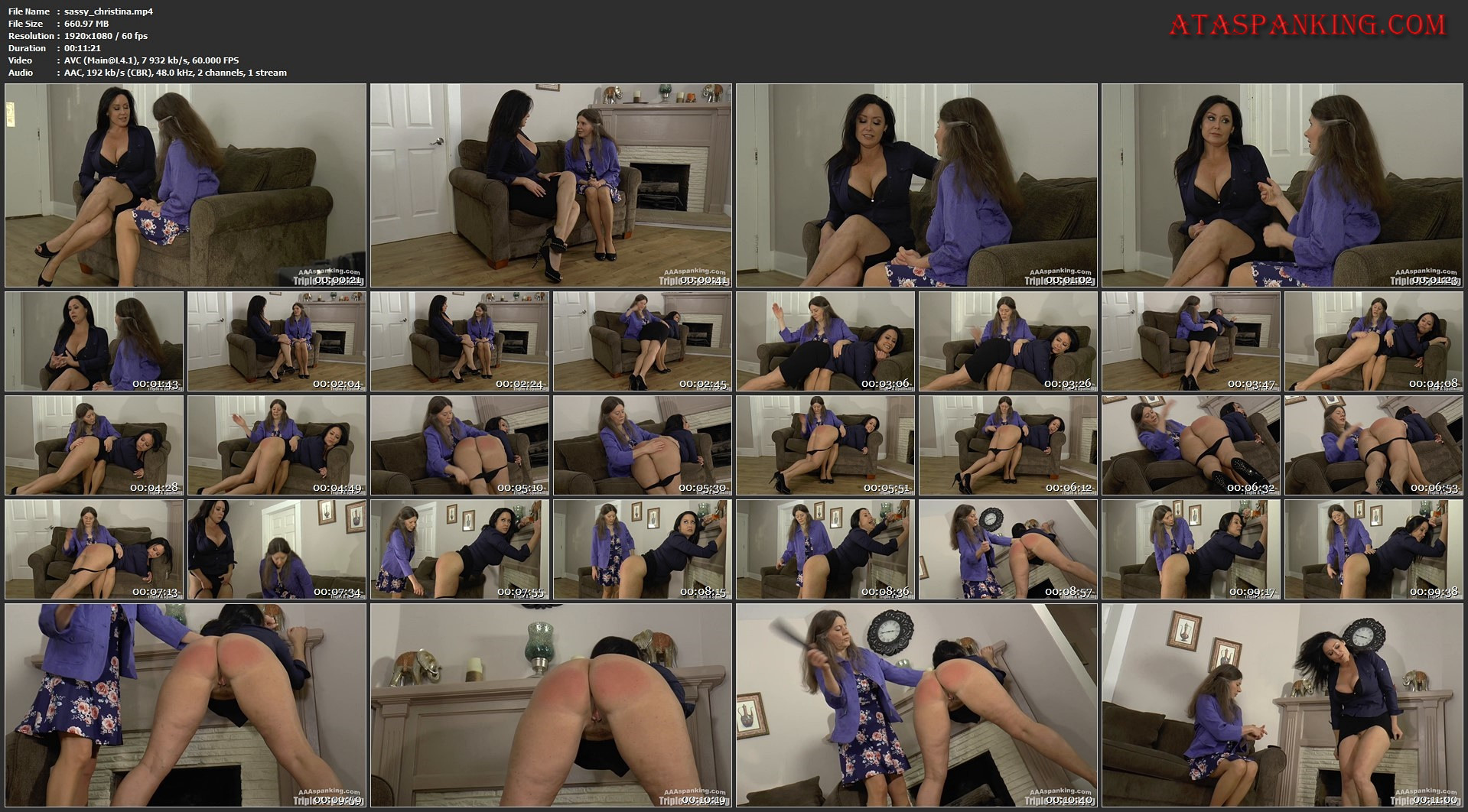 Christina Carter is a popular but controversial figure, working as a legal assistant at her Law Firm. One of the partners, Miss Bernadette, calls her into the office when she hears that her attire has become too racy and inappropriate (once more) for legal office work. It’s obvious Christina is an attractive and seductive lady, she is able to use her charms when asked to investigate claims and is rather good at her job. However, her attitude and the way she behaves with other workers is unbecoming. Miss Bernadette uses an old-fashioned method that has made her the success she is today… the use of discipline. Notably, she believes that spanking punishments often correct errant behavior very quickly.

This is what sassy Christina faces when confronted with the facts! She thinks it will be easy but her boss has rather a “firm” hand and has a scolding technique that humiliates and embarrasses the sassy legal assistant. Her bare round bottom is spanked red then she is placed facing the mantle as she is given a stiff leather paddling, with her legs spread so that her boss can remark on how silly she looks. This has the desired effect, Christina is contrite and willing to conform, as she knows she should, working in such an office environment. This punishment is between them and no-one needs to know what happened today… Christina wishes she could be a partner one day, it’s a real power trip!