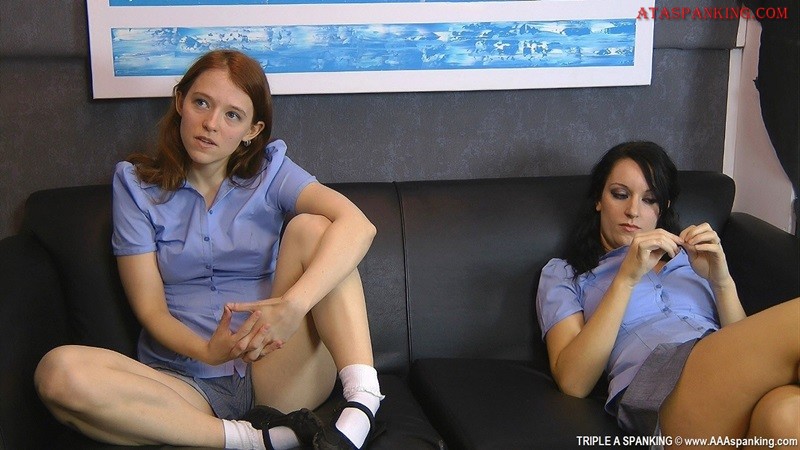 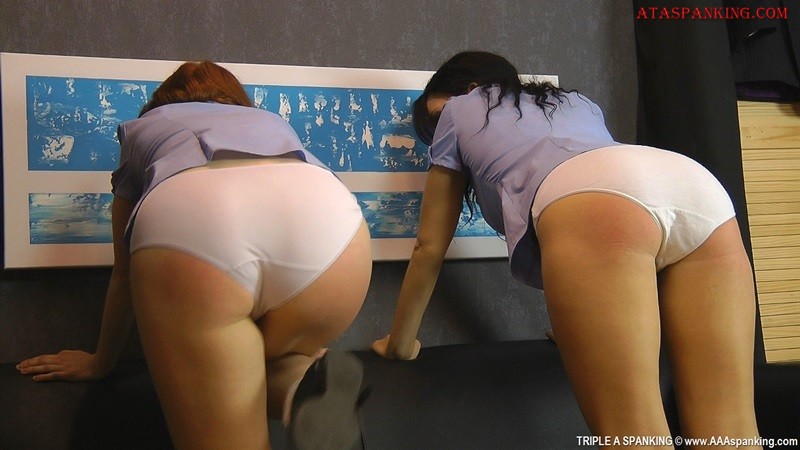 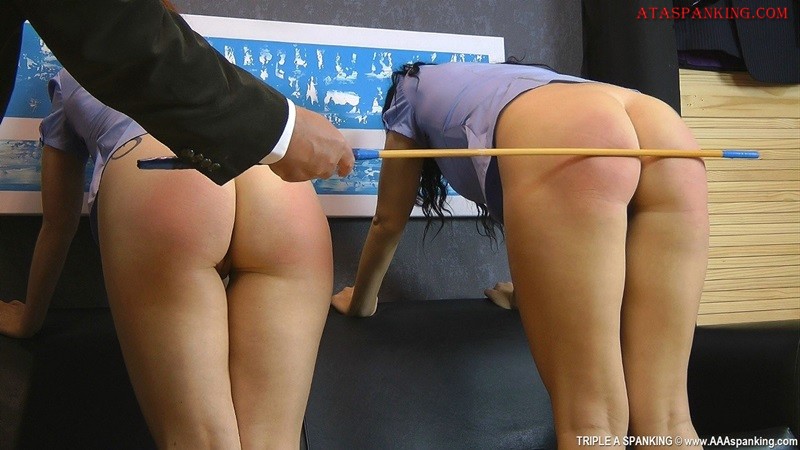 Kami & Jasmine had been told to report to Mr Osborne’s office to receive their punishment. In a rare chance to redeem themselves, Mr Osborne tried to allow the girls to own up to the fact that they were caught bullying, fighting and smoking at the back of the bus. But they continued to lie and deny any wrong doing, even with the damning evidence of the CCTV footage and the accounts of the bus driver and several of the other pupils! Mr Osborne’s patience finally ran out after he realized they were never going to own up on their own volition. What was to be a simple hand spanking punishment turned out to be much worse for both girls as they were made to bend over the couch and receive many stinging whacks of his heaviest cane in the the school. You will see that finally, his message was getting through to each insolent girl as they were caned, side by side, with their bare bottoms fully exposed! This was how liars, cheats and bullies were treated at this educational establishment in a bid to stamp out such unladylike behavior! 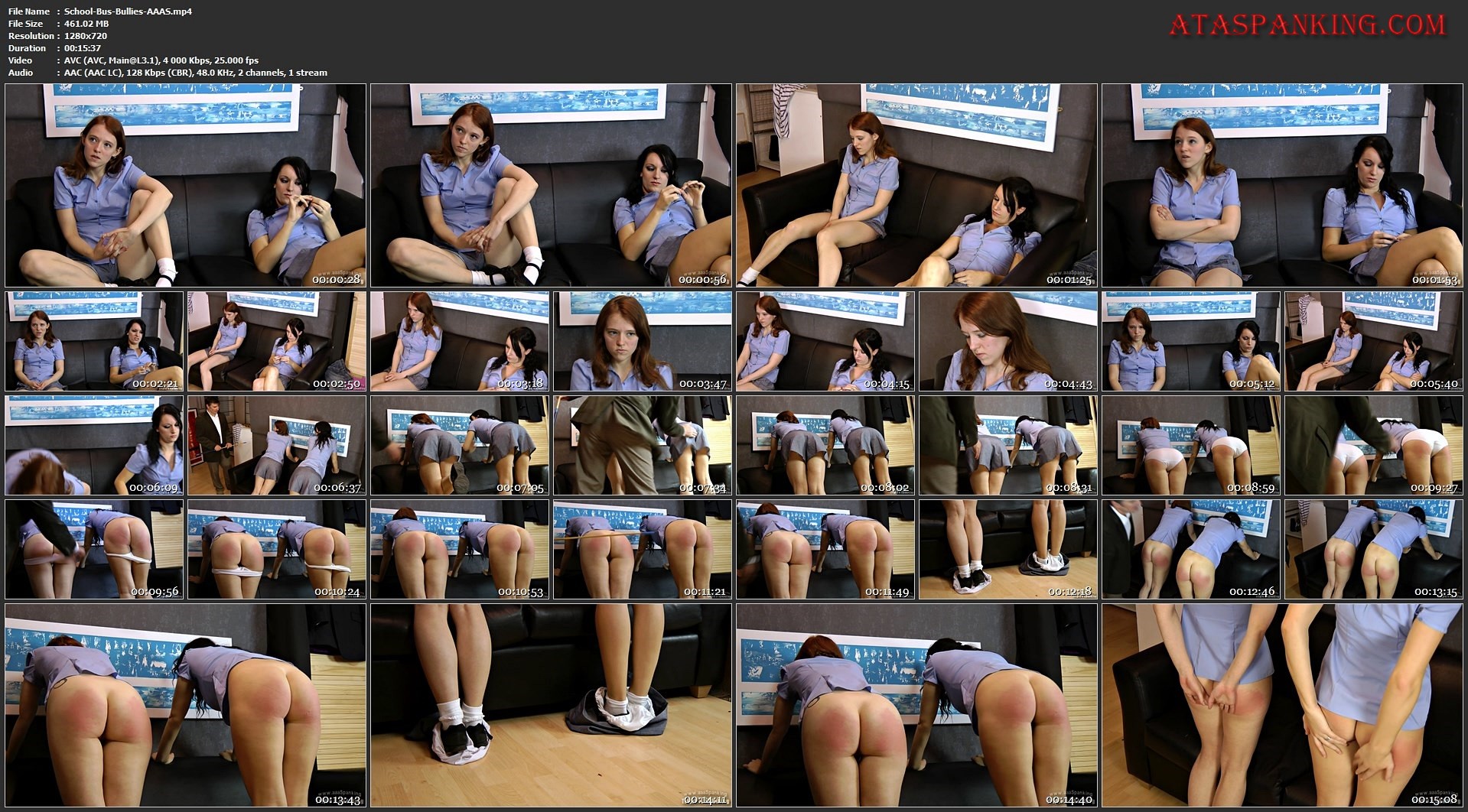