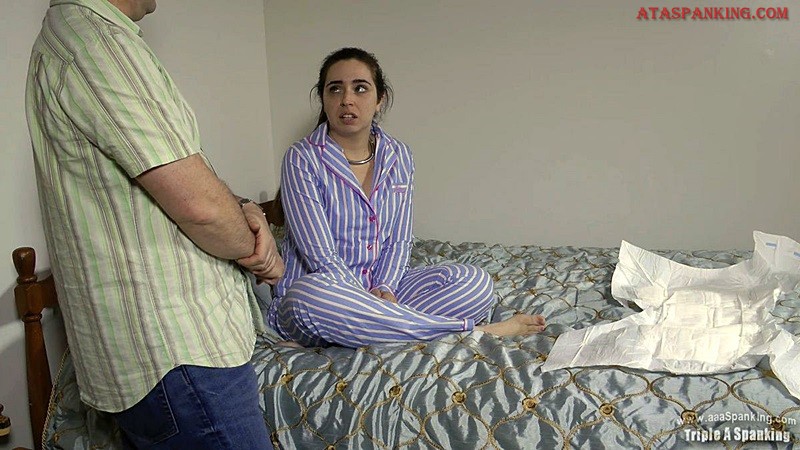 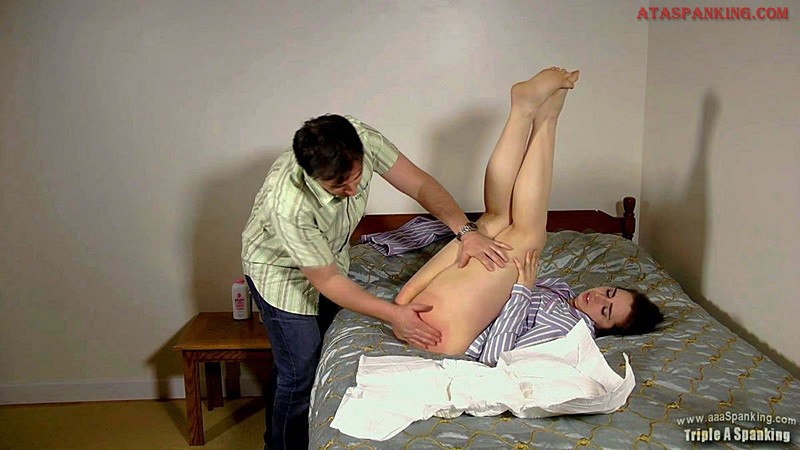 Adriana had one too many accidents in her bed recently. John was upset that at her age she shouldn’t be wetting the bed and thought it could even be due to her late night sessions at the bars, sneaking in so drunk that her mishaps happened as an unfortunate result of this. The latest incident had forced him to think up a quite suitable and demeaning punishment that she would want to avoid at all costs in future, so he provided a reality check by bringing in a grown up diaper which he was going to make her wear like a little baby. What was more, she would get a humiliating spanking as part of this unusual punishment. Adriana was ashamed and shocked that it had come to this and she reluctantly accepted that she needed to be punished but had no idea just how humiliating this would all be! Spanked hard in the revealing diaper position without her panties and PJ bottoms, she was then diapered like a little babygirl before getting one final spanking in her new uncomfortable safe underwear and made to go to bed wearing her new Diapers of Shame! 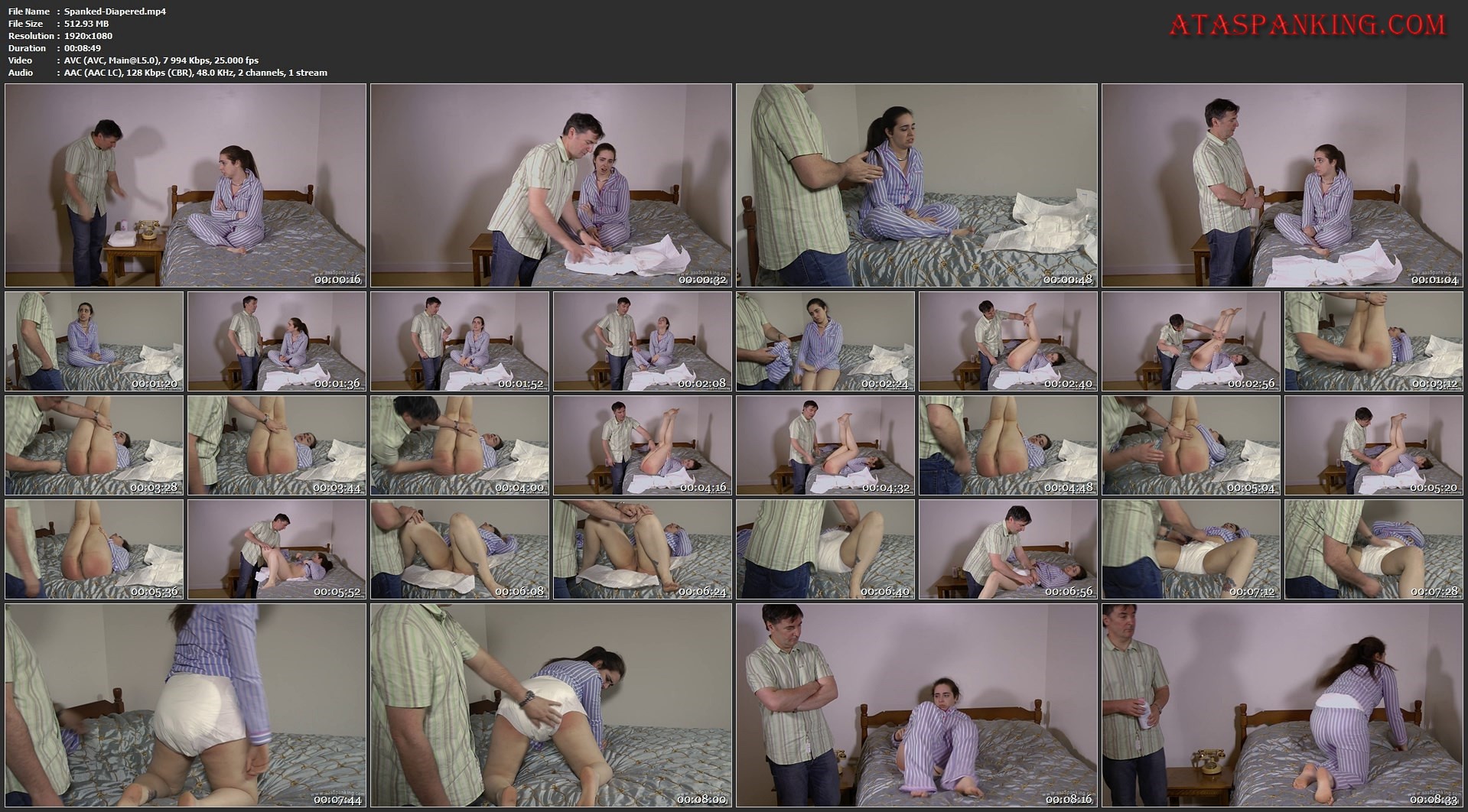