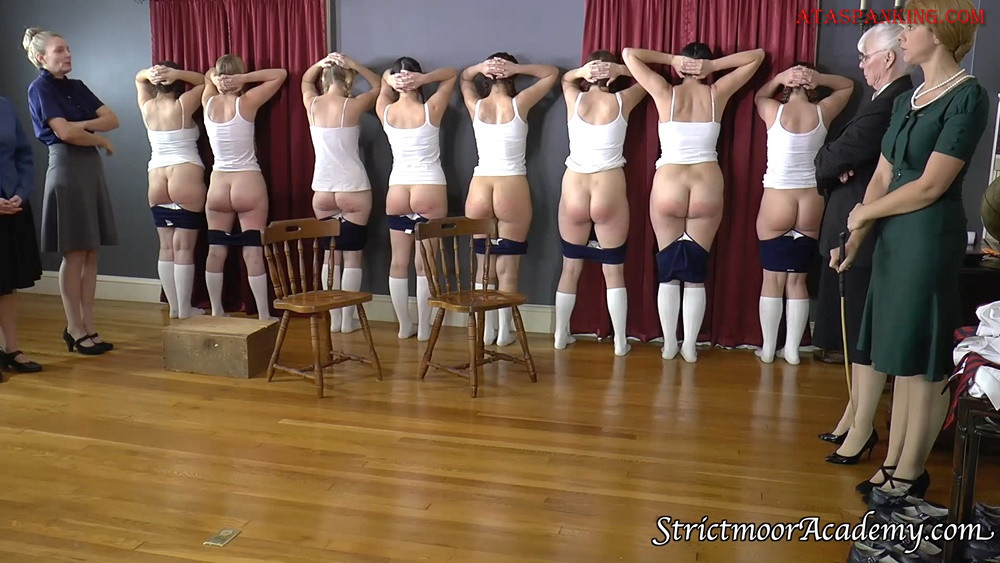 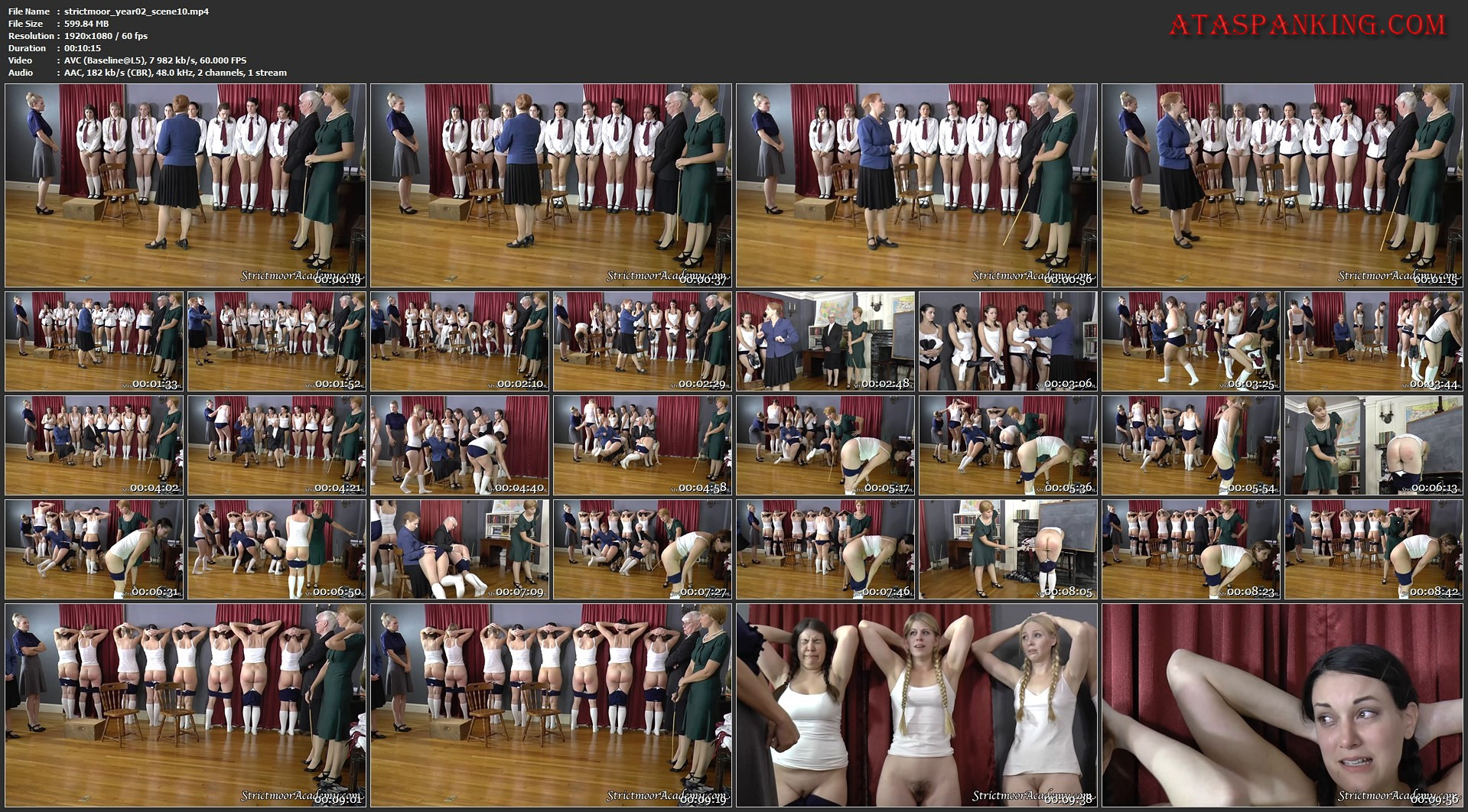 Scene Ten is the final scene of Strictmoor Academy Year Two. In this last scene all eight students are put through a series of spanking stations for all breaking curfew on their last night at the academy. In station one, Miss Drower smacks the backs of their legs. In station two, Mrs. Cooper spanks them over their panties. In station three, Mrs. Jackson spanks them on the bare bottom and in the last station, the academy of trustees canes them. This is to make sure they have all learned a lesson at Strictmoor and really drive the message home before they return to their homes. 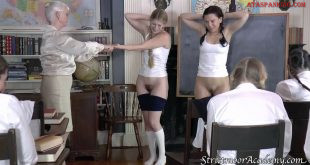 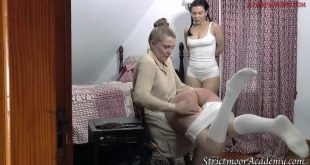 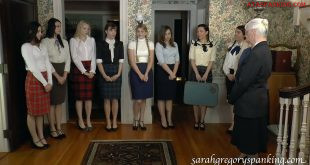 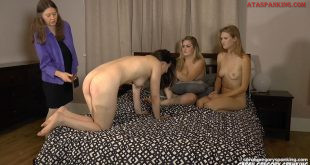