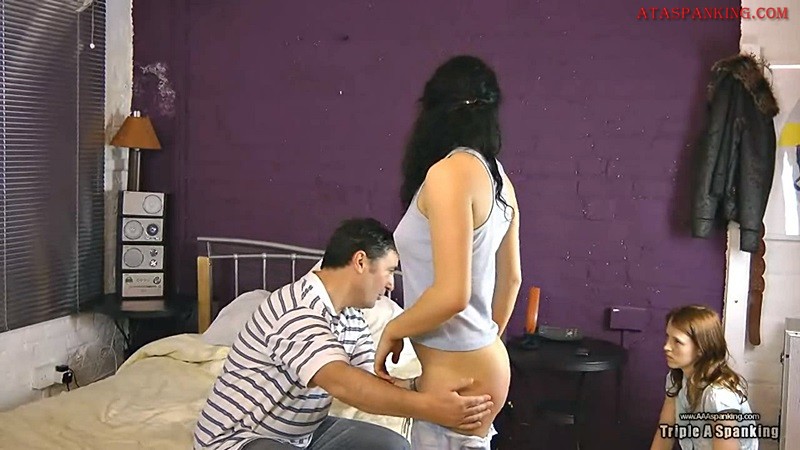 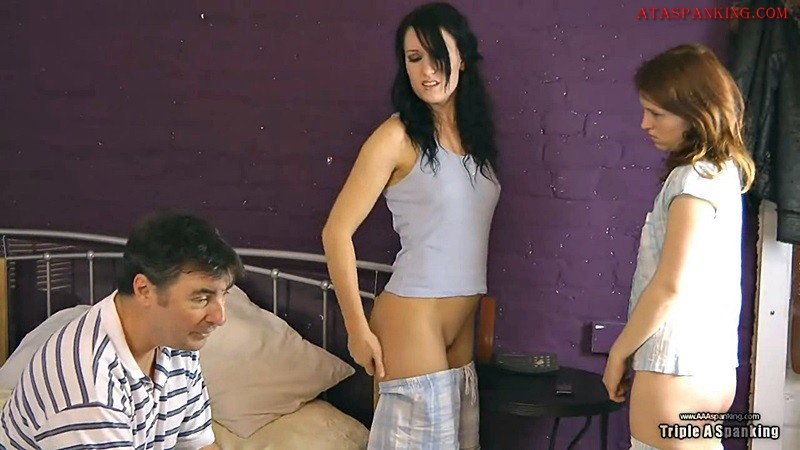 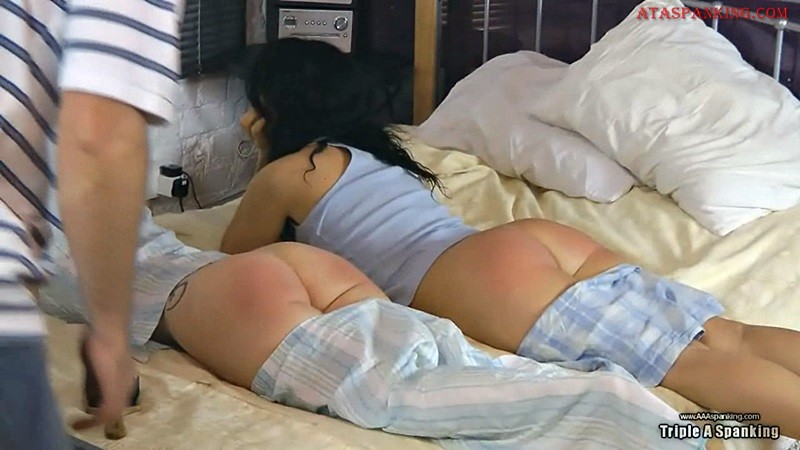 Jasmine had been allowed to invite her friend Kami over for a sleepover as Kami’s parents were away & even though she’s 18 she didn’t like being alone in her parents big house! Everything was fine until they both started to discuss their boyfriends just before getting ready to go to sleep. When Jasmine discussed her new boyfriend’s kinky lewd texts showing them proudly to her friend, Kami saw that it was from HER current boyfriend! As they argued about the lowlife double two timer they started to catfight & make such a racket that John was forced to seperate them when he was trying to catch up with work downstairs! The girls were hysterical & John lost his patience so made an example of Jasmine over his knee telling Kami she was next! Kami’s smirks & gloats as Jasmine was spanked on her bare bottom didn’t go un-noticed & she was spanked harder but the girls continued to bicker, refusing to make up so he placed both girls over the bed & paddled their red bottoms with his favorite hard wooden hairbrush! Finally after many paddlings the girls agreed to give in & call a truce when their bottoms started to turn a dark swollen cherry red! One can only imagine the fury these hellcats would take out on their cheating “boyfriend!”. But he made his bed and lay down in it! May God have mercy on his cheating soul! 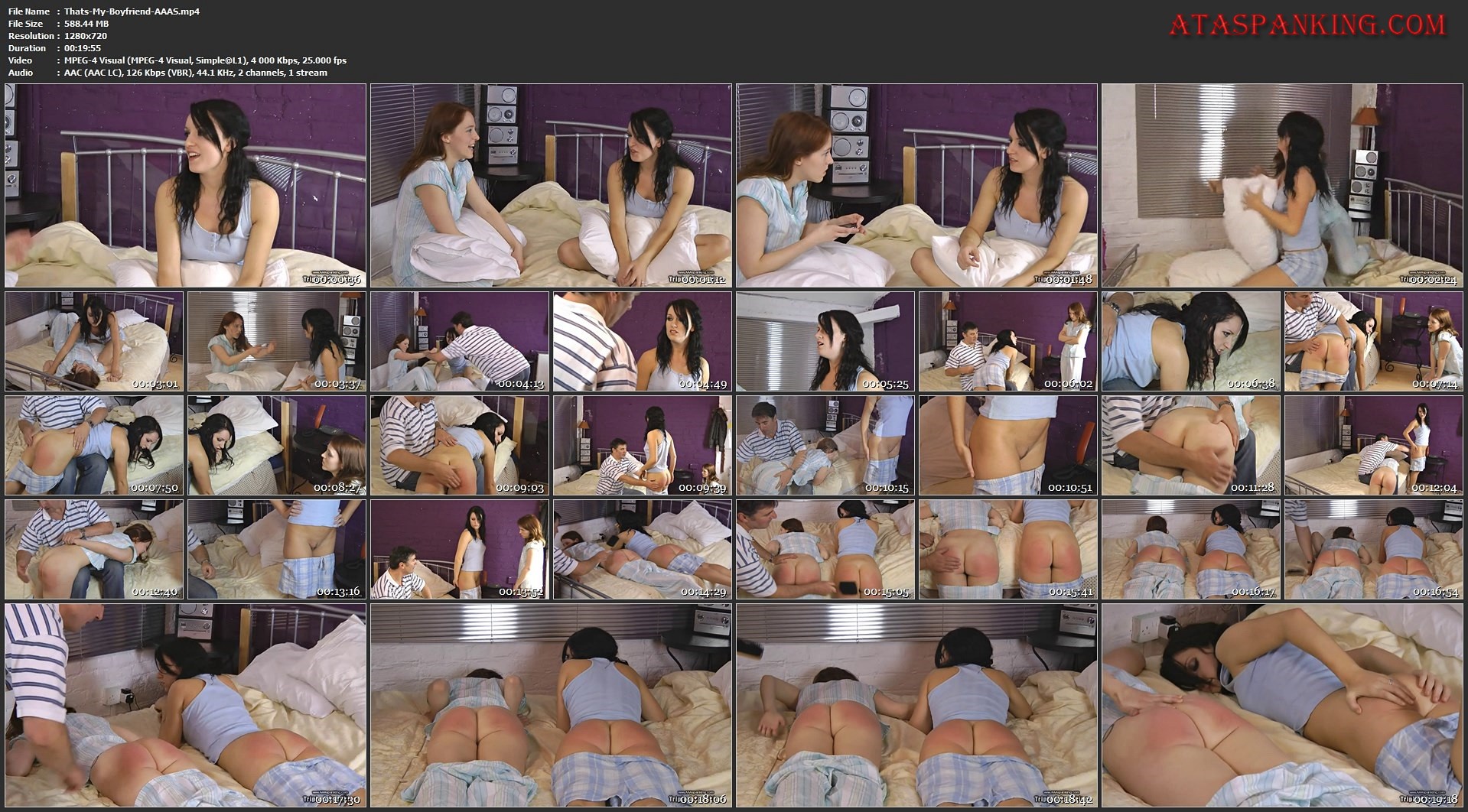