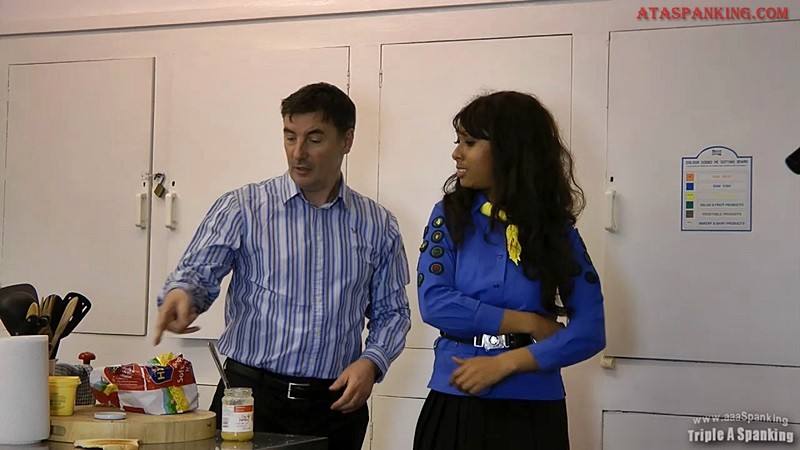 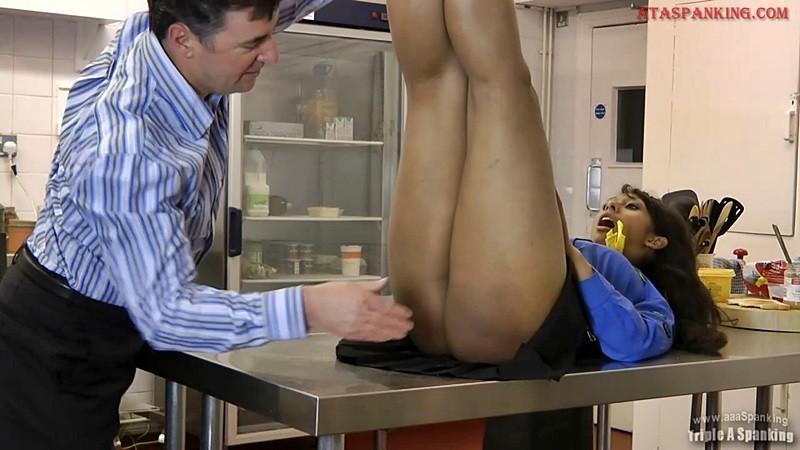 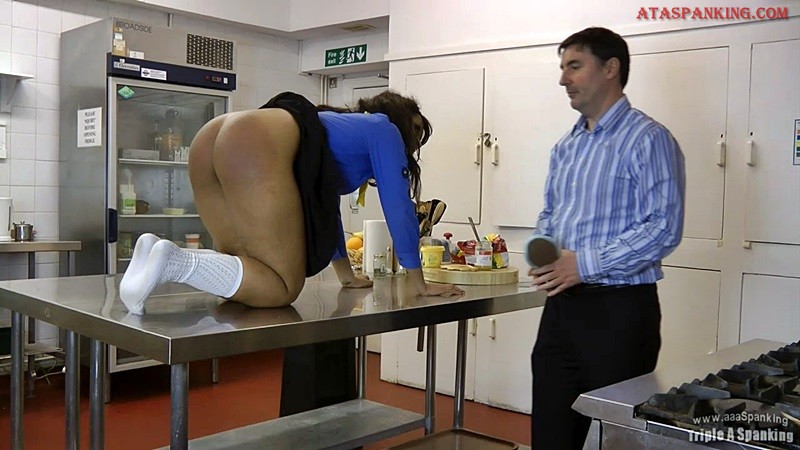 Danielle Hunt once again let down the uniform that she represented. She should have been out helping the charities her Girl Guides were representing but instead she was caught by the hotel manager in the kitchen eating anything she could find! She had already been punished once before and let off, so this time it would be a particularly nasty punishment at the scene of her crime! Danielle was placed on the cold stainless steel kitchen table and her panties removed so her bottom would feel the harsh cold of the metal then she was spanked on the bare with his hand, a wooden spoon… and finally an old slipper he found in the closet! Punished in an embarrassing legs up spanking followed by an uncomfortable “all fours” position left Danielle close to tears and thoroughly humiliated at the end of this short sharp shock discipline session! 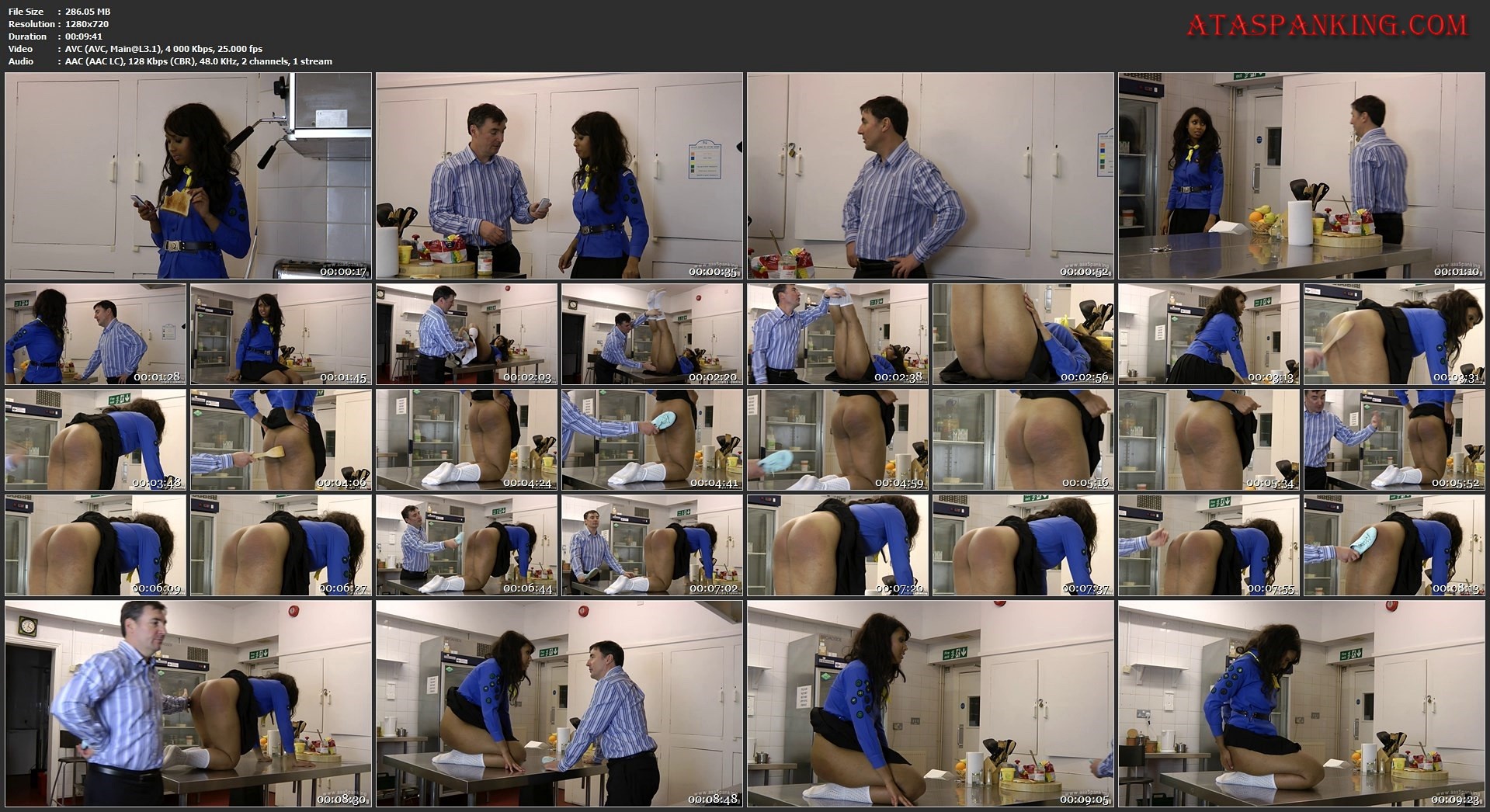