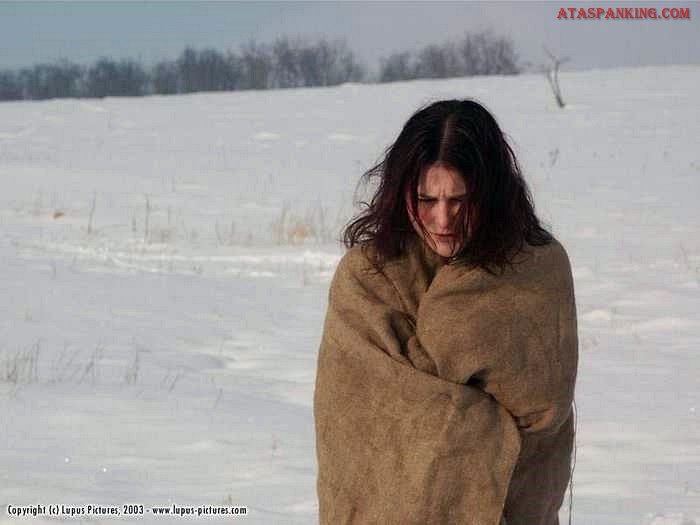 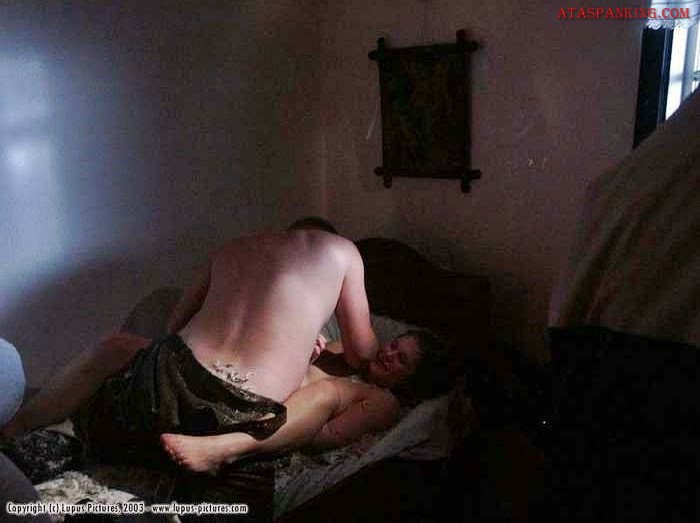 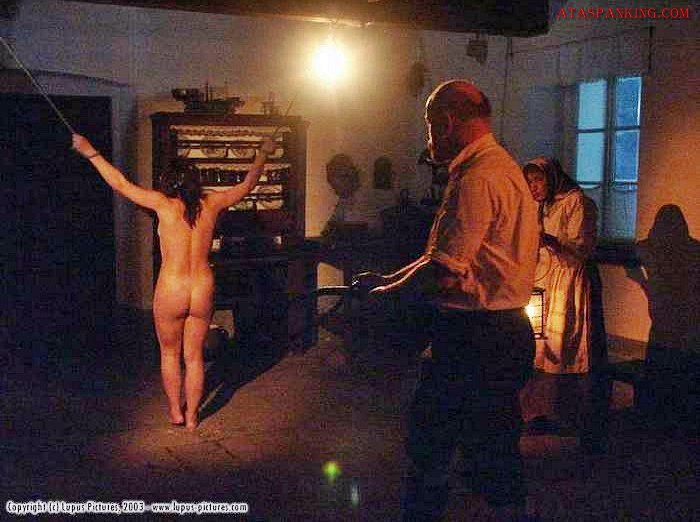 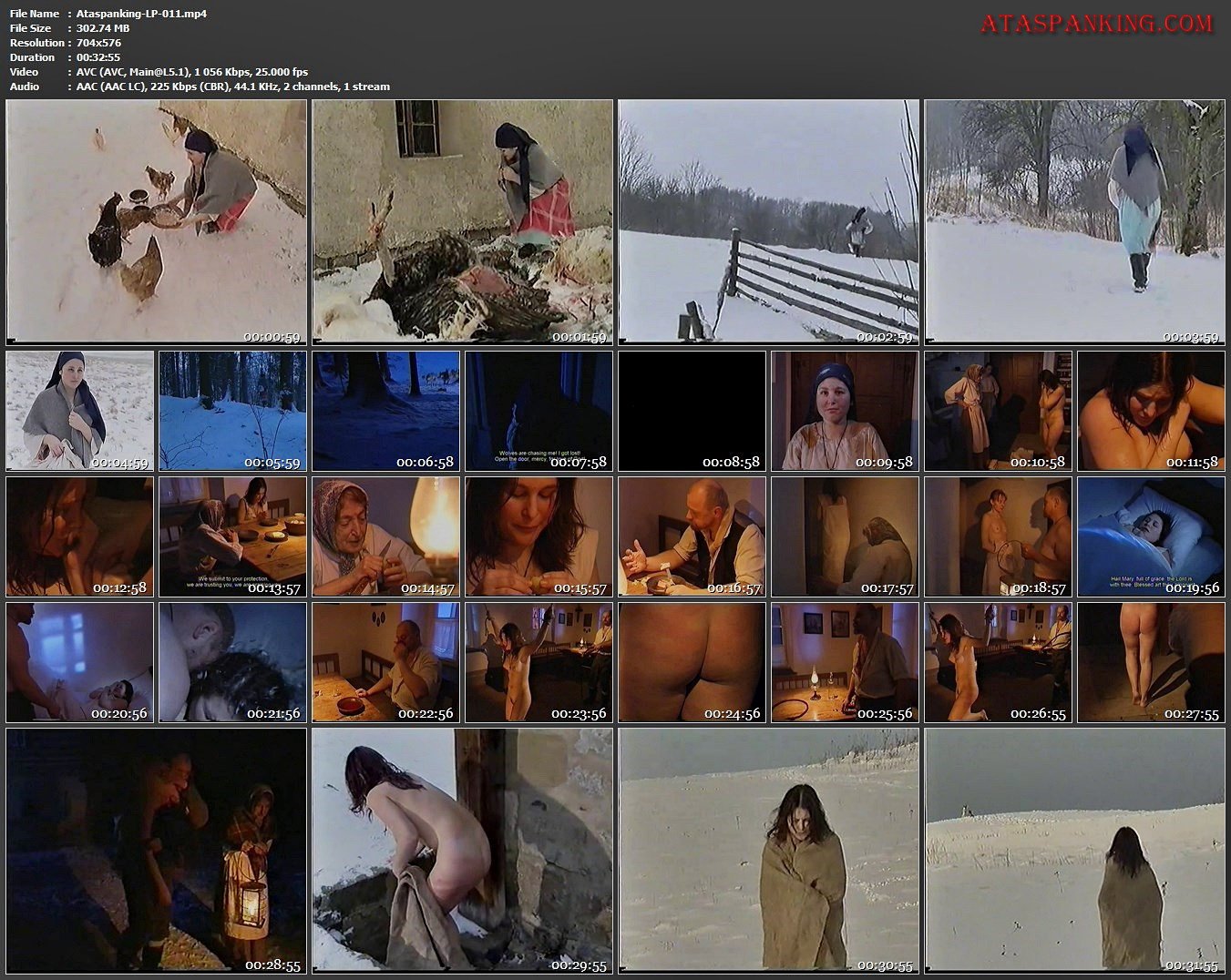 You are now in possession of an extraordinary project, which stands above all other spanking movies ever made. The movie “The Orphan” has been created in a fantastic winter landscape of original folk architecture preserve; it will pleasure not only those who like brutal and ruthless violence. You will see other scenes, which are usually cut out of mainstream movies. How many times you’ve been disappointed by the director changing the angle of view, so that the object of your interest slipped off the screen? How many times you missed the best part of a scene which ended abruptly?

Now, it is the time to pleasure those who love good movie stories with full and uncensored scenes, even the heaviest ones. Already the very beginning of the movie is shocking. A girl feeding chicken in the yard is attacked by a wolf pack. No chicken survive. The scene runs uninterrupted, in close-up view.

Poor orphan is saved, but faces the consequences. She was responsible for the chicken and because the precious property was lost, she has been displaced out of the village, to desolate, freezing winter landscape. Where will she go?

Her prayer does not help.

Quite on the contrary. Wolves start tracking the girl – she can hear the howling, she begins to see shadows closing in on her. She runs, stumbles, falls to the ground, rises again and runs for her life. She hopes she can outrun the pack before it circles her.

Suddenly, she reaches a strange farm. Maybe it is the first house in a dark, unknown village, maybe it is a solitude farm in the middle of the forest. She does not care – she only needs someone, anyone, to help her. She bangs on the door, begs for help. The door cracks open without the slightest warning and an evil crone considers the young fugitive. She does not like her, obviously, she would even send her away – but the farmer hears the girl and orders the crone to let the girl in.

What fate awaits her inside?

The farmer is a strange man, with impenetrable face. Seeing a girl, dripping mud and snow, his eyes show a flash of interest. Or is it mere lust? The farmer orders the crone and the wenches to undress the girl, whose clothes have been torn to shreds by branches and brambles. She is then roughly scrubbed by brush in a bathtub brought to the room – and only then she is allowed to sit at the farmers table. Old crone knows well, where such preparations will lead. The farmer eats meat, the crone has only potatoes with butter, and the young orphan has dry potatoes which burn her palms – but she’s so hungry she could eat nails.

Shortly afterwards, she is bedded in feather bed. Such a luxury. This must have a sound reason.

Of course it has. The farmer rebuffed his usual concubines and enters the orphan’s bedroom. It is obvious that he will try to rape her.

But the girls is fighting him like a lioness. She might have hit him and broken his nose, or just scratched or bitten his fat face. Cruel farmer will not forgive this. He regularly uses whips on horses, dogs and his people, and he will treat the girl accordingly. Bound to a beam, she is flogged mercilessly. The camera does not turn away, you see everything, the full, cruel execution, the cries and the pain the girl must endure. After her ordeal, the orphan is thrown to the men’s quarters – one is certain what will happen there.

Bloodied, beaten and raped, she staggers out of the alcove in the morning. She slowly limps to the open fields. But her ordeal is not over – the wolf pack can be seen at the horizon. In this very moment, the orphan understands. She disengages from all the fears she fought through her mortal life. She understands that she can no longer rely on others or on prayers; she can only believe in herself. Let’s hope that this idea will safely guide her through the rest of her life…

Extraordinary movie “The Orphan” represents a breakthrough in the making of spanking movies. Be part of it. Be part of rise of the cult movie.