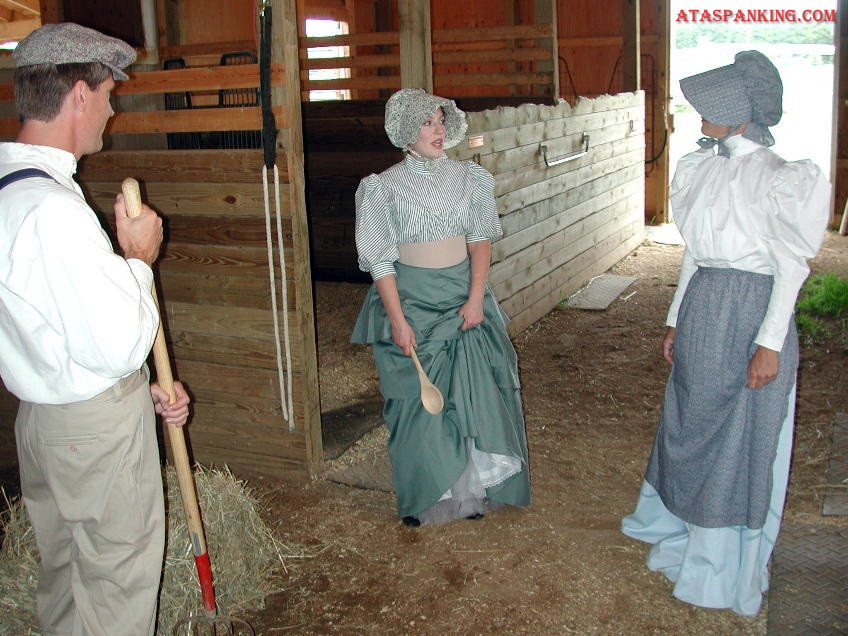 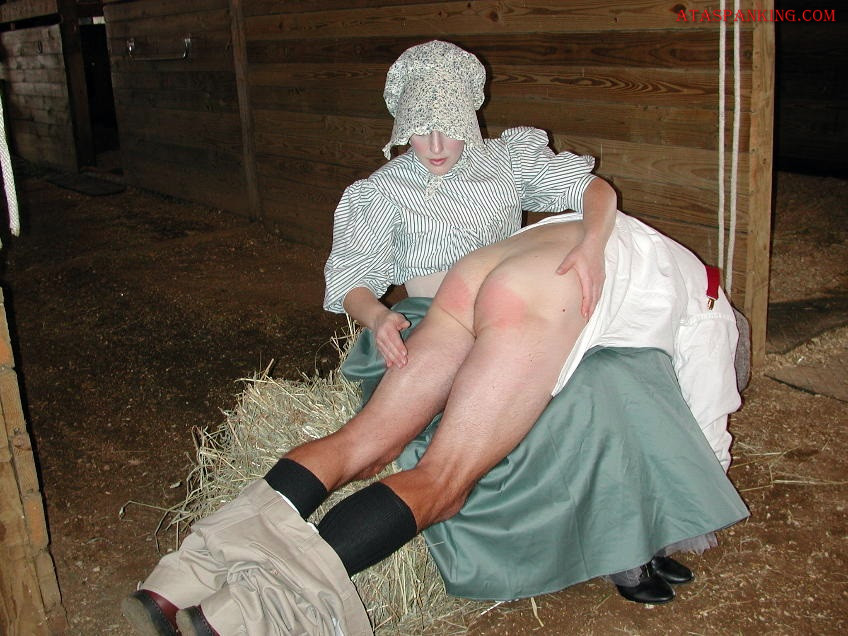 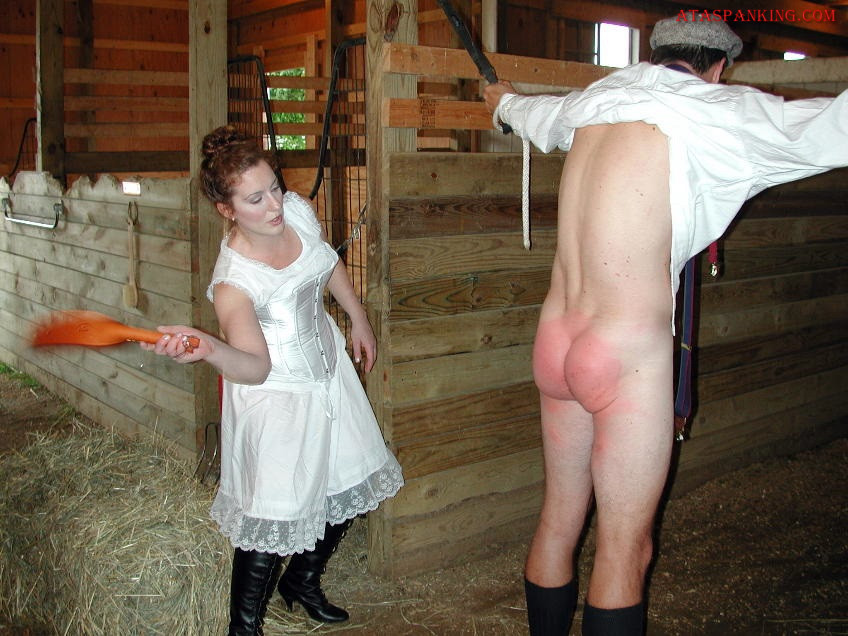 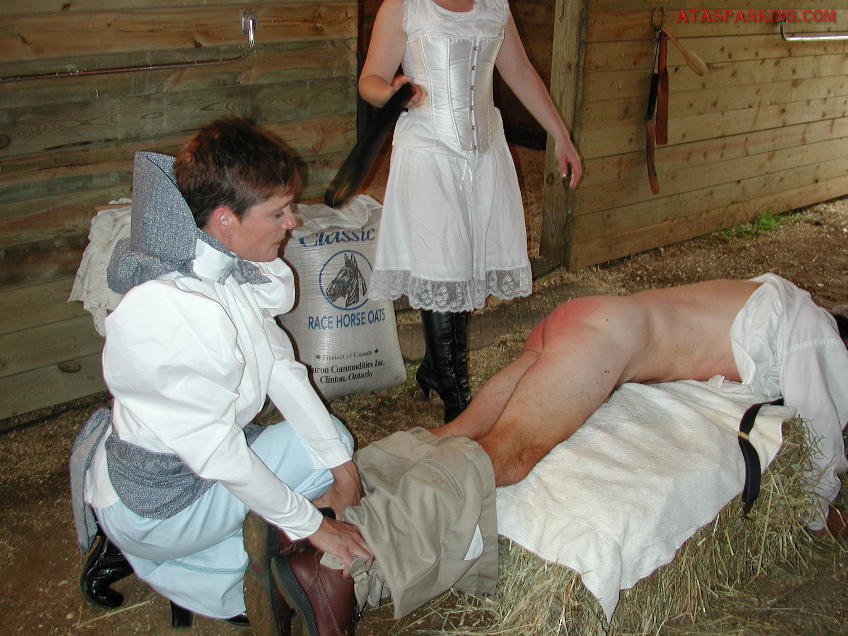 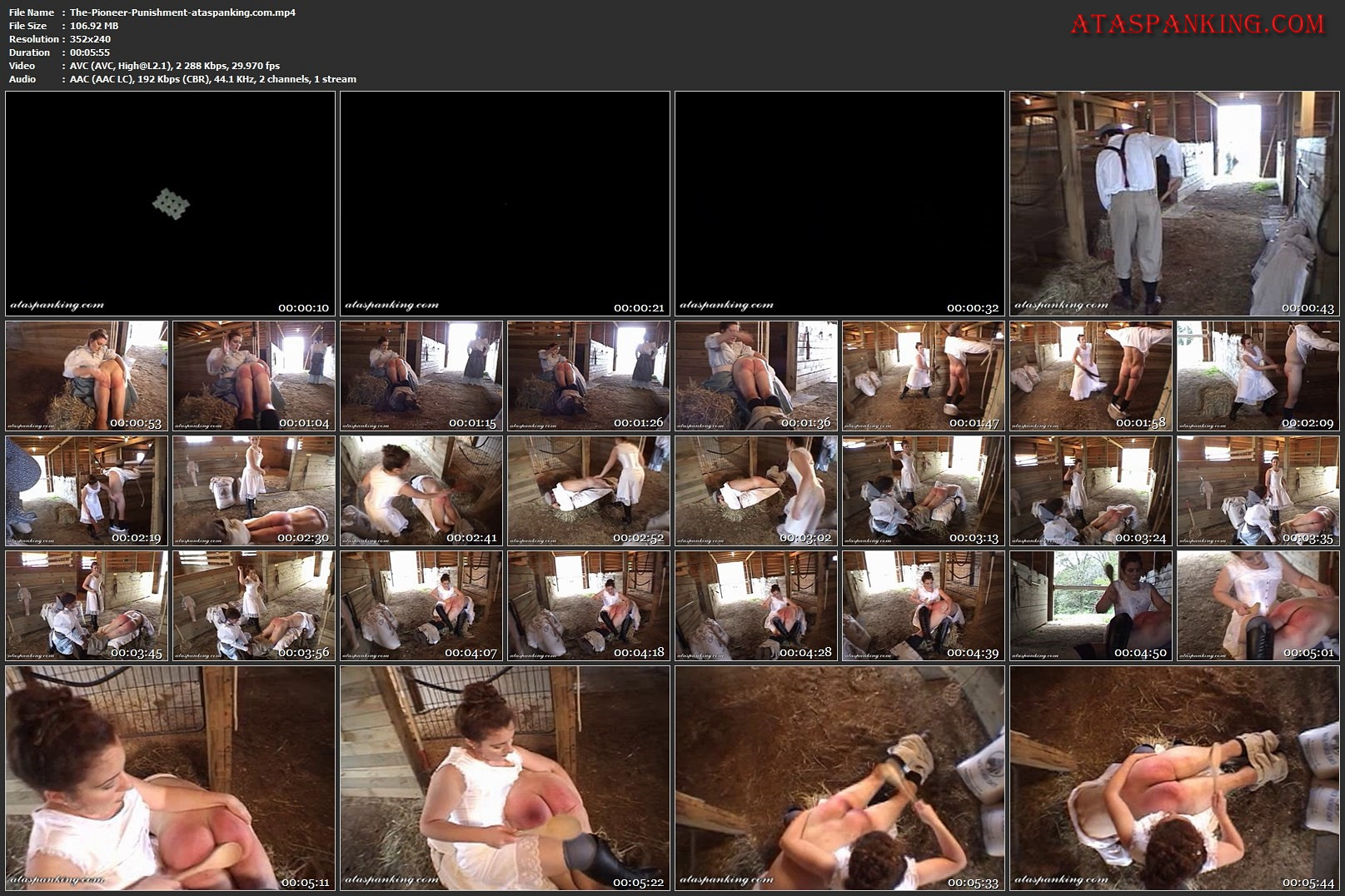 While staying with his Aunt, he is caught stealing from the general store. Being such an upright citizen, she is appalled and embarrassed by his behavior. Mrs. Olsen accepts his apology, but wants him punished. So, his Aunt makes a deal with Mrs. Olsen that if she gives him a good licking she will forgive and forget and the Sherriff will not be called. So, he is punished severely in front of Mrs. Olsen and until Mrs. Olsen thinks he has learned his lesson. He is stripped down to his base bottom and given an over-the-knee spanking. He is then strung up with his arms and legs spread, and whipped with a carpet beater and a leather strap. Once again, he is turned over his Aunt’s knee and paddled with her extra large wooden spoon. He is left sobbing and apologetic.