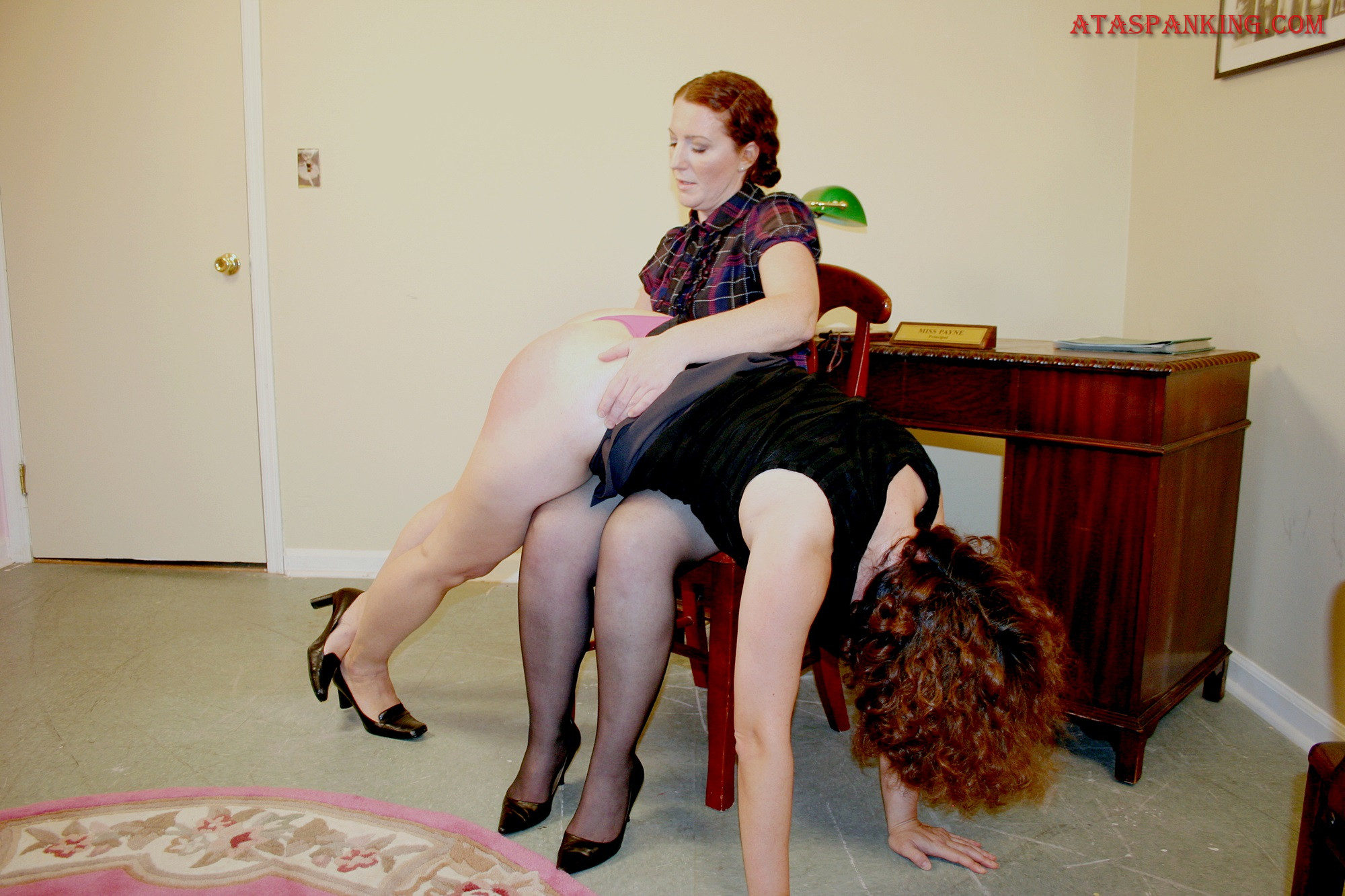 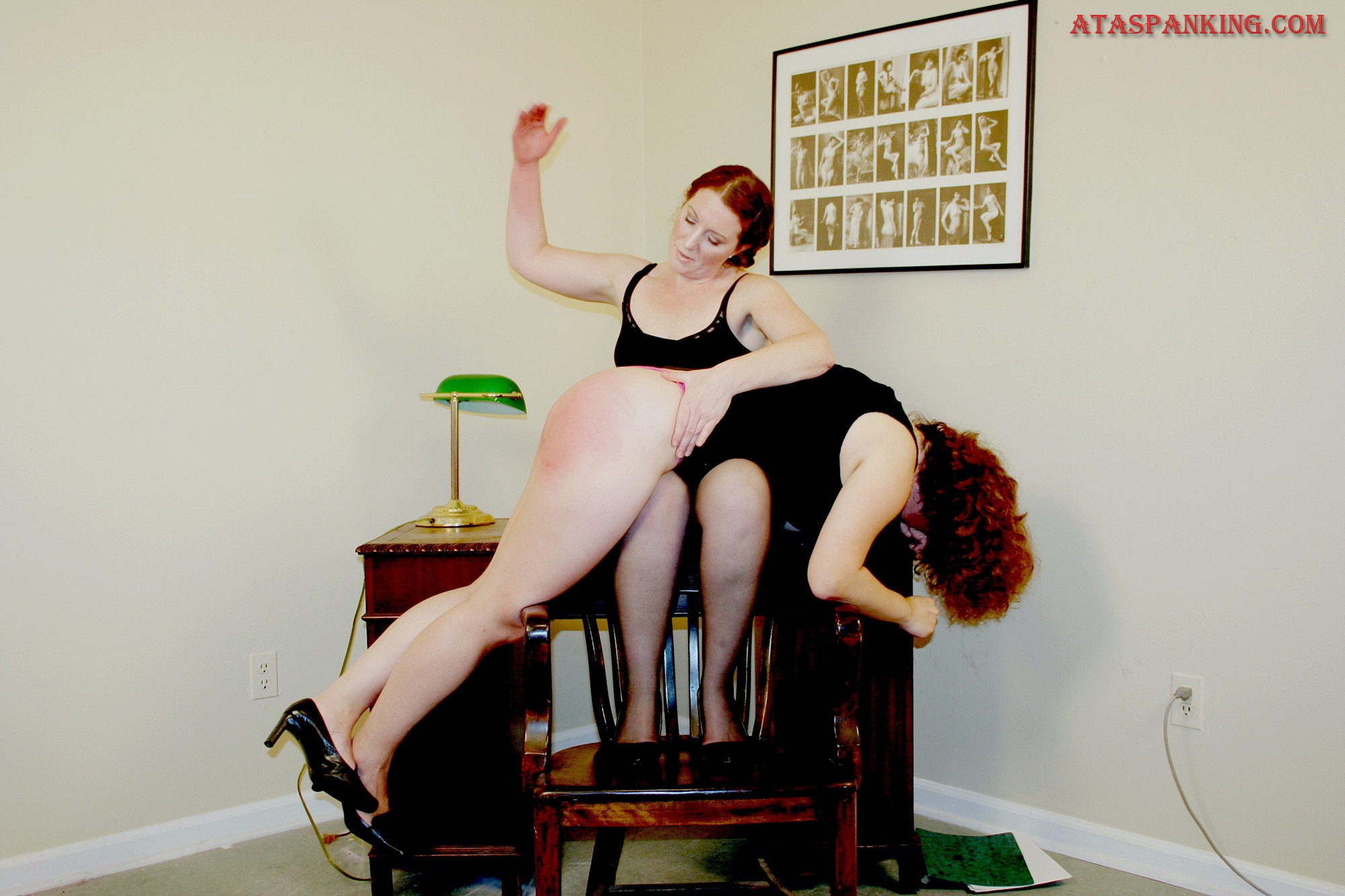 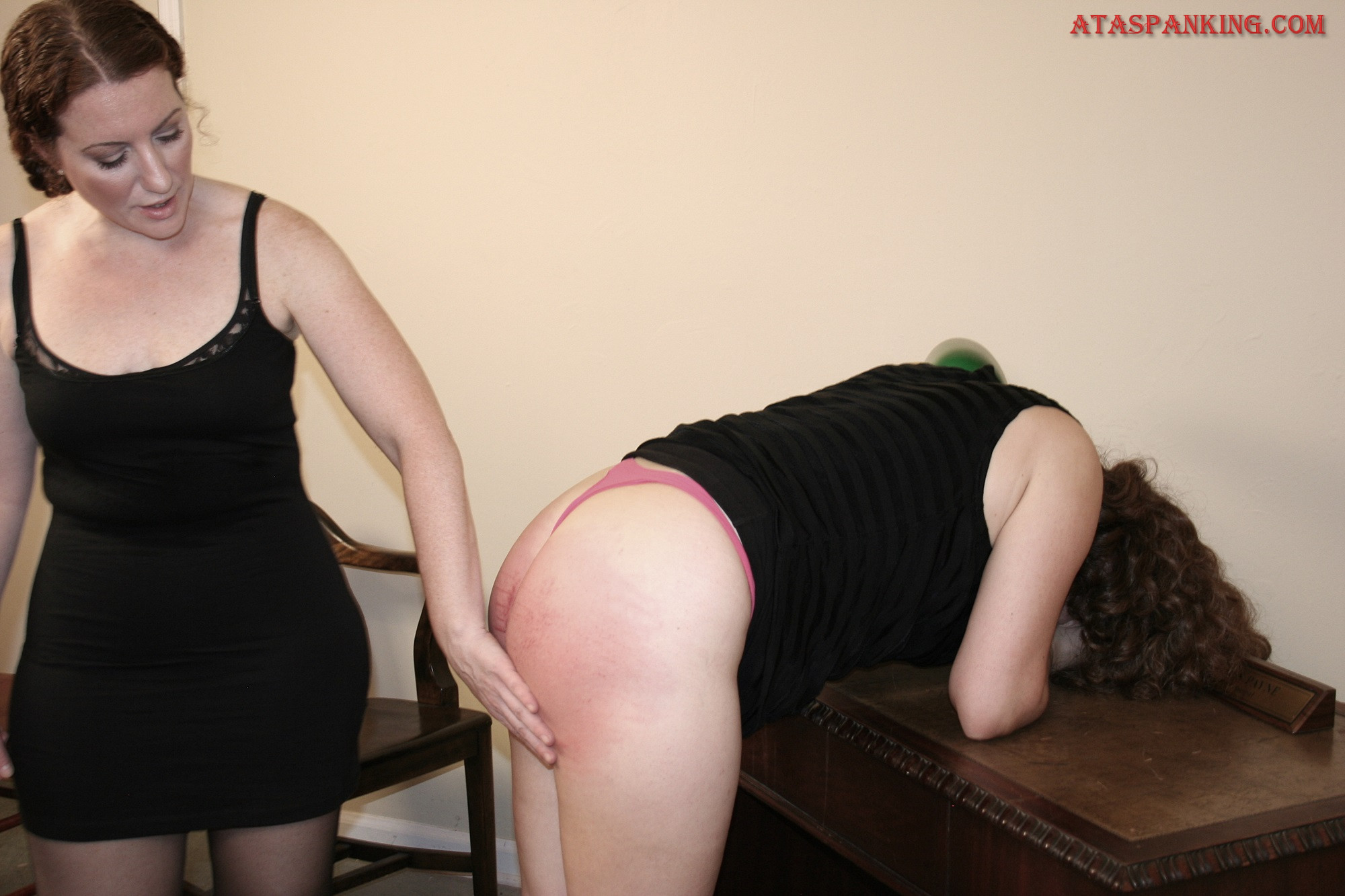 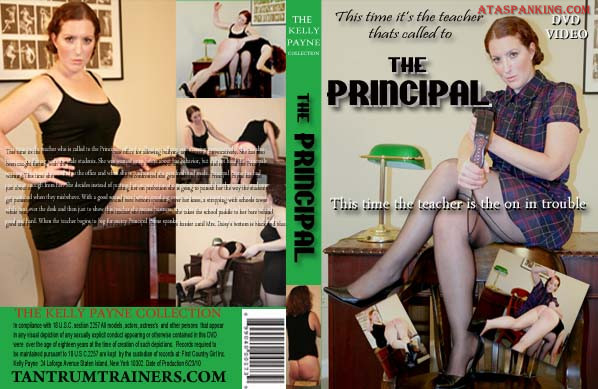 This time its the teacher who is called to the Principals office for allowing bullying and dressing provocatively. She has also been caught flirting with the male students.

She was warned once before about her behavior, but did not head the Principals warning.This time she is called to the office and when she is confronted she gets fresh and snide. Principal Payne has had just about enough from her. She decides instead of putting her on probation she is going to punish her the way the students get punished when they misbehave. With a good sound bare bottom spanking over her knee, a strapping with schools tawse while bent over the desk and then just to show this teacher she means business, she takes the school paddle to her bare behind good and hard. When the teacher begins to beg for mercy Principal Payne spanks harder until Mrs. Daisy’s bottom is black and blue.