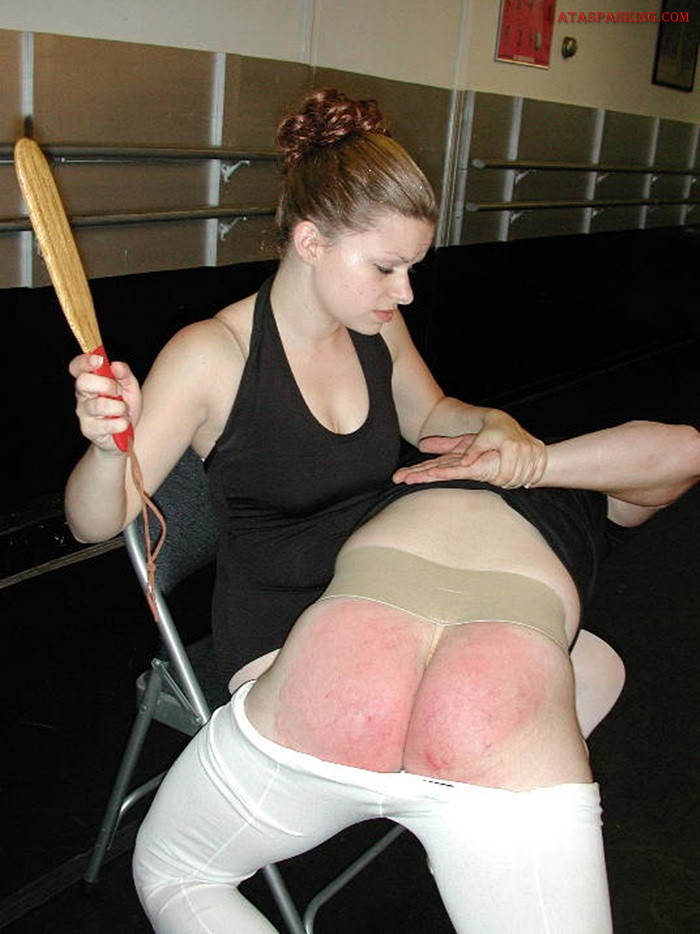 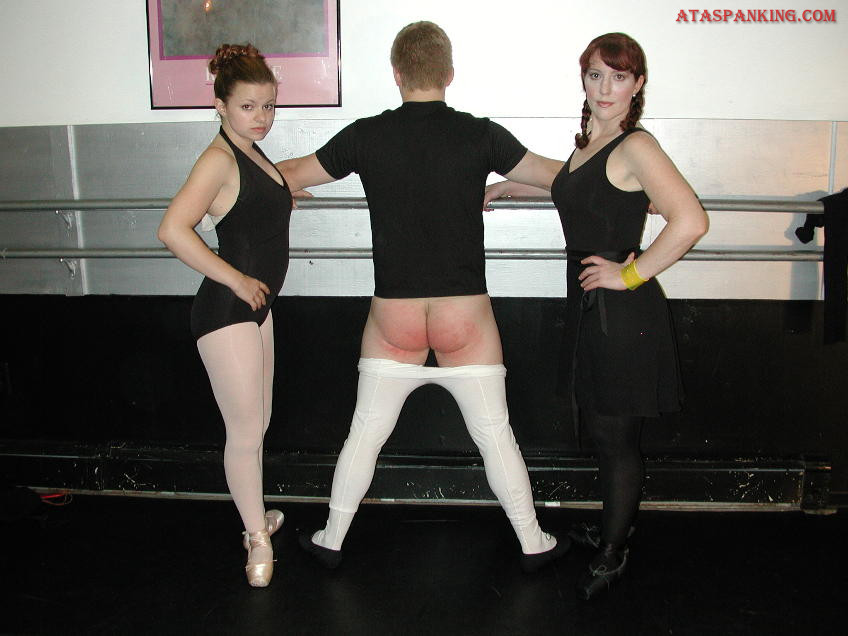 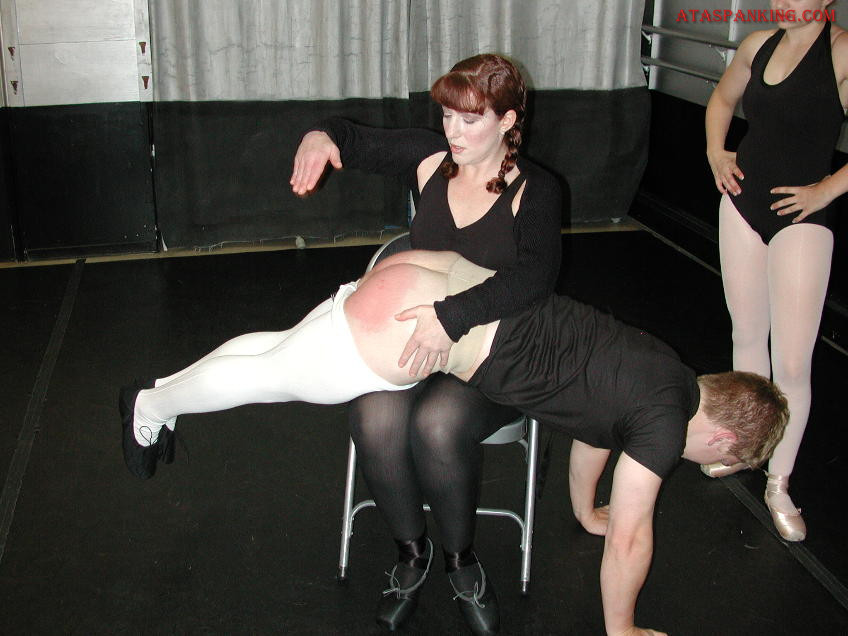 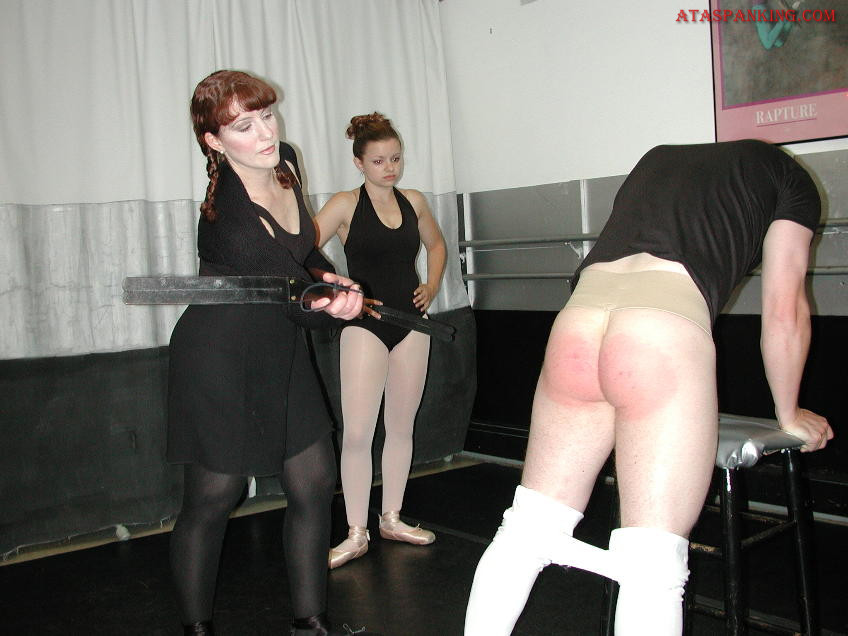 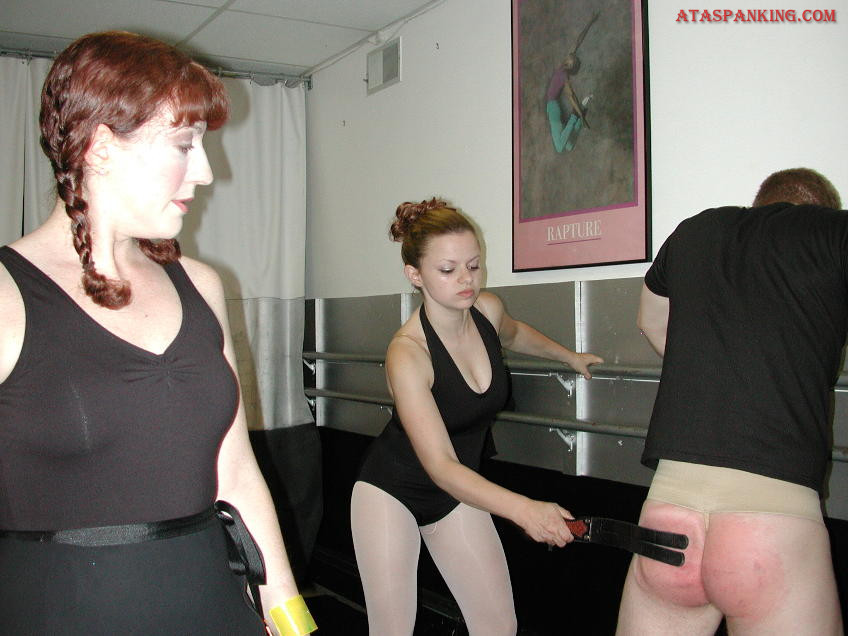 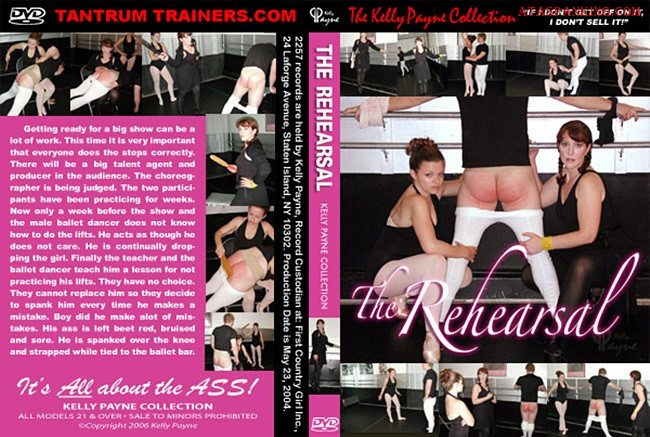 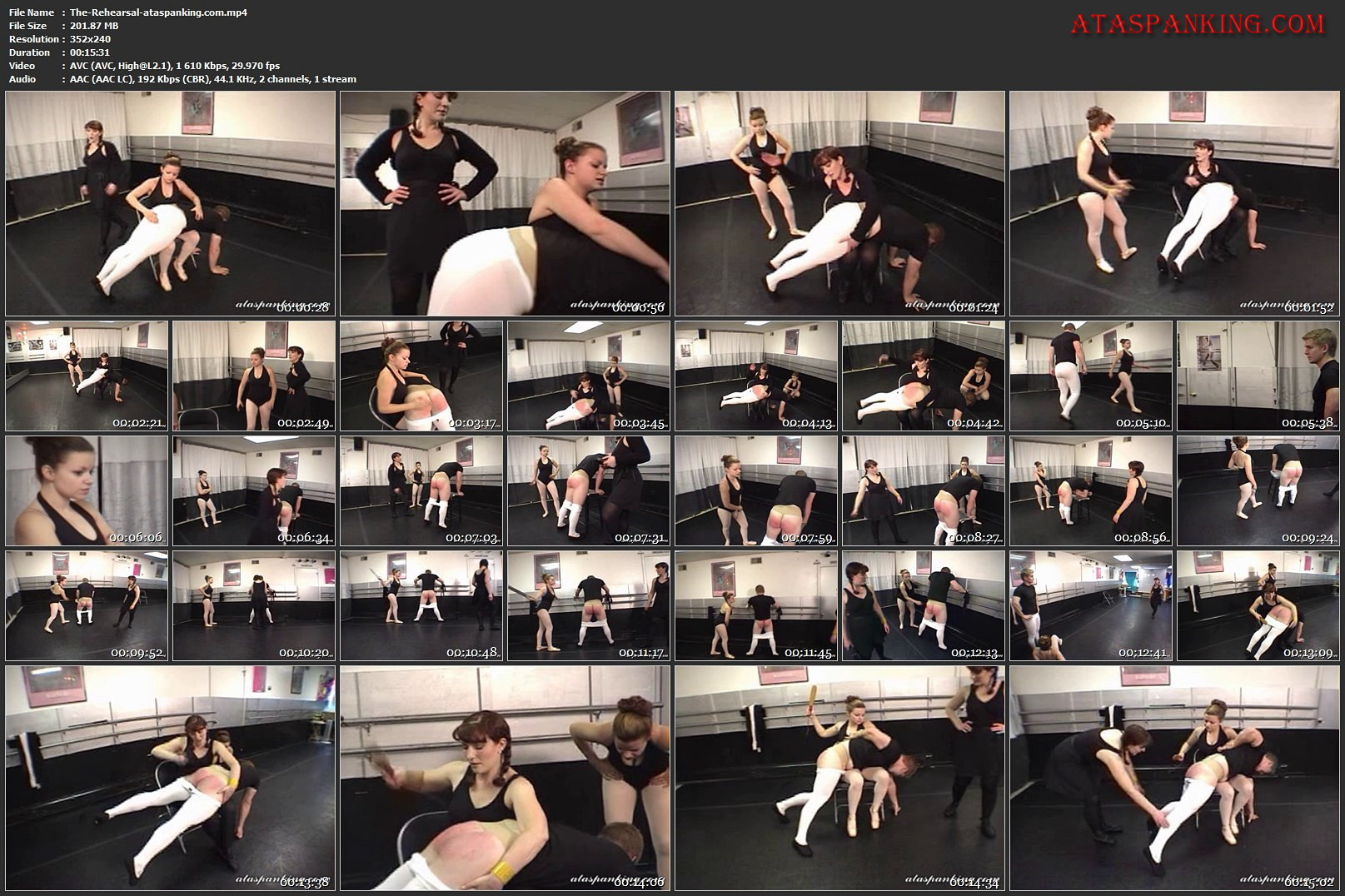 Getting ready for a big show can be a lot of work. This time it is very important that everyone does the steps correctly. There will be a big talent agent and producer in the audience. The choreographer is being judged. The two participants have been practicing for weeks.

Now only a week before the show and the male ballet dancer does not know how to do the lifts. He acts as though he does not care. He is continually dropping the girl. Finally the teacher and the ballet dancer teach him a lesson for not practicing his lifts. They have no choice. They cannot replace him so they decide to spank him every time he makes a mistake.

Boy did he make alot of mistakes. His ass is left beet red, bruised and sore. He is spanked over the knee and strapped while tied to the ballet bar.