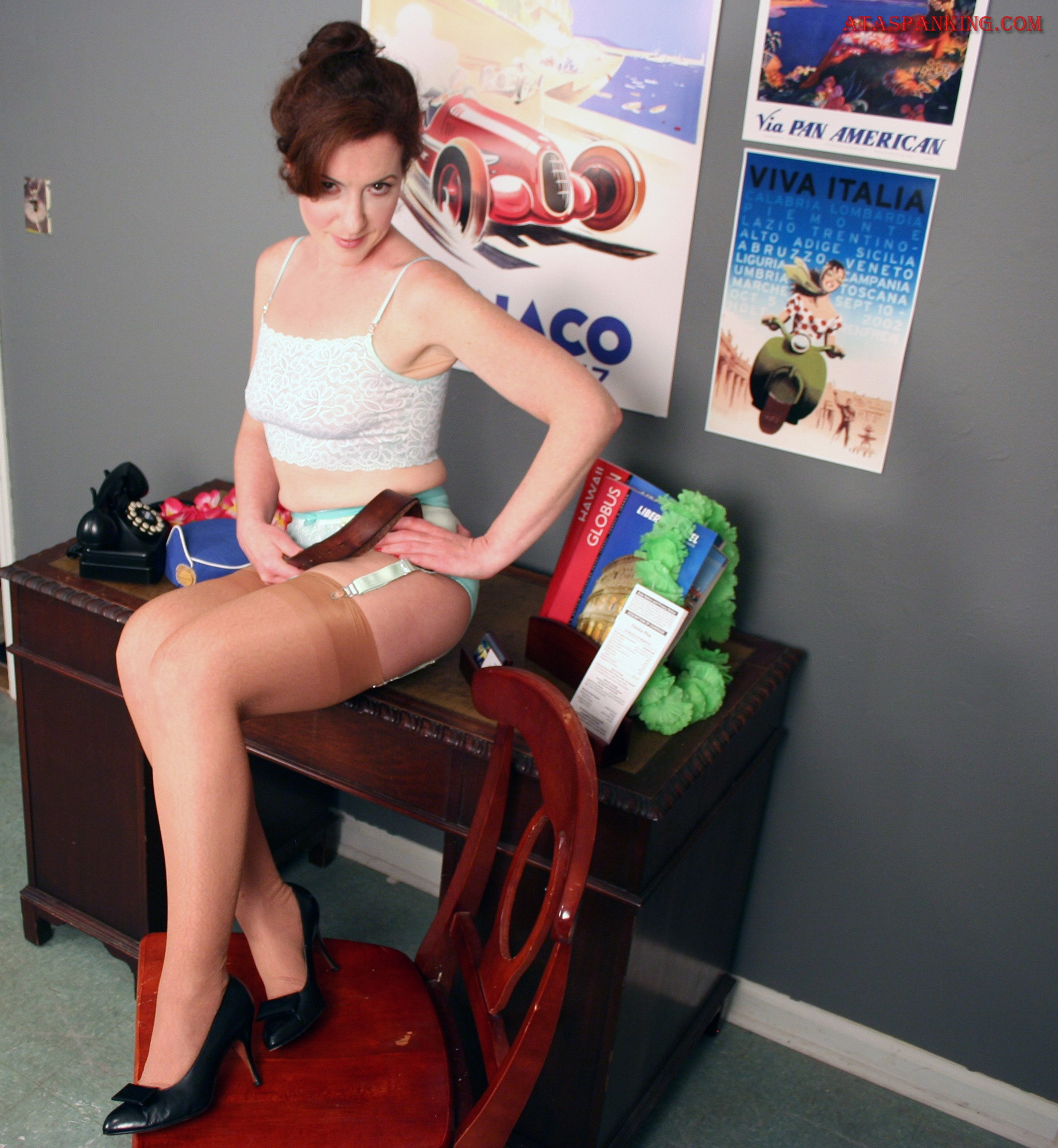 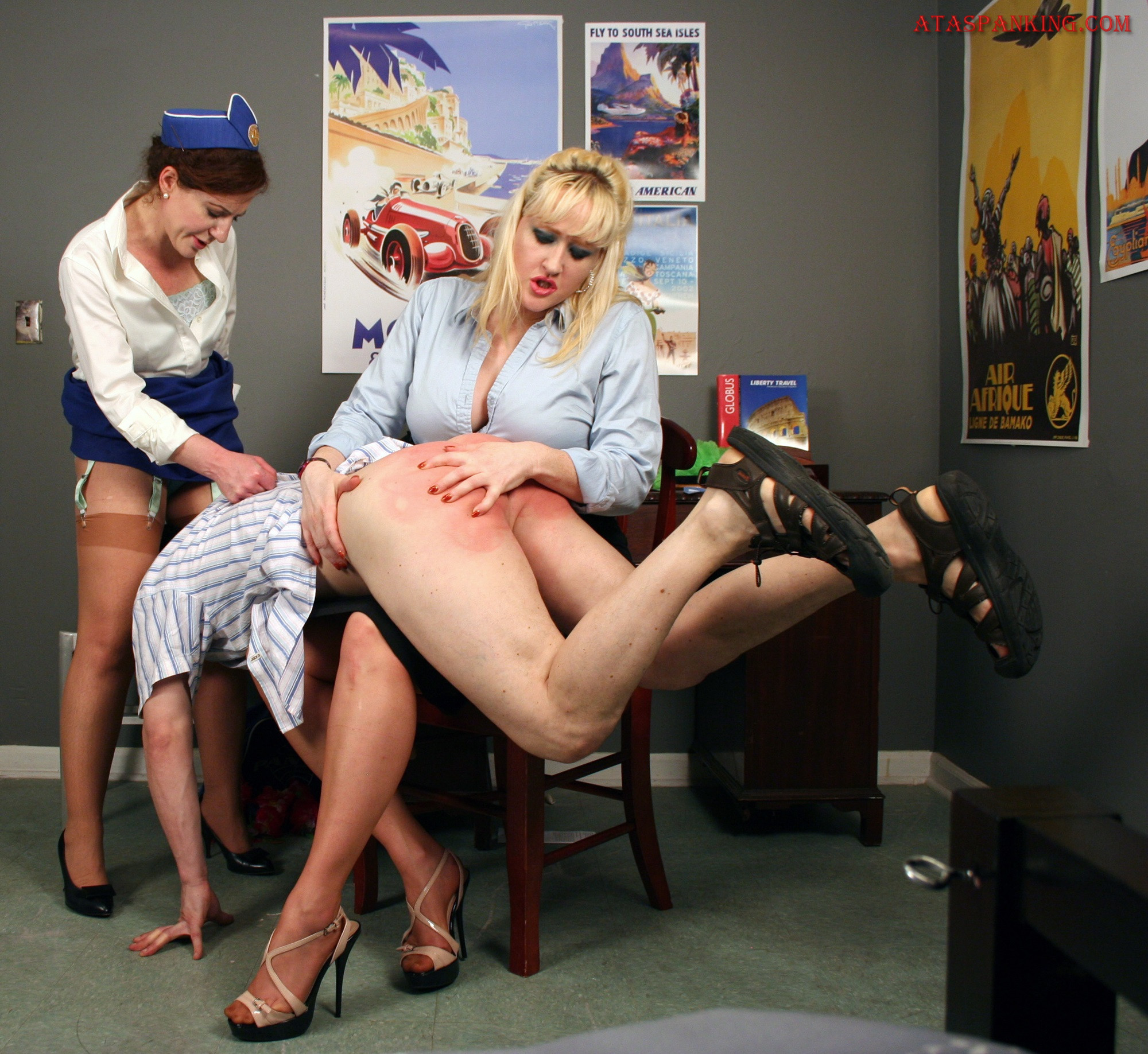 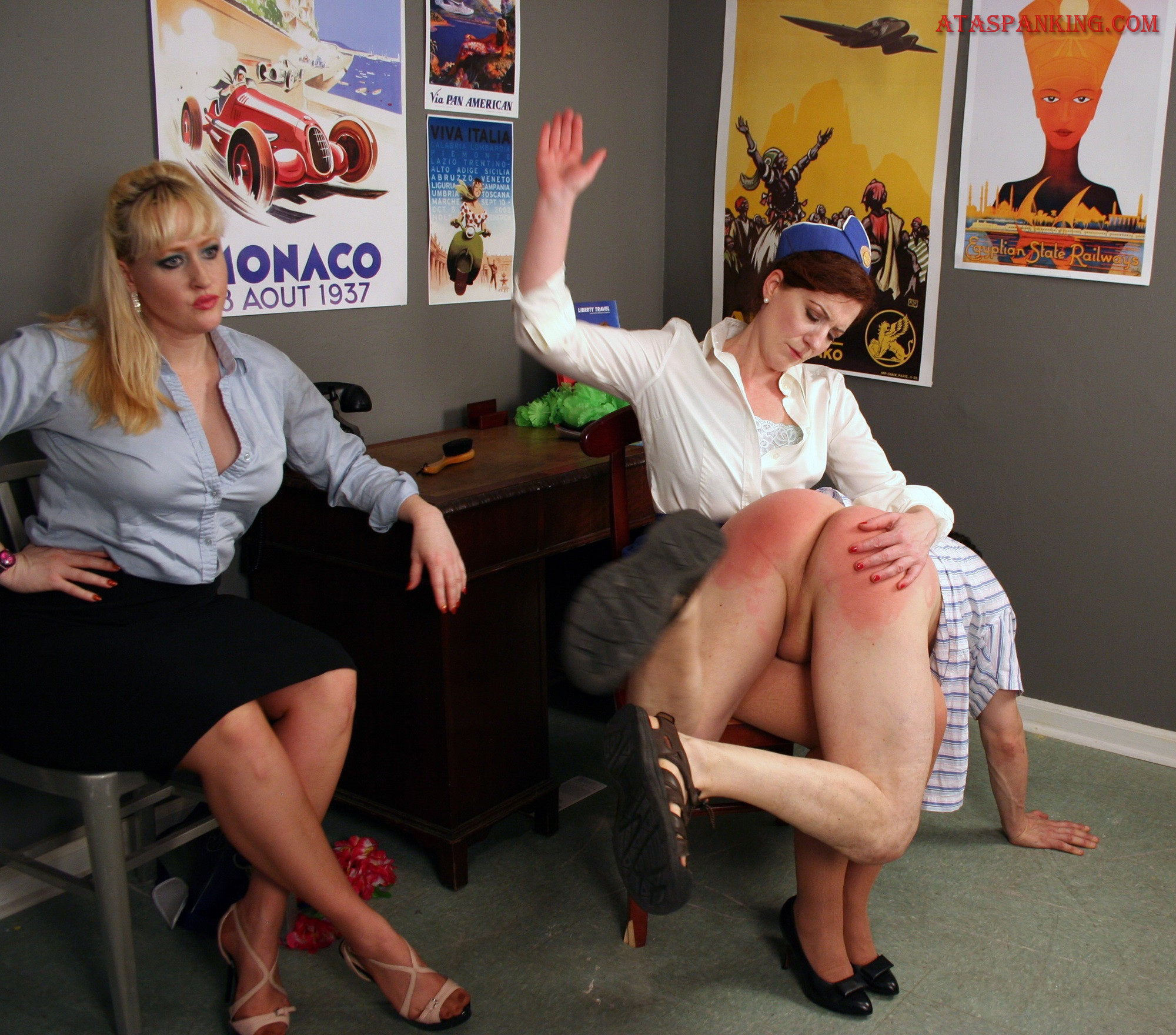 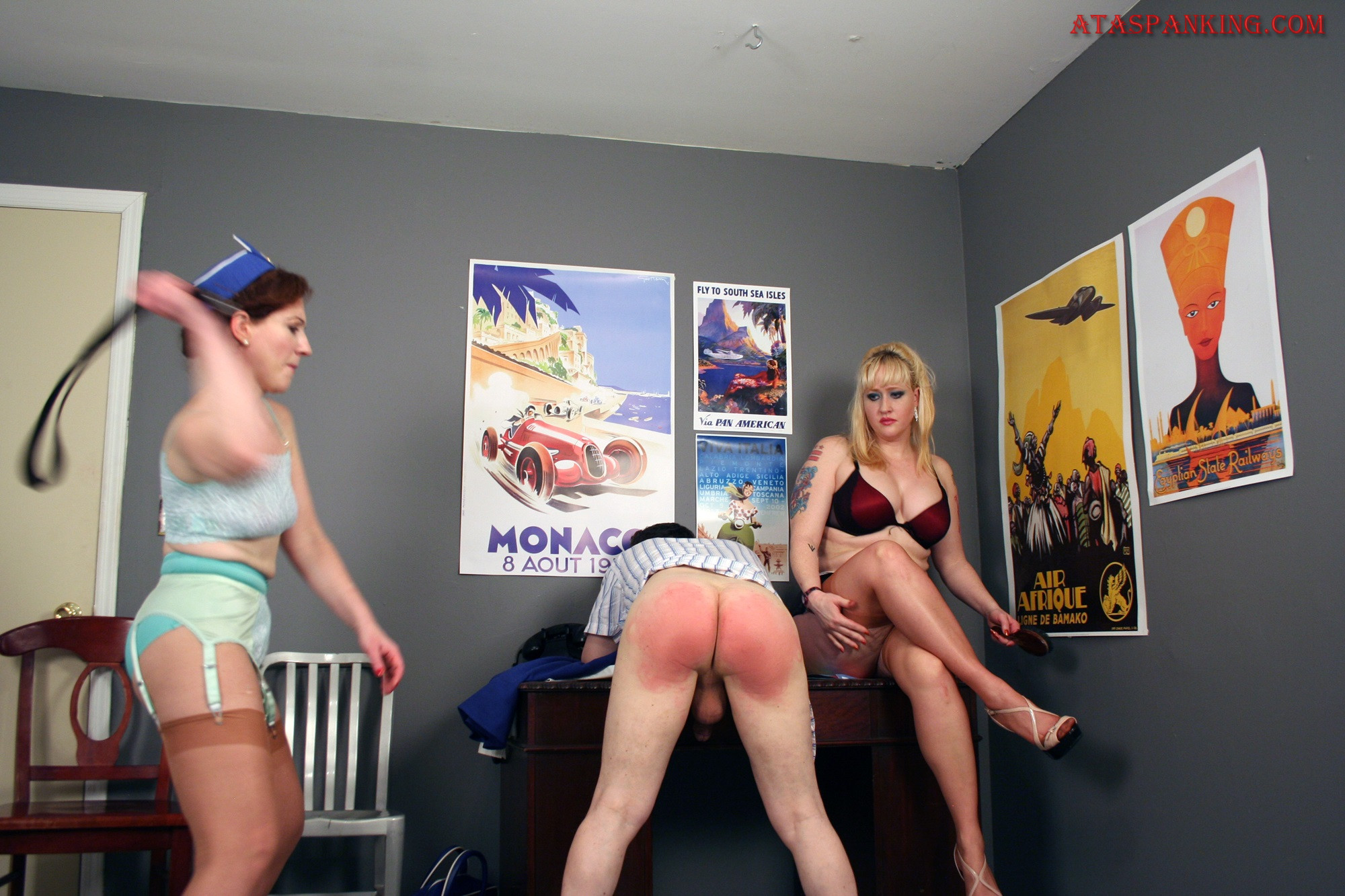 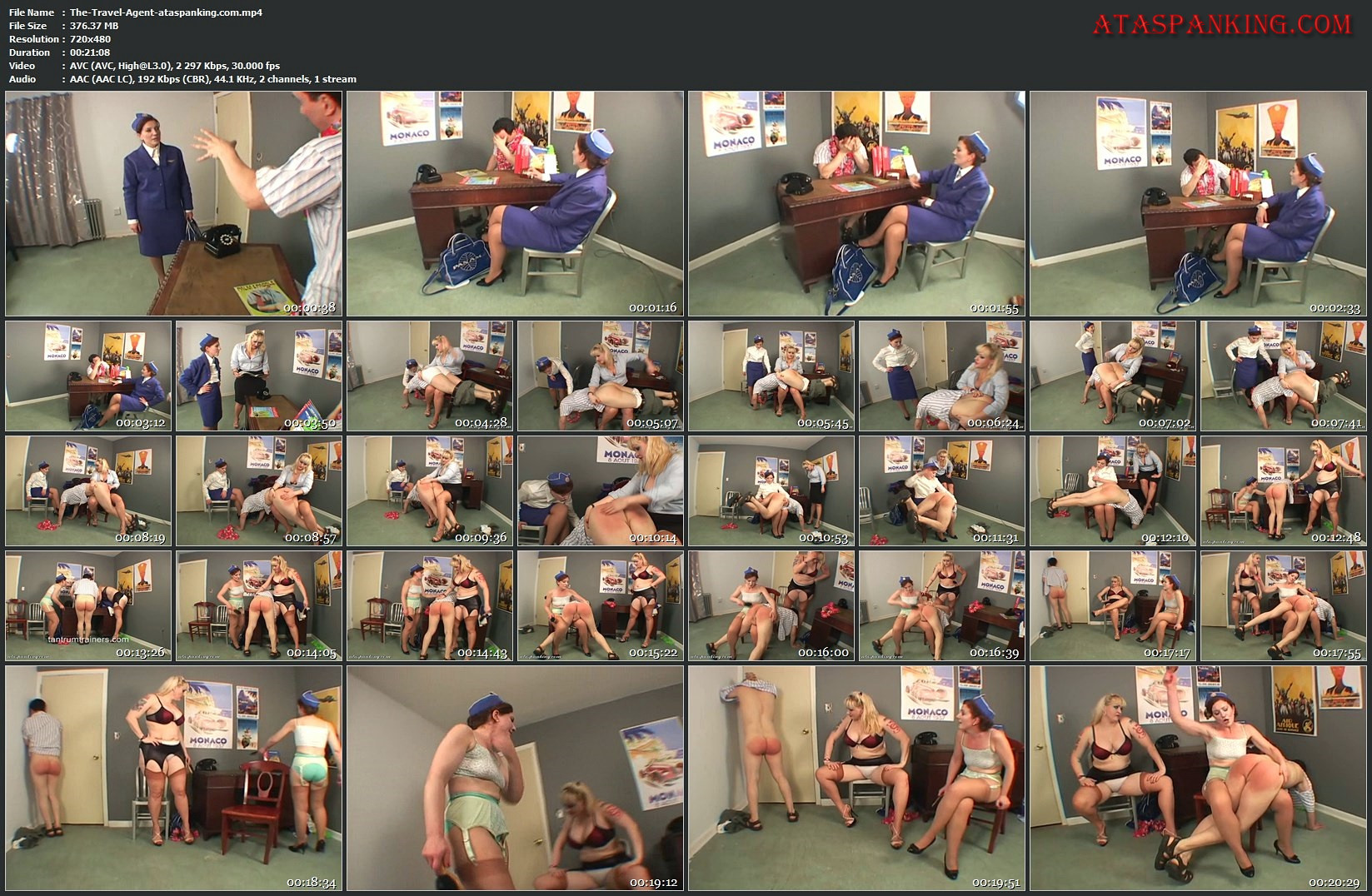 While 2 ladies are out shopping their apartment is being ransacked by a neighbor. Specifically their panties and adult toys.. When they arrive home they catch him sniffing their panties and all their personal adult toys opened. When they confront him he gets fresh and acts like he has done nothing wrong. His tune is changed after they threaten to tell the landlord and the other tenants.

Kelly is meeting her girlfriend Julie for lunch. Kelly is a flight attendant and Julie owns a travel agency.When Kelly arrives early she is greeted by Julies employee. He is obnoxious and rude. After being confronted by his boss he begins to rant and becomes belligerent. This is when Julies friend recommends a good sound over the knee spanking instead of firing him. Julies thinks this is a great idea “After all he wants to act like a spoiled brat he should be treated like one.”

Given an ultimatum he decides to take the spanking from both ladies. Its not exactly what he expected, especially when he he feels his underpants being pulled down. It took some time for him to apologize,but after all his kicking, crying and pleading he learned a lesson he will never forget. I love this video because his feet are off the floor and he literally has no control at all.