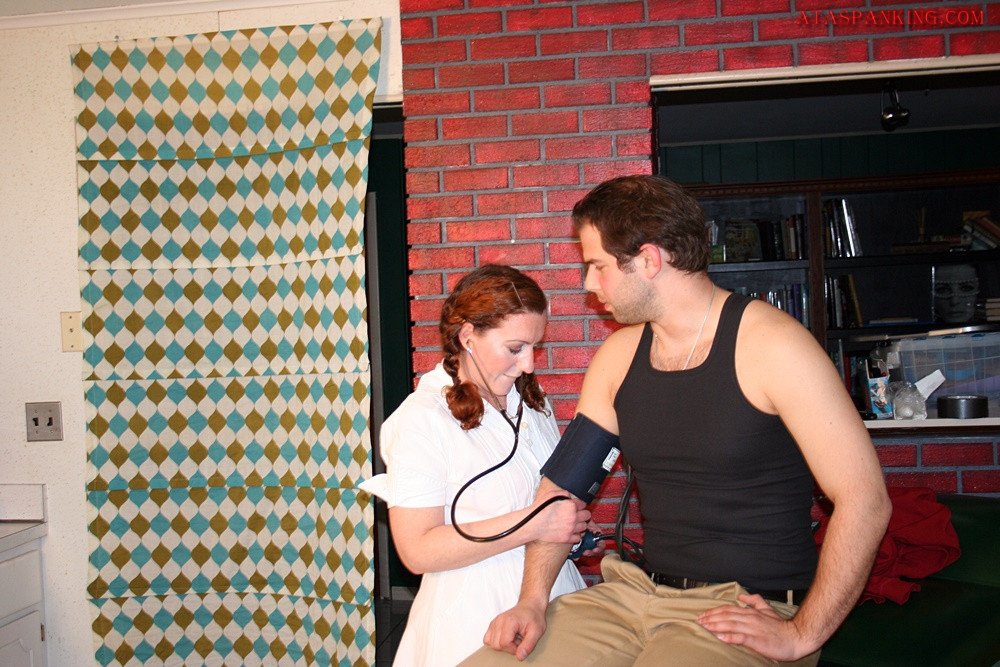 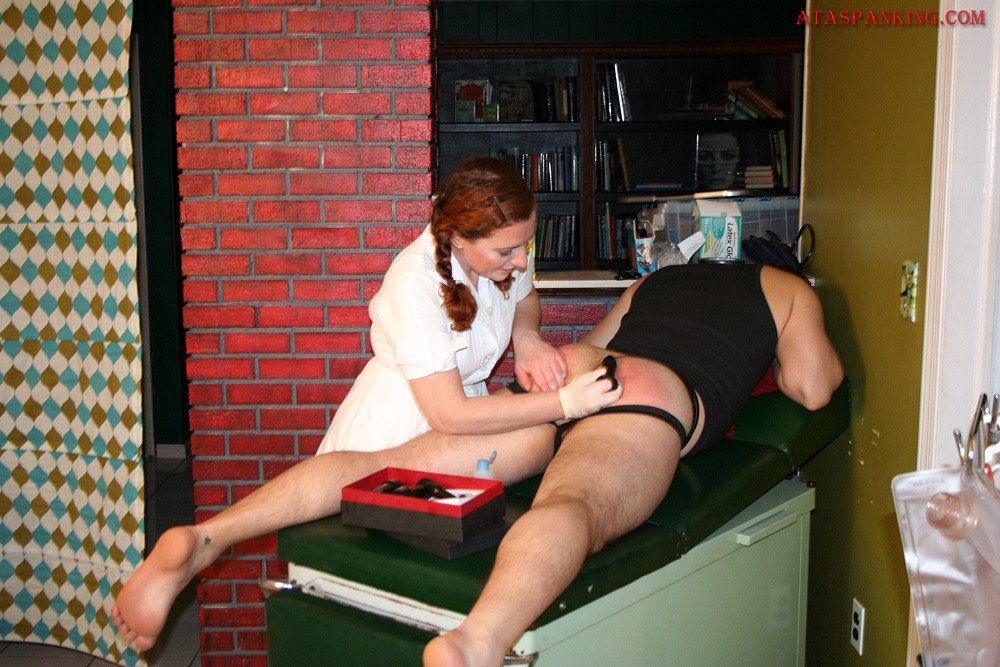 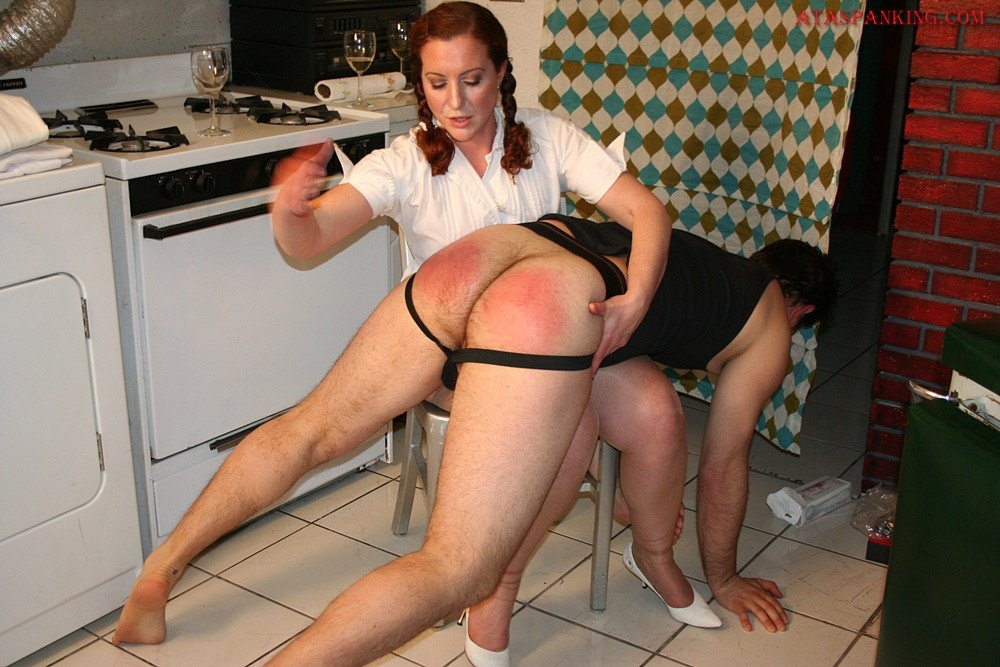 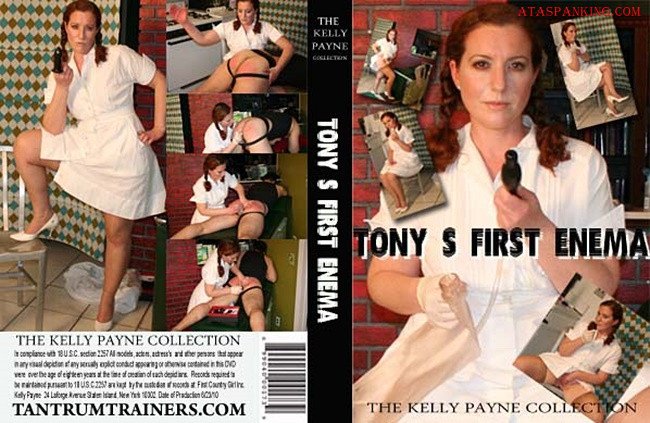 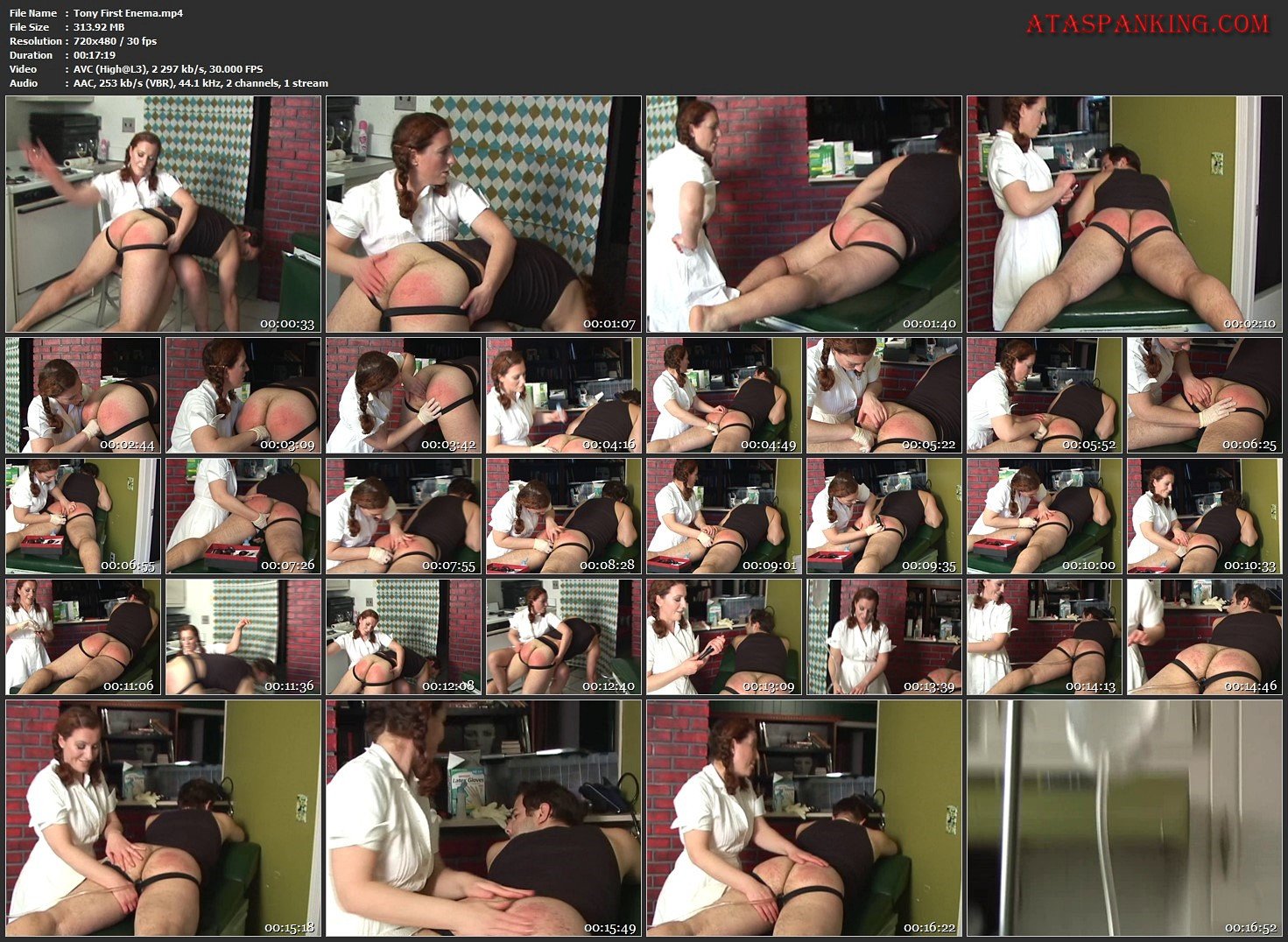 Tony had an appointment and did not seem to have any respect for Kelly Payne or her business. He showed up over 30 minutes late. She was really pissed. As they began his enema session he insisted on giving me a hard time. Getting smart and answering her back. So Kelly had to teach him a lesson right off the back with a good sound spanking over her knee which he was not expecting. He had a nice ass. His ass really turned her on, which is evident in the video. He gets his ass hole worked over in this video with Kelly’s fingers, a long rubber anal intruder which made him moan and a prostate massager. His ass hole was so tight she had to use dilators to open him up. He was given some fleet enemas along with a 2 qt bag enema with a large nozzle which made him whine. He continued to be smart and question Miss Payne so once again he was spanked this time harder, he squirmed a lot. He was so smart he began grinding into her when she had him in a scissor hold and she almost had an orgasm. He wanted to see me lose control and I did on his bottom.