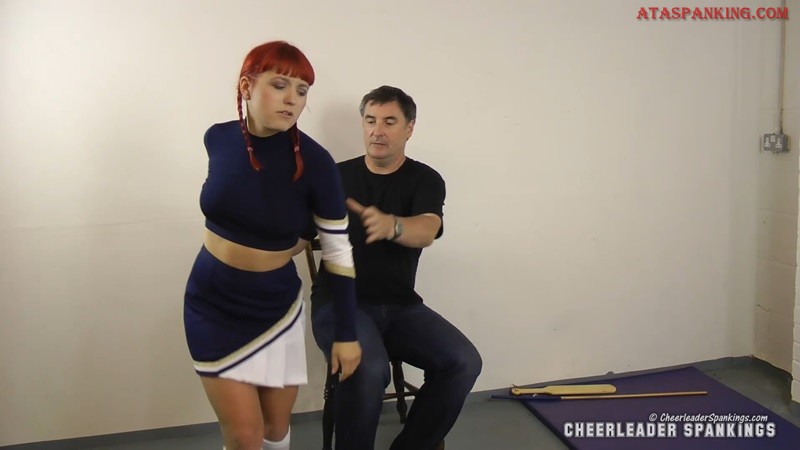 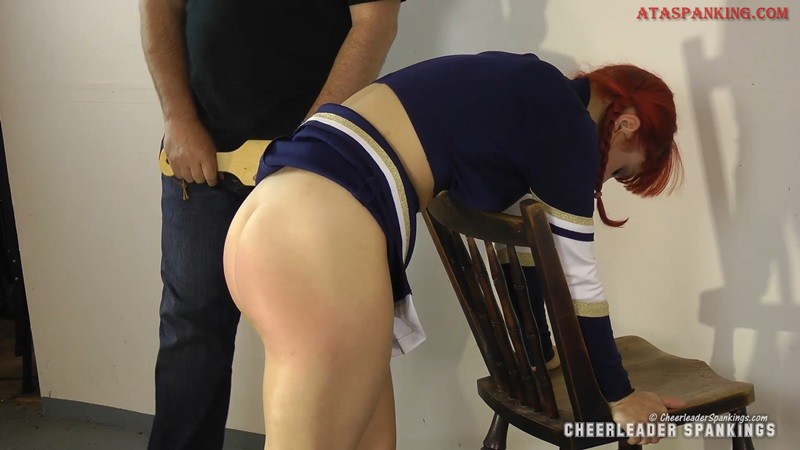 Rosie Ann is back and it seems she never learns her lesson and only remains in the squad after receiving various punishments as she is by far the best cheerleader in the squad. However, when she turns up for competition in a spare uniform without the team logo, this really is the last straw. Her excuses are predictable and poor and Coach is having none of it. He spanks her as he has done previously, even spanking her hard on her bare, jiggling bottom. That certainly grabs her attention as his hand is mean and unpleasant, smacking her hard. As we said earlier, she never learns… and her attitude gets her into further trouble as this time Coach decides to use a wooden paddle and cane with her bent over a chair, her bottom and private parts on full, humiliating display. She isn’t so cocky now and takes several swats and strokes of these implements which finally teach her a humbling lesson that being a team player is more important and she promises to do better in future. 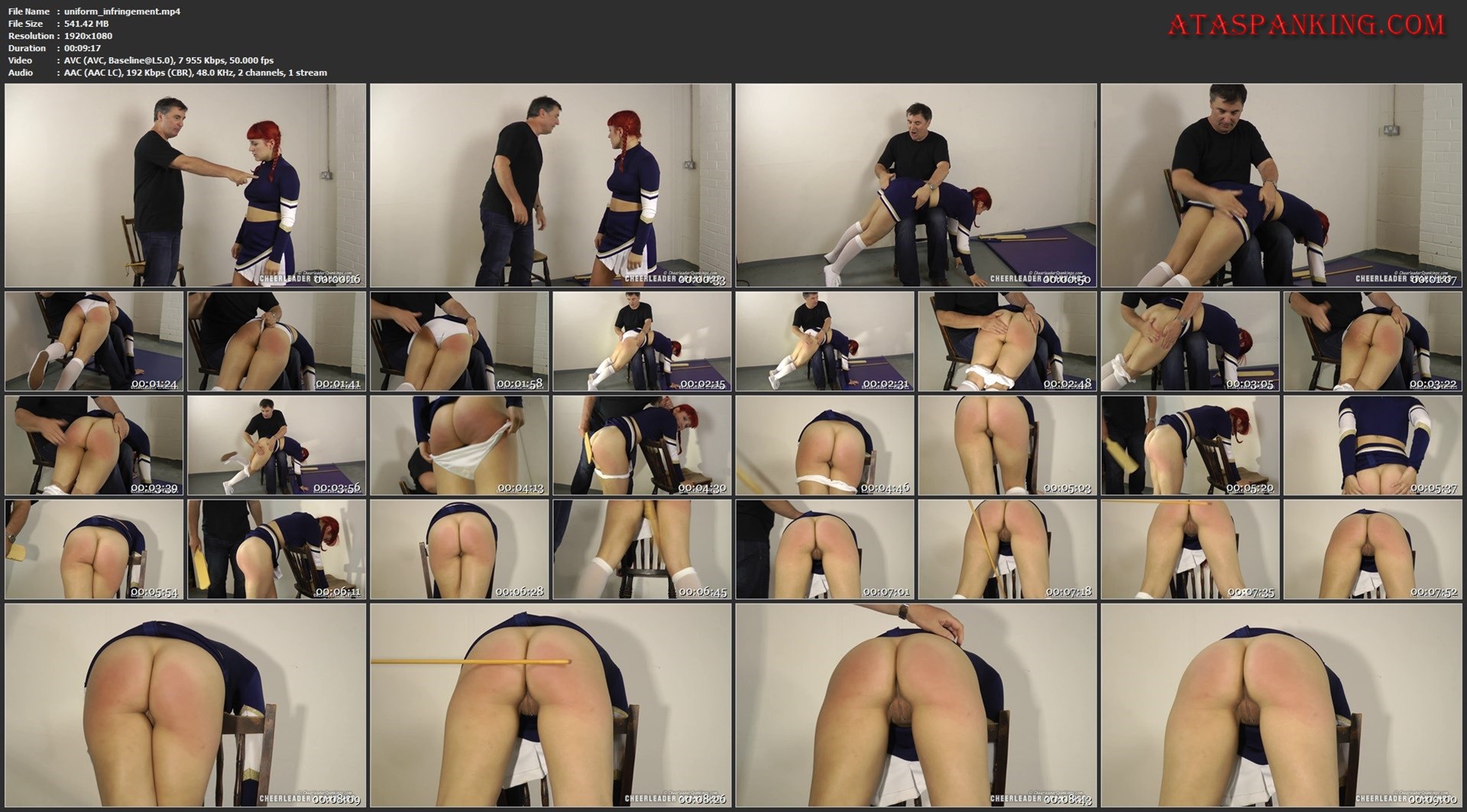 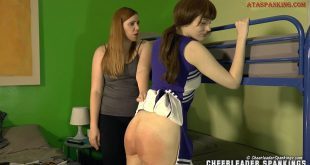 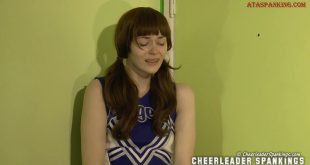 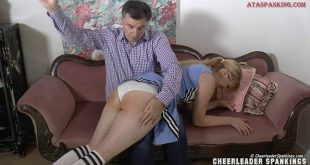 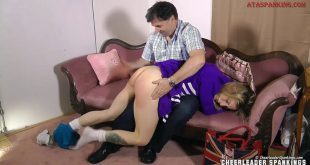