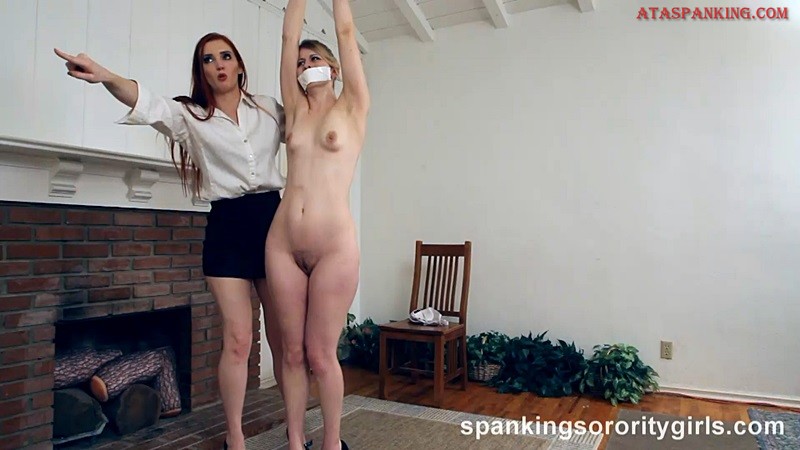 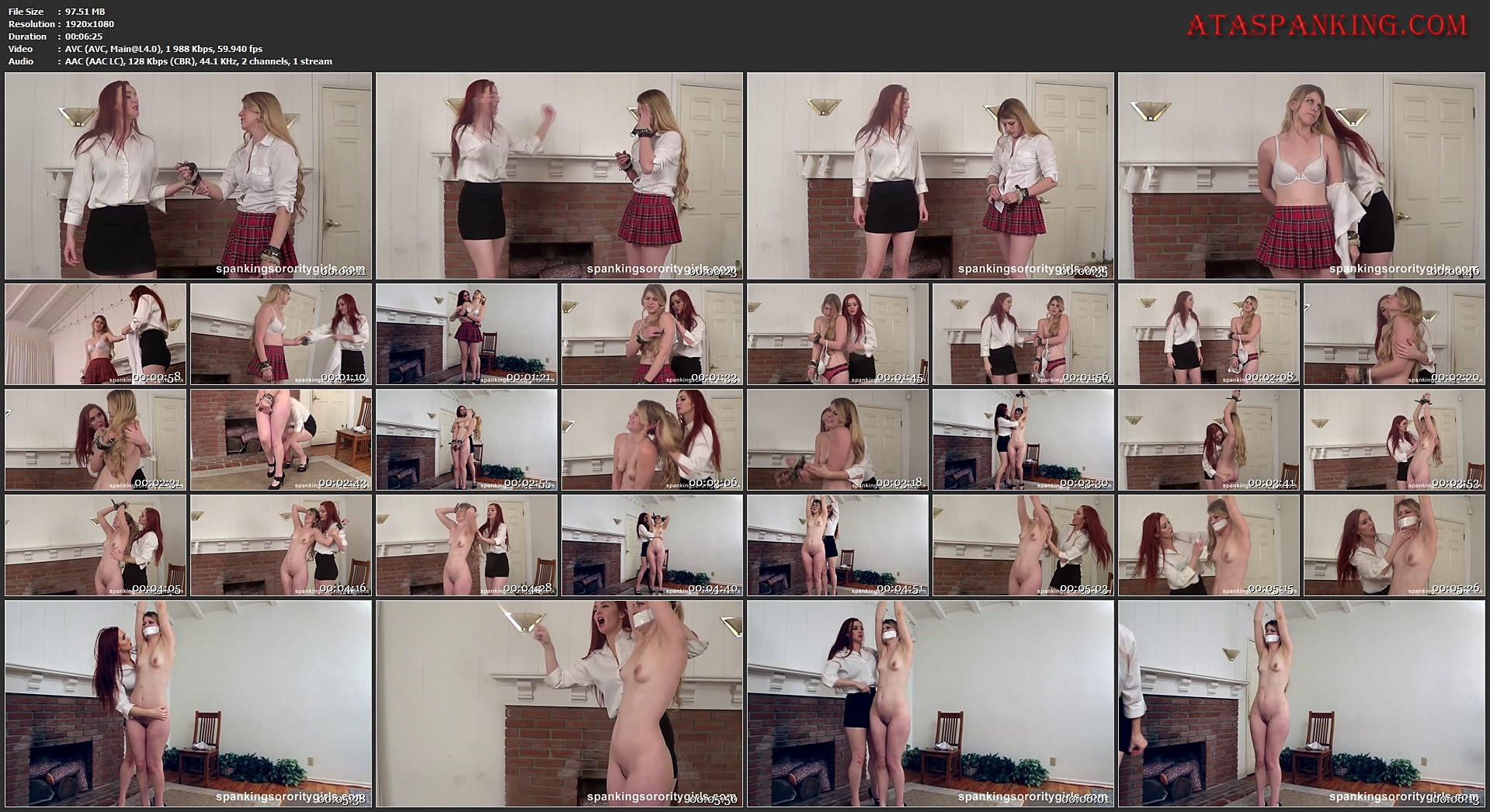 Harley Havik has been so bad and defiant that very angry senior girl Veronica Ricci must give her the harshest of punishments. She whips, canes, paddles and spanks Harley until she is tamed and left crying in the corner. This scene is very severe and includes bondage and several implements as well as full nudity and a variety of positions.