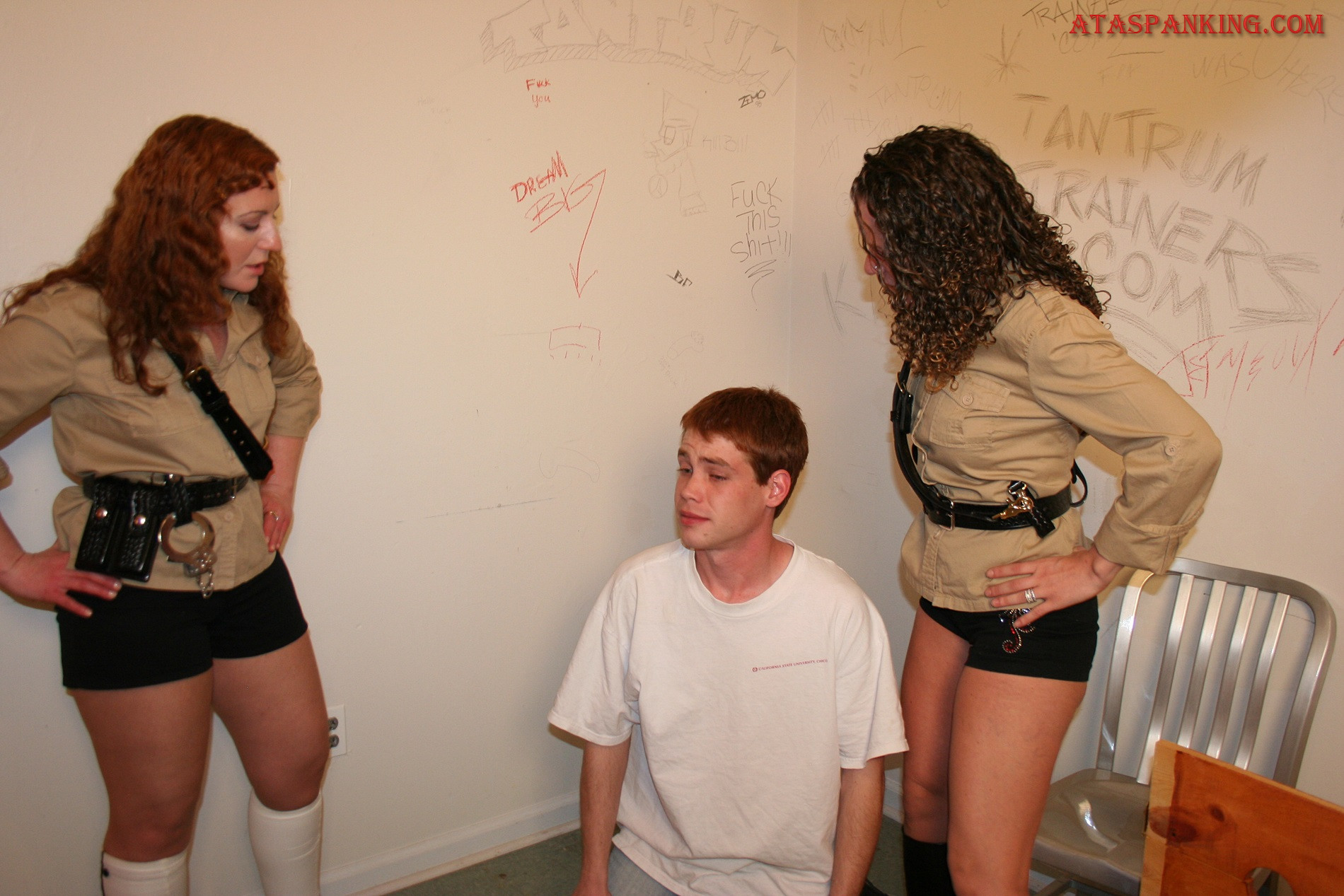 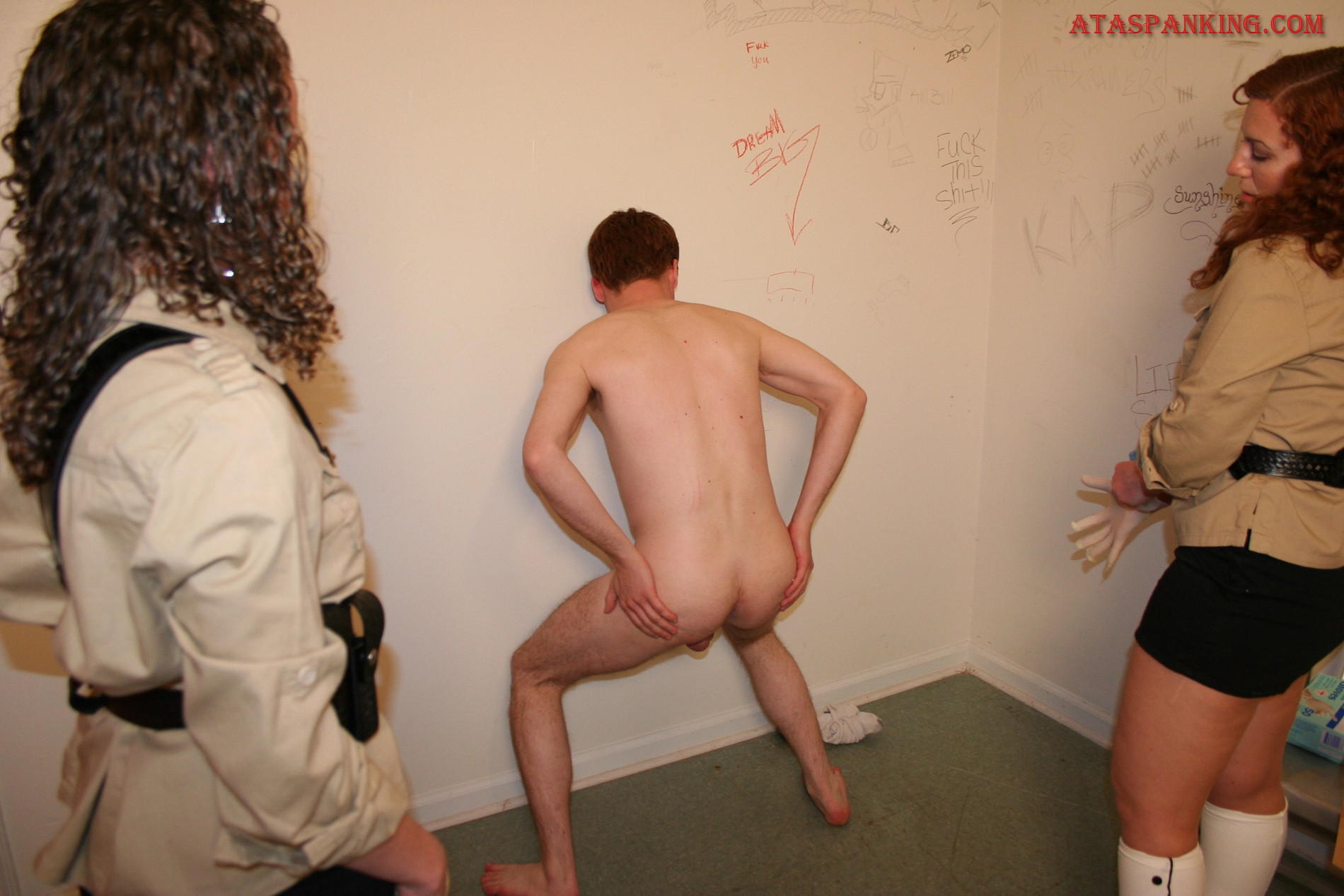 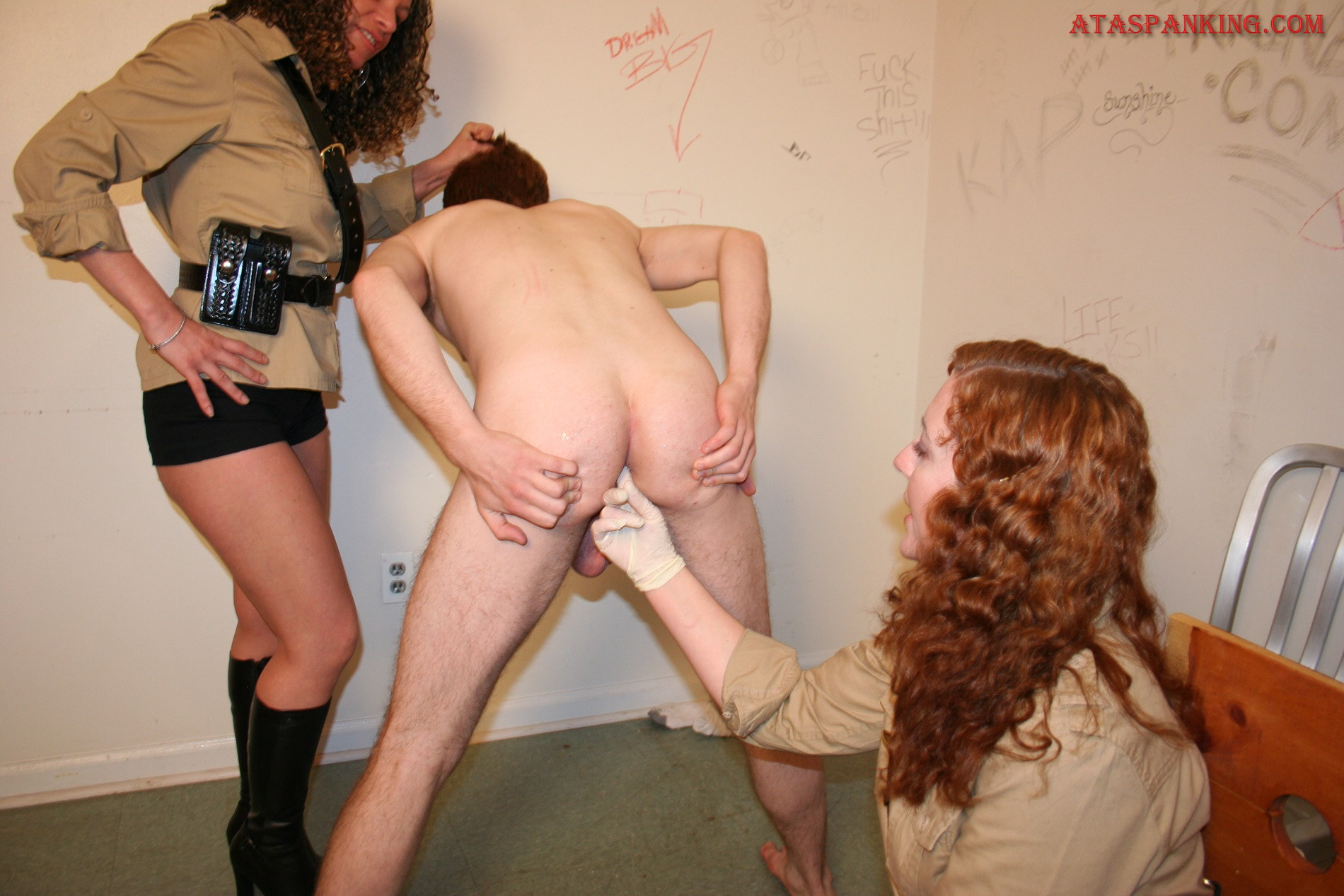 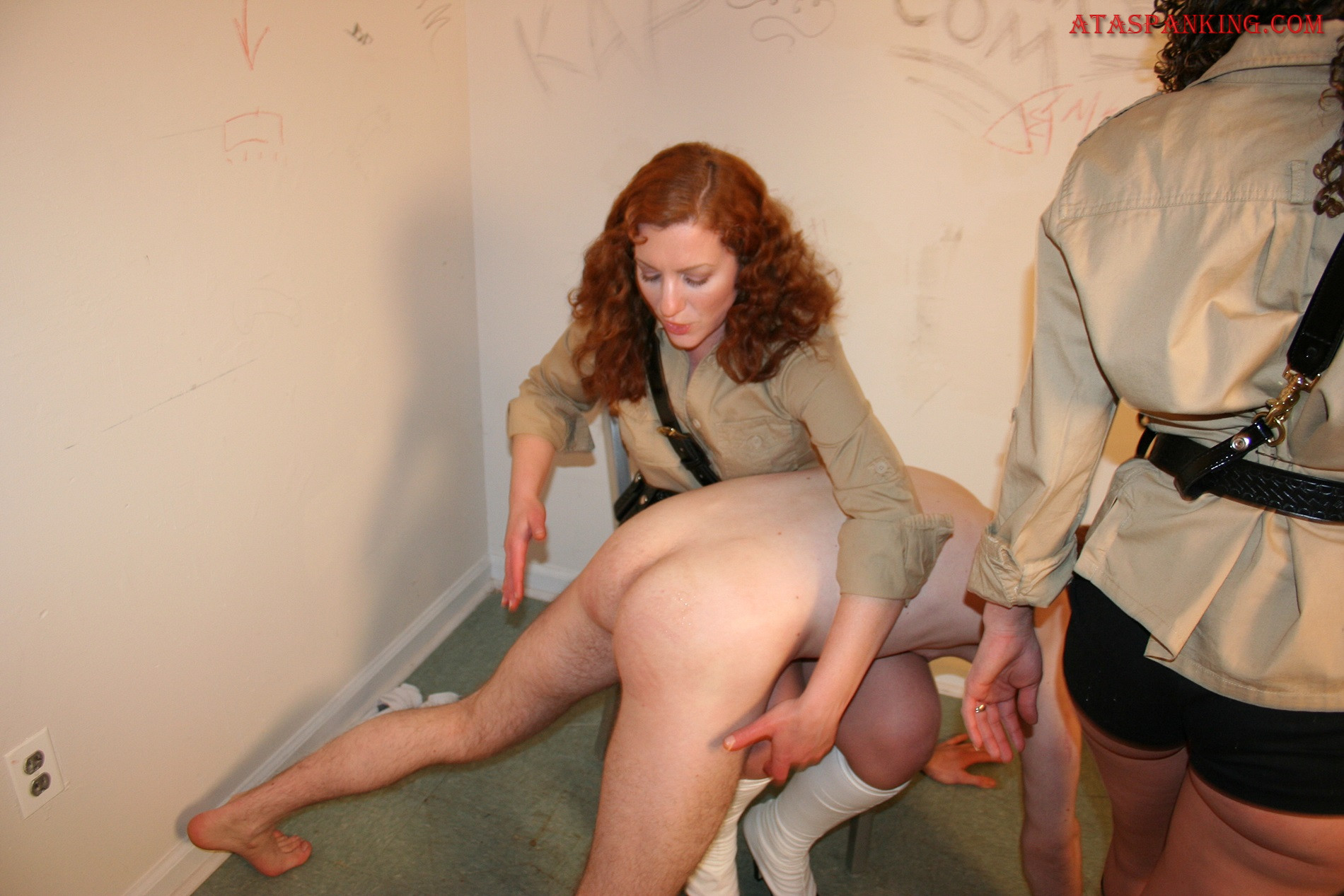 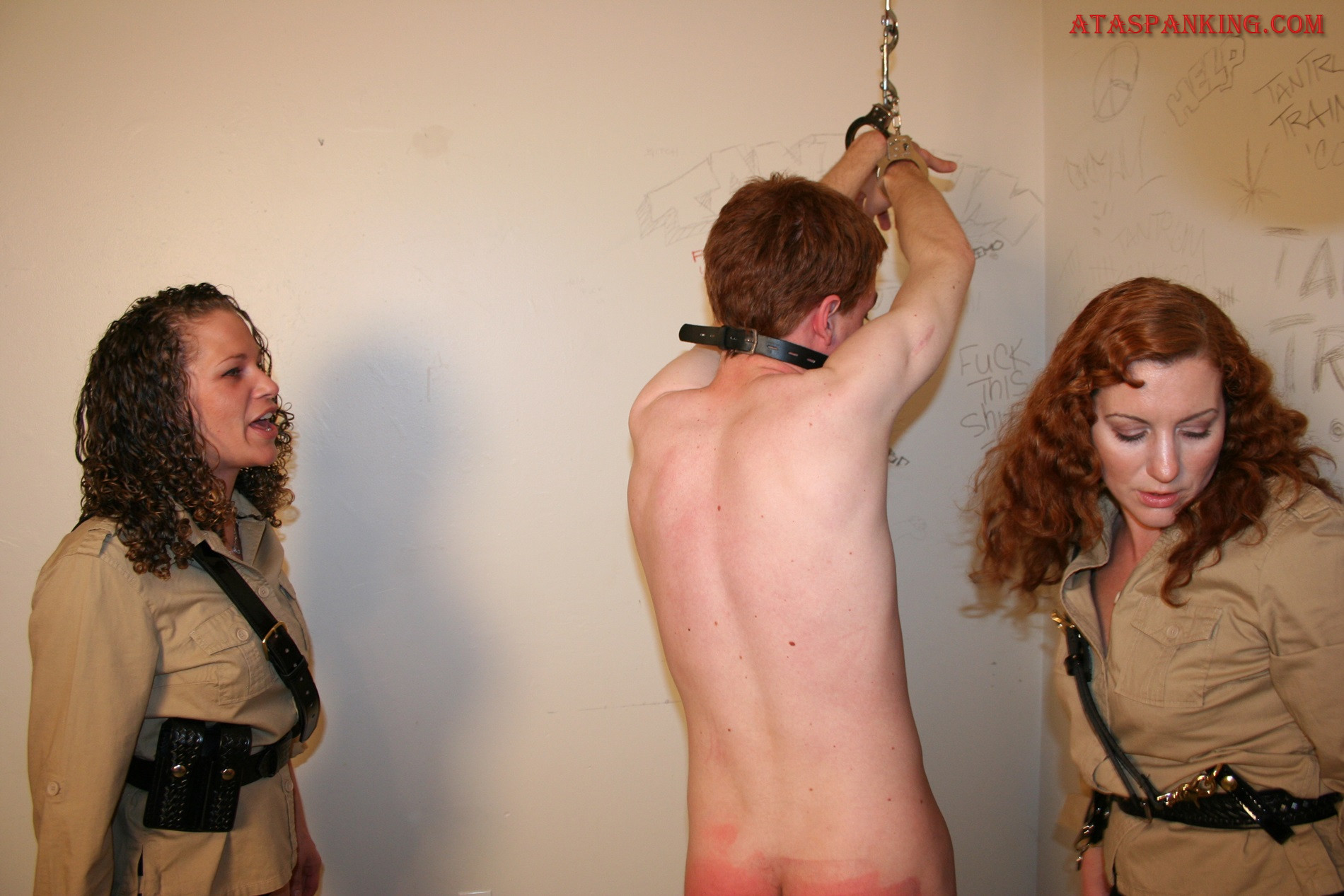 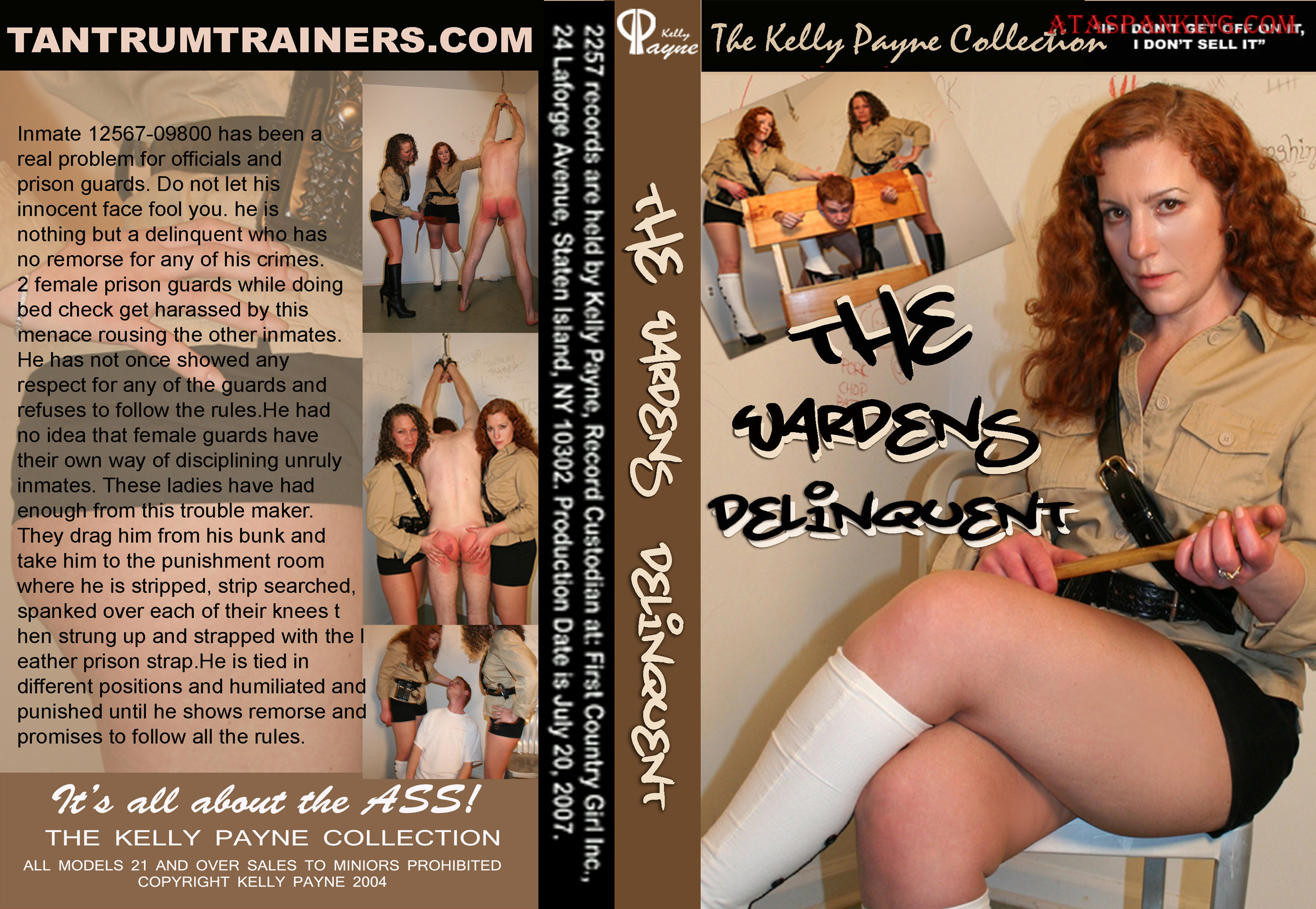 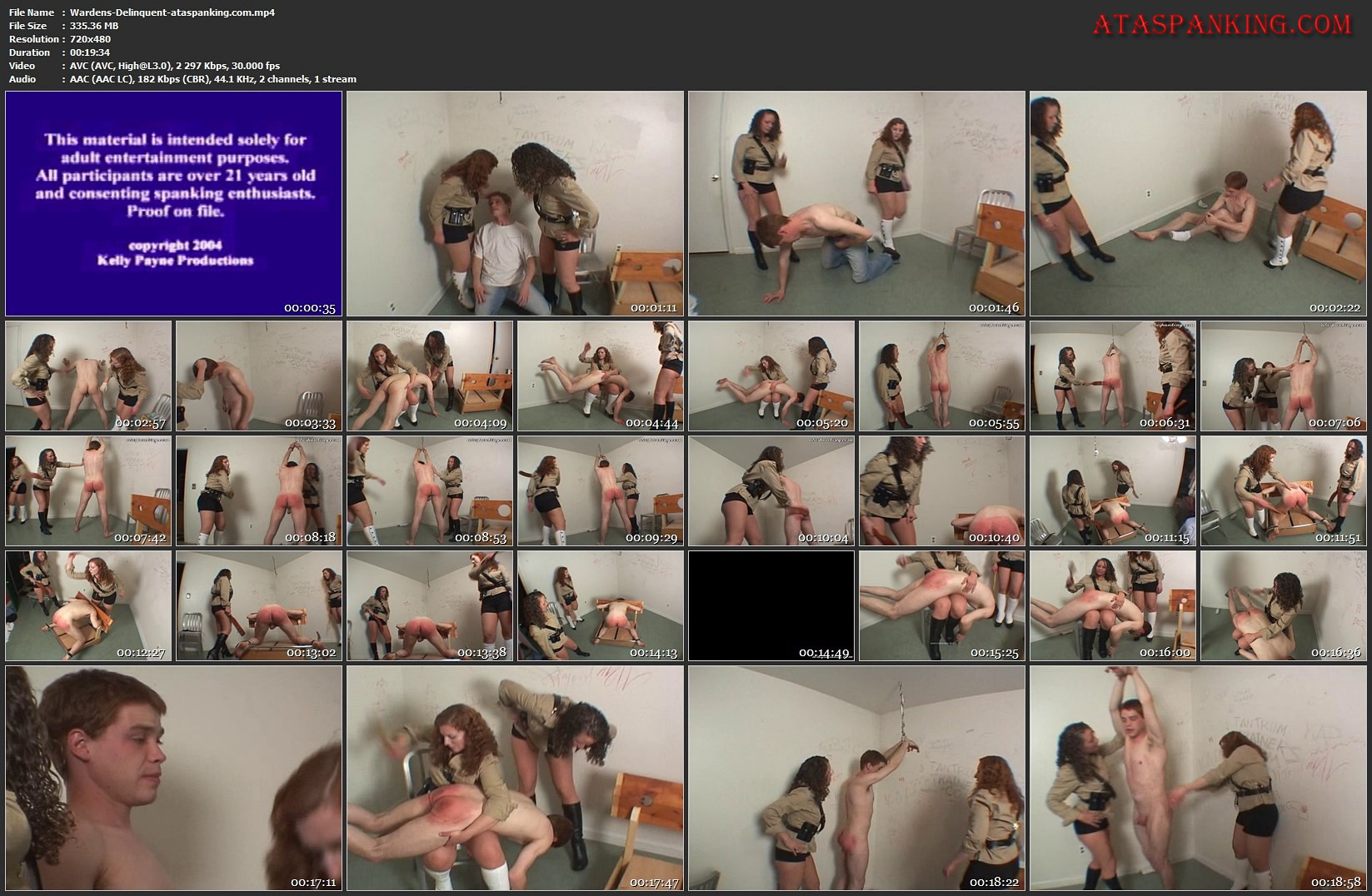 Inmate 12567-09800 has been a real problem for officials and the prison guards. Don’t let his innocent face fool you he is nothing but a delinquent who has no remorse for any of his crimes. 2 prison guards doing bed check get harassed by this menace rousing the other inmates. He has not once shown any respect for the prison guards and refuses to follow the rules.

He had no idea that the female guards had their own way of disciplining the inmates. These ladies have had enough form this trouble maker. They drag him from his bunk and take him to the punishment room where he is stripped and searched. Then he is taken over each of their laps and given a sound spanking. Still not satisfied that he has learned his lesson he is strung up and strapped with the leather prison strap. He is punished and humiliated until he shows remorse and promises to follow the rules.