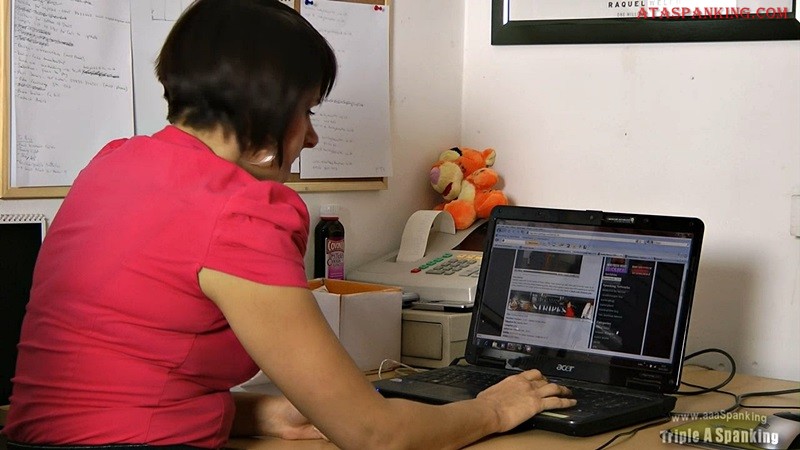 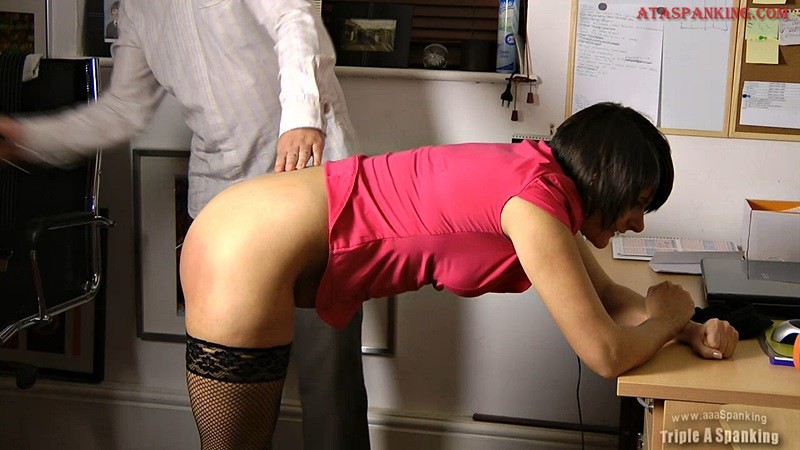 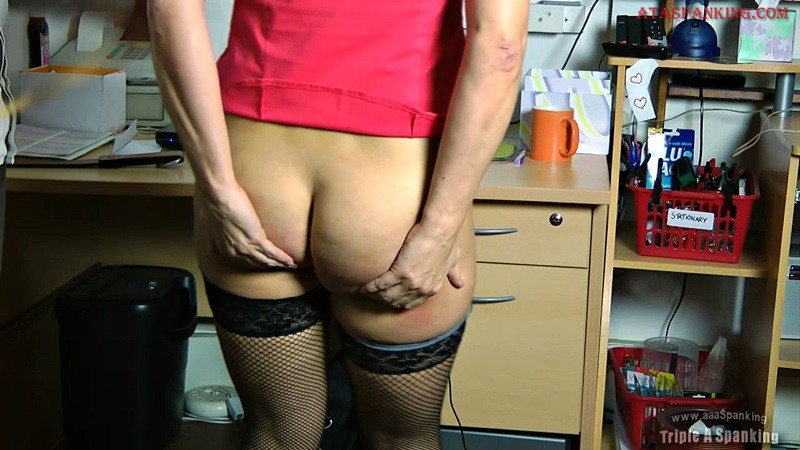 Cindy was bored at work but instead of finishing off the accounts she started surfing for some online spanking material. The office she worked in had a culture of spanking with her boss often dishing out some humiliating punishments, however Cindy would have wished she had been just a little more discreet as the noise of the spankings she was watching attracted the attention of Mr Osborne, her pervy boss! He had heard the tell tale noises of bare cheeks being smacked & was immediately suspicious when Cindy tried to hide what she’d been watching! She was soon stood up & made to remove her panties as he berated her for using his time that he paid her for to look at such online smut! She was given a taste of what she had been watching, bent over spanked with her bottom jiggling in pain, this was followed by a hard strapping & caning of her swollen cheeks for daring to abuse his trust, time & money employing her! 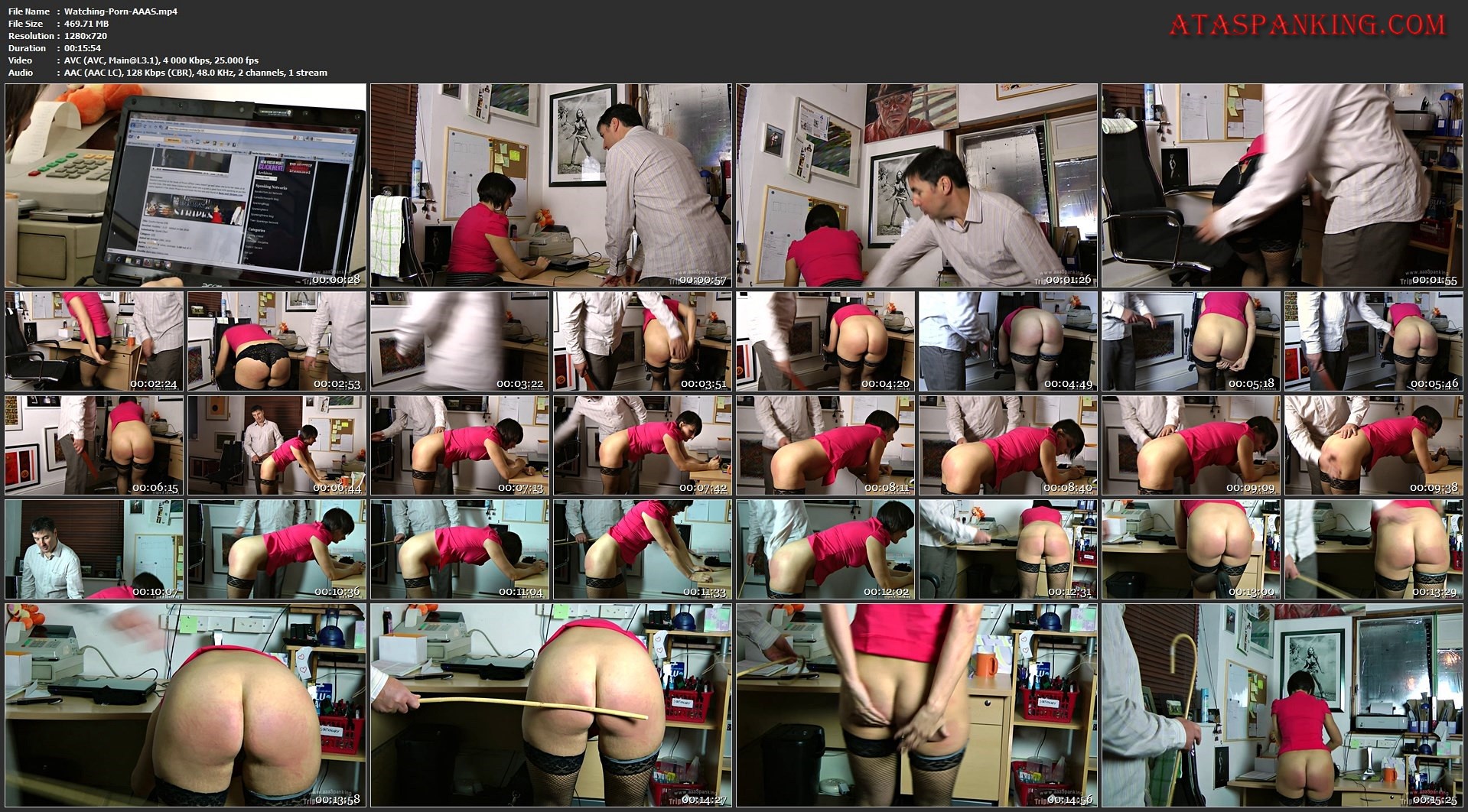