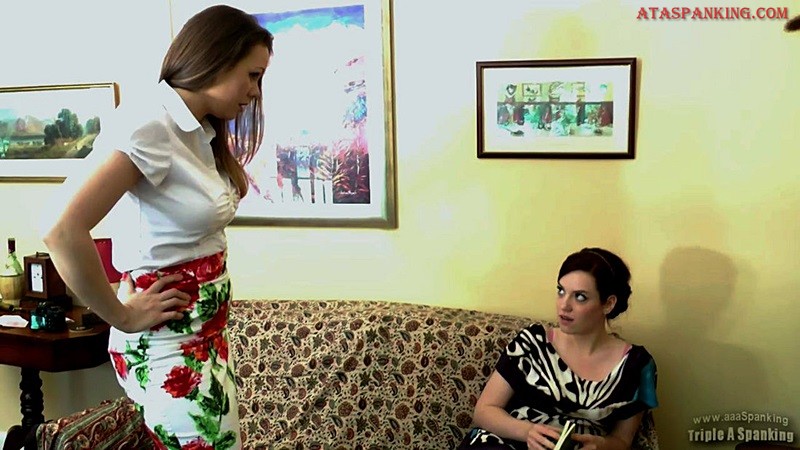 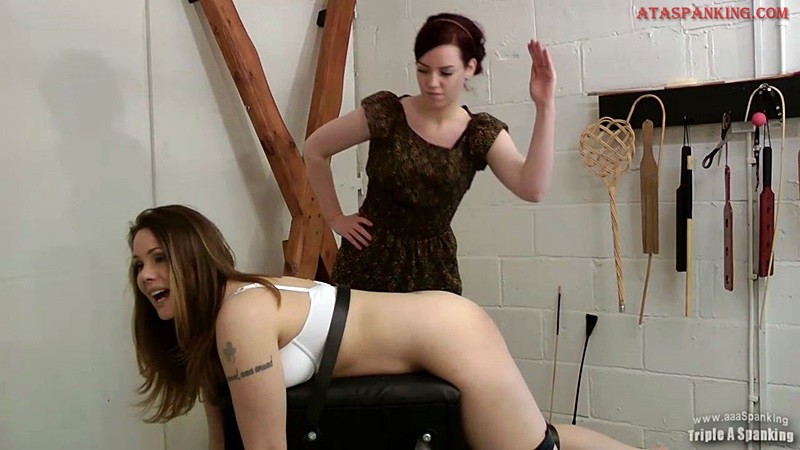 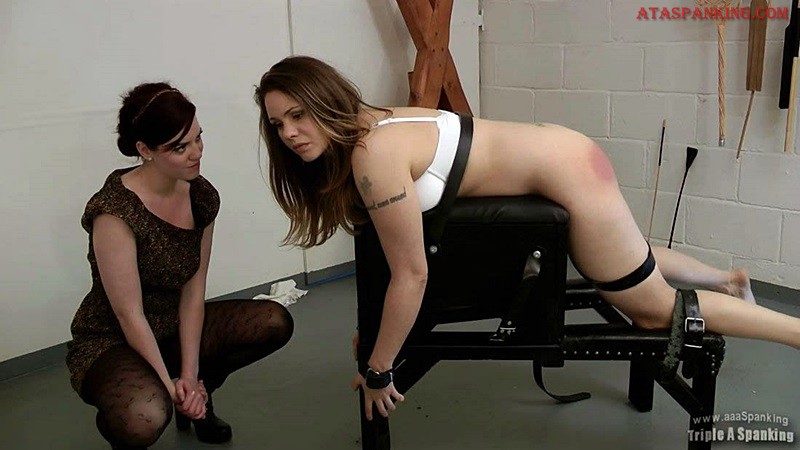 Aleesha found out that Zoe had been sleeping with her recent ex boyfriend & confronted her over this after everything she had discussed & shared intimately as girls do! Aleesha was angry & shook up a surprised & shocked Zoe… however, if Aleesha was to follow through on her threats at that time then she should have as nothing could be worse than a scheming, resentful Ms Page! As you will see, Zoe had planned their next encounter with military detail. After this initial encounter & heated spat, the film continues with what Zoe had concocted next! We find Aleesha, nearly naked & bound to a punishment bench. Witness vengeful Zoe Page at her most spiteful best as she delights in her sadistic punishment of Aleesha with many implements, including a ball gag to keep her victim subdued & of course her own hand for that extra special personal touch in this dark, revenge spanking film! 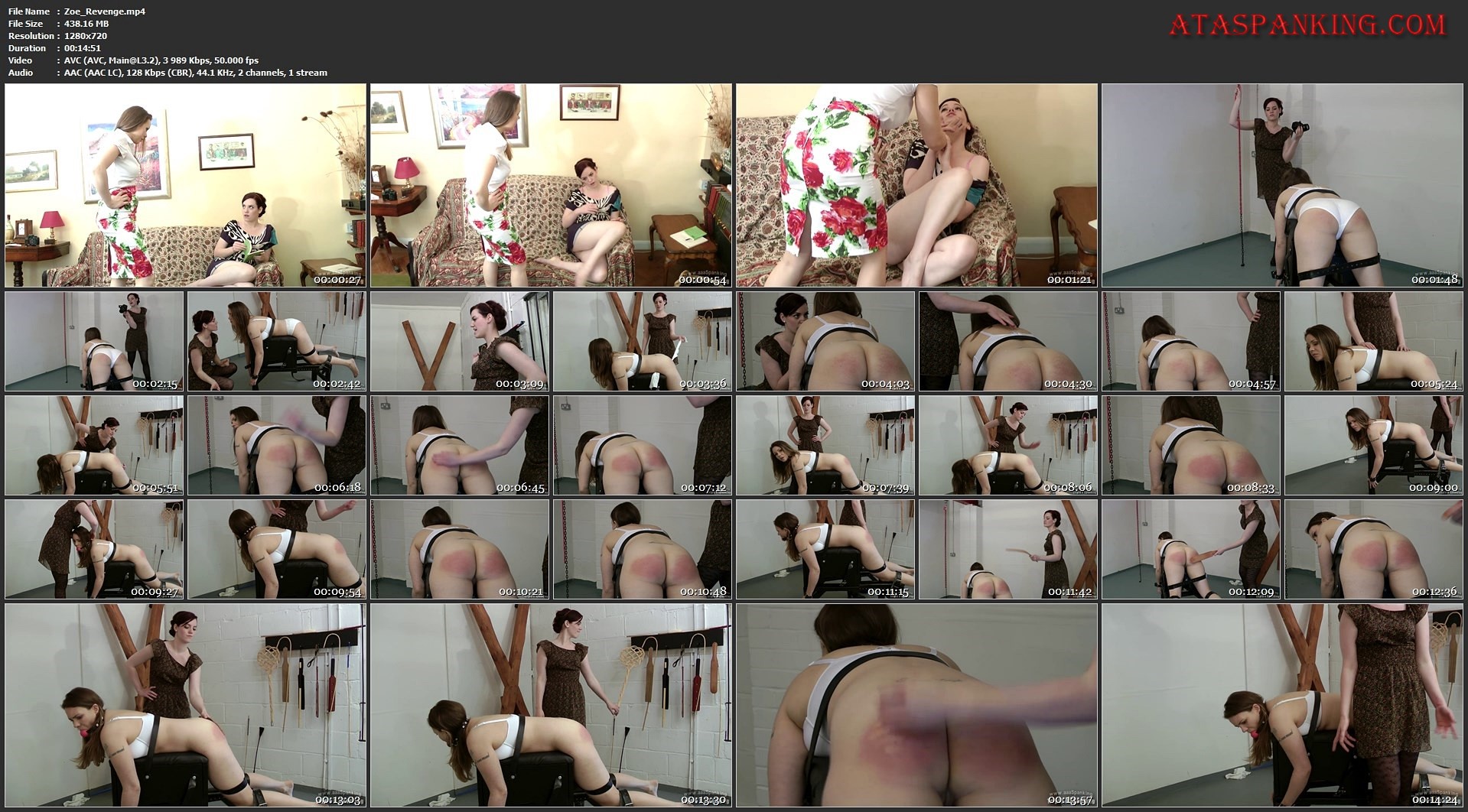