Another 24 for Amy – Aaaspanking (Triple A Spanking) 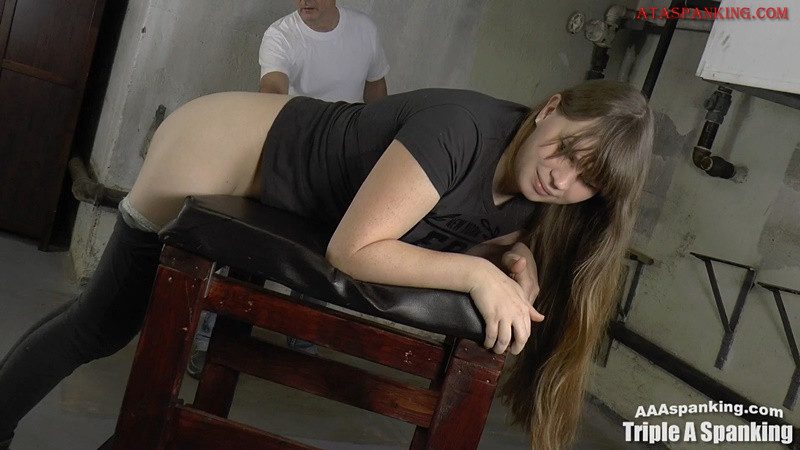 Amy Fox agrees to take another 24-stroke cold caning over the spanking bench with a never before used thick rattan Malaysian cane. This is not a judicial caning but the strokes given to her are as hard as if this were an actual punishment. The difference is that the first 4 strokes are not given on the bare bottom. The first 2 are given hard over her shorts then her tight leggings… this has the added effect of the anticipation of what was to come when she is told to remove her protective garments. You will see her pale bottom marked beautifully with this unique heavy implement… the first time we ever used such a heavy thick cane across her bare buttocks. This film gets straight to the point, no build up, very little dialogue… just plenty of action shots and the cute whimpering noises of Amy as she takes all 24 strokes without complaint. At the end, she checks her fresh cane marks bent over the bench… fans of Amy will know she can take quite a caning and proves once again she is one of the best!