As Tears Go By – Shadow Lane 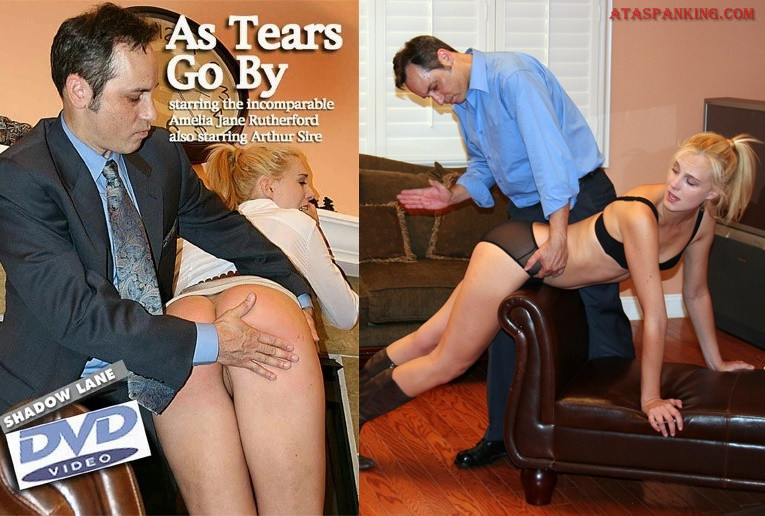 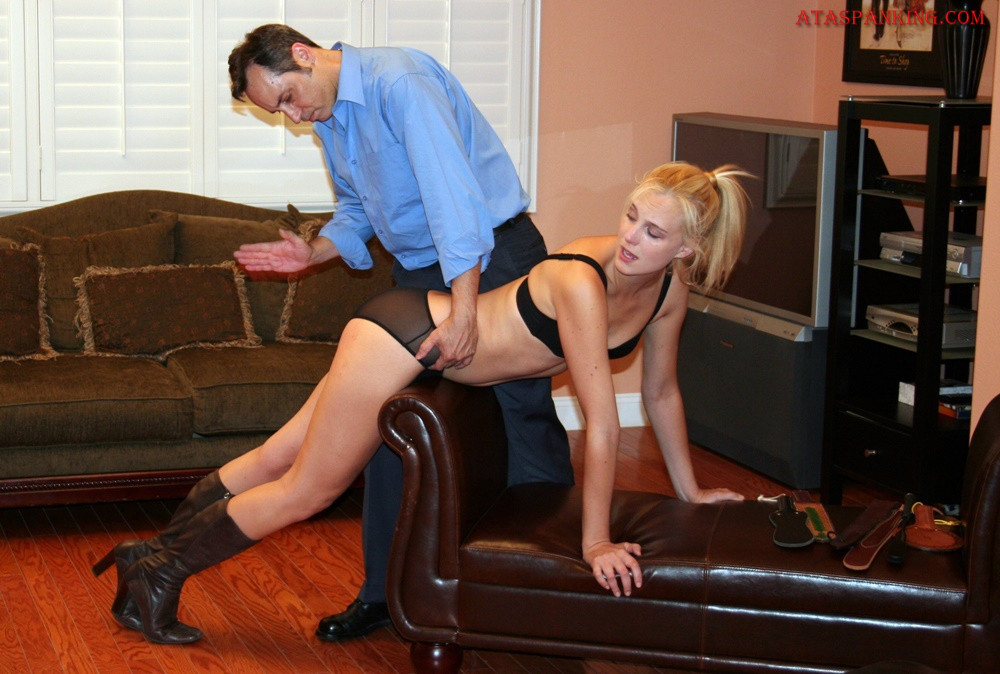 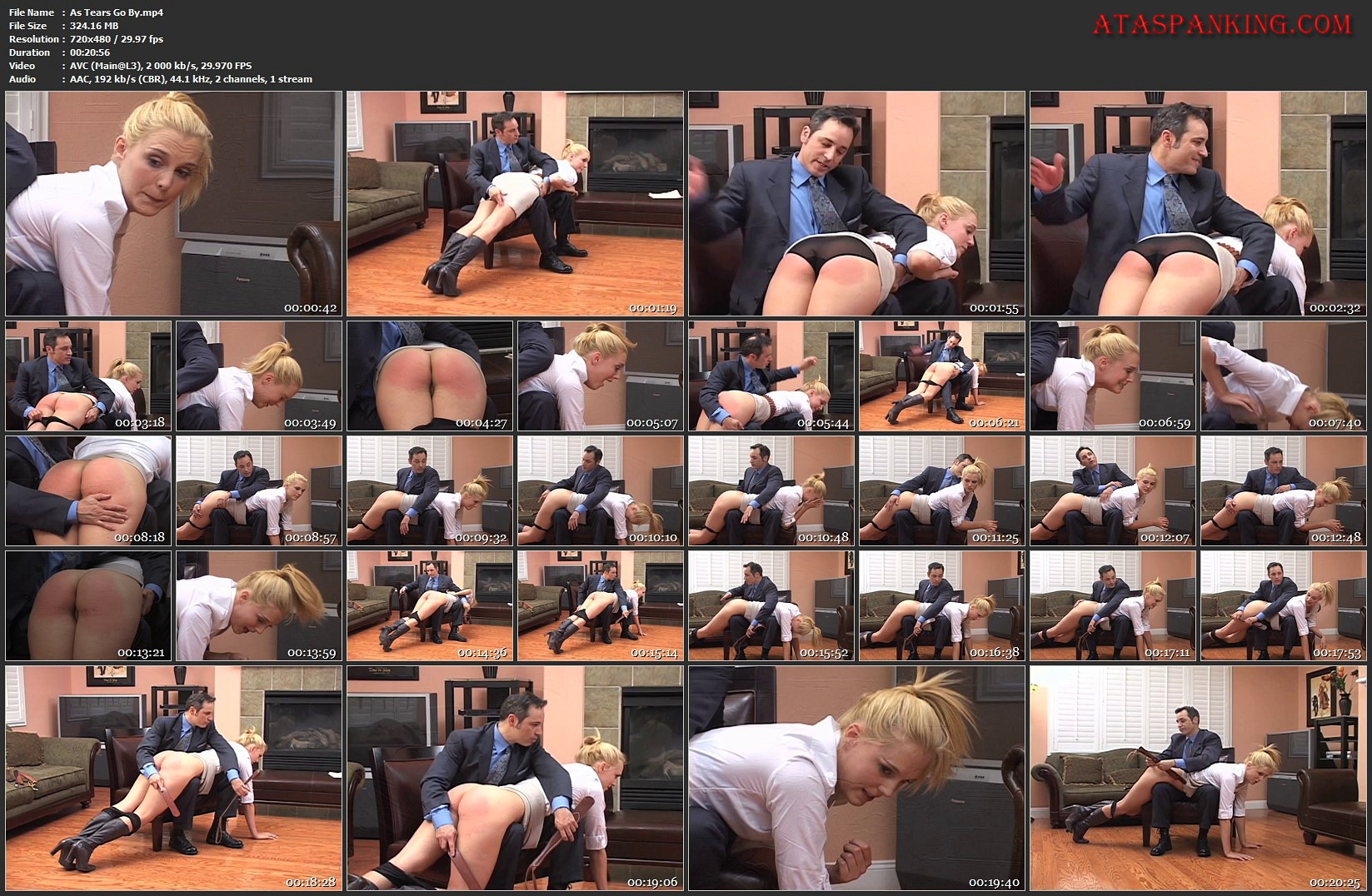 The new music instructress at Braemar Prep is in big trouble with the head master. After spanking 13 pupils in the first 3 weeks of term, one indignant parent has pulled his daughter out of school. Held accountable for her profligate use of spanking by Mr. Cameron (Arthur Sire), Miss St. Clair (Amelia Rutherford) protests that she thought it both permissible and customary to spank naughty students. Mr. Cameron chides her for her ignorance of Braemar Academy protocol, which requires parental permission before subjecting any pupil to corporal punishment.

Miss St. Clair is stunned, but willfully defends her compulsive spanking practices as fundamentally sound. Mr. Cameron doesn’t bother to disguise his anger at the arrogant British girl’s losing the school a student and risking its reputation, but proceeds at once to spank the leggy blonde until she cries real tears, not once but several times. First she goes over his knee in her lovely, crisp outfit and is spanked hard.

Then she is stripped to her seductive black lingerie and spanked again. Finally every stitch is removed from her lithe and graceful form and she is again spanked over the knee before being bent over for a strapping and leather paddling. The discipline just keeps coming for beautiful Miss St. Clair, until the teacher learns her lesson by heart! The chemistry between this handsome, determined man and haughty (but very charming girl) is superb in a strict discipline scenario with its own sophisticated spin. Amelia Jane Rutherford is the hottest thing to come out of the UK since the Victoria’s Secret catalog in As Tears Go By.