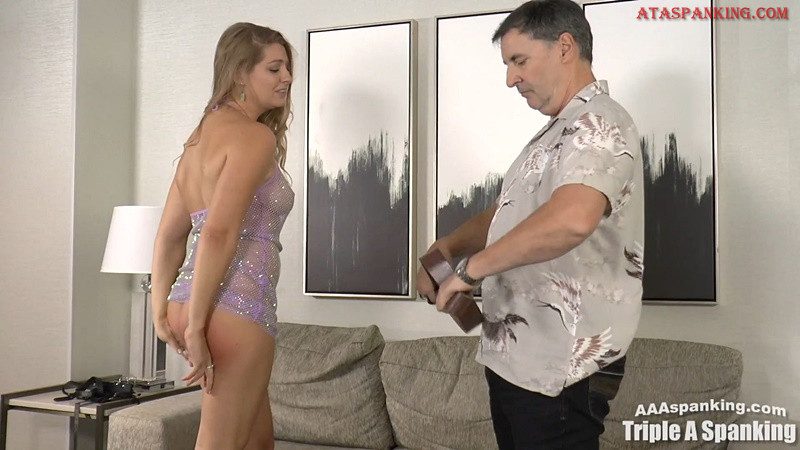 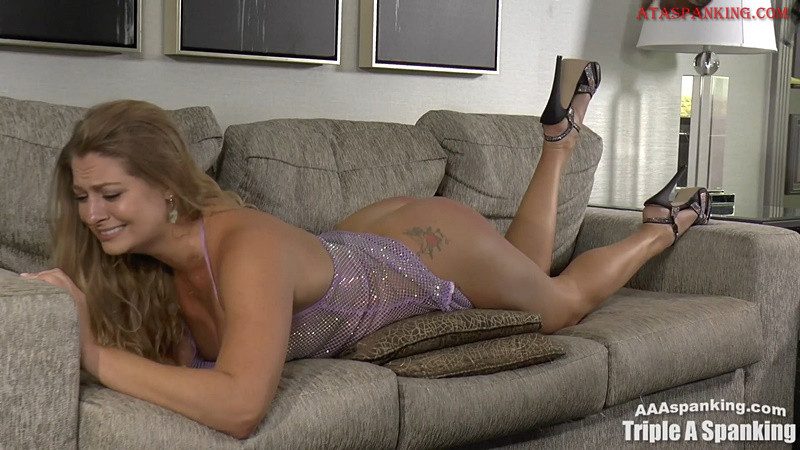 Veronica is in the care of step-uncle John who has looked out for her and treated her with nothing but respect. He has tried to give her space but this has backfired big time. Instead, she has seen this as a “green light” to behave in a boorish manner; staying out late, buying fetish garments, and wearing provocative flimsy clothing that barely conceals her voluptuous body. Now he has discovered she has been working as a stripper and so John confronts his niece reminding her of how she used to be disciplined in the past. Veronica’s eyes lower in shame and she pleads not to be punished in such a manner but he takes her over his lap for the start of a long hard spanking. She isn’t wearing panties so her bare, jiggling booty is spanked by his mean hand as she is scolded and lectured on her improper behavior. The punishment doesn’t end there as he is so disappointed with her that he unbuckles his heavy leather belt and has the naughty girl lay on the couch, presenting her bare bottom for this improvised implement of correction. This is a hard furious belting that has Veronica gasping in pain as her buttocks turn a shameful dark red. When it is over, she is left to contemplate her actions and process what has just happened, soothing and caressing her sore cheeks before being sent to bed.