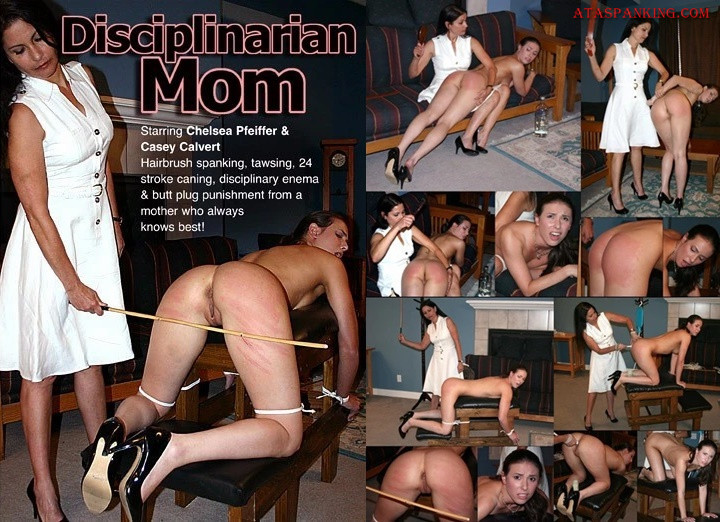 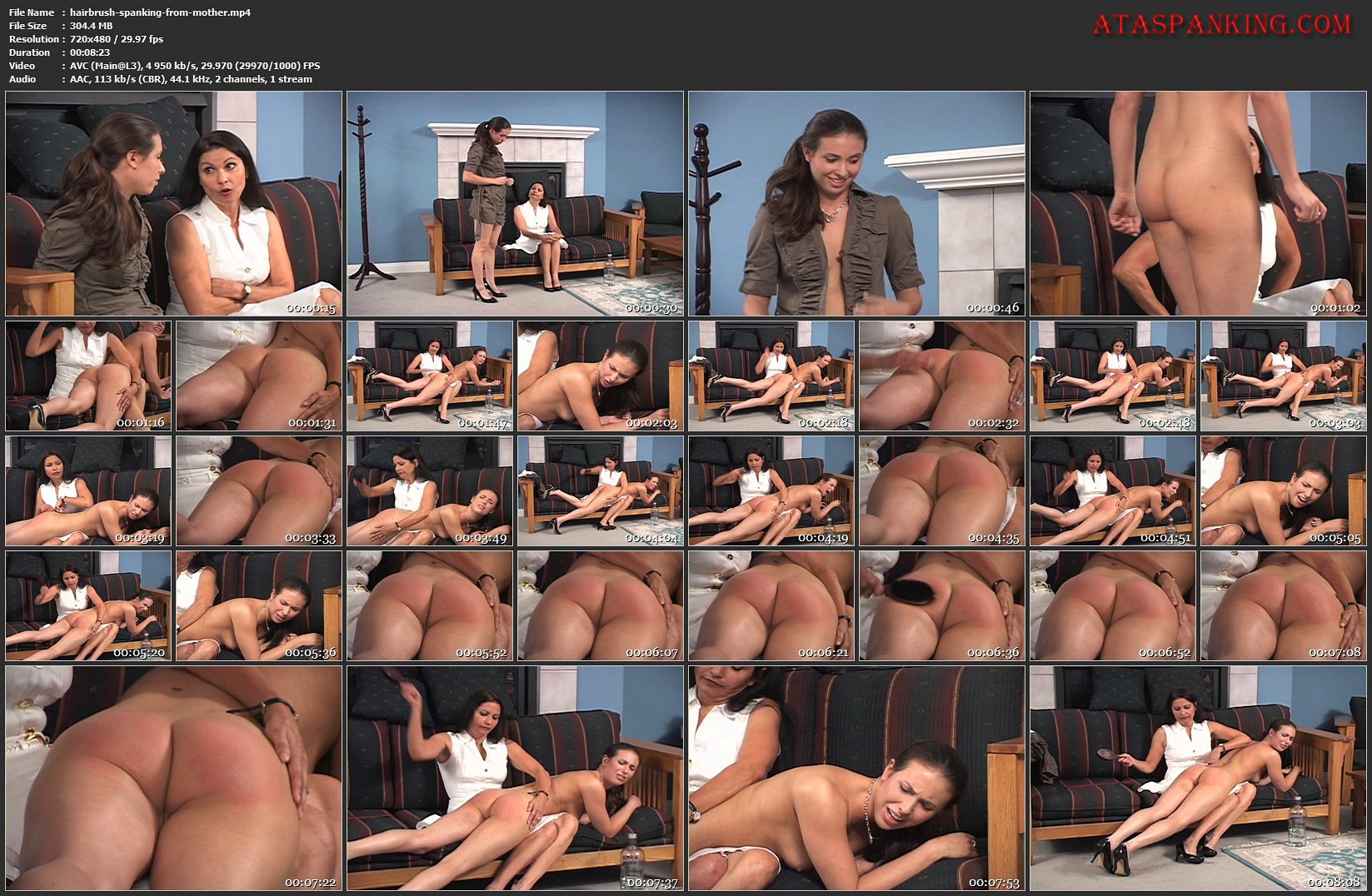 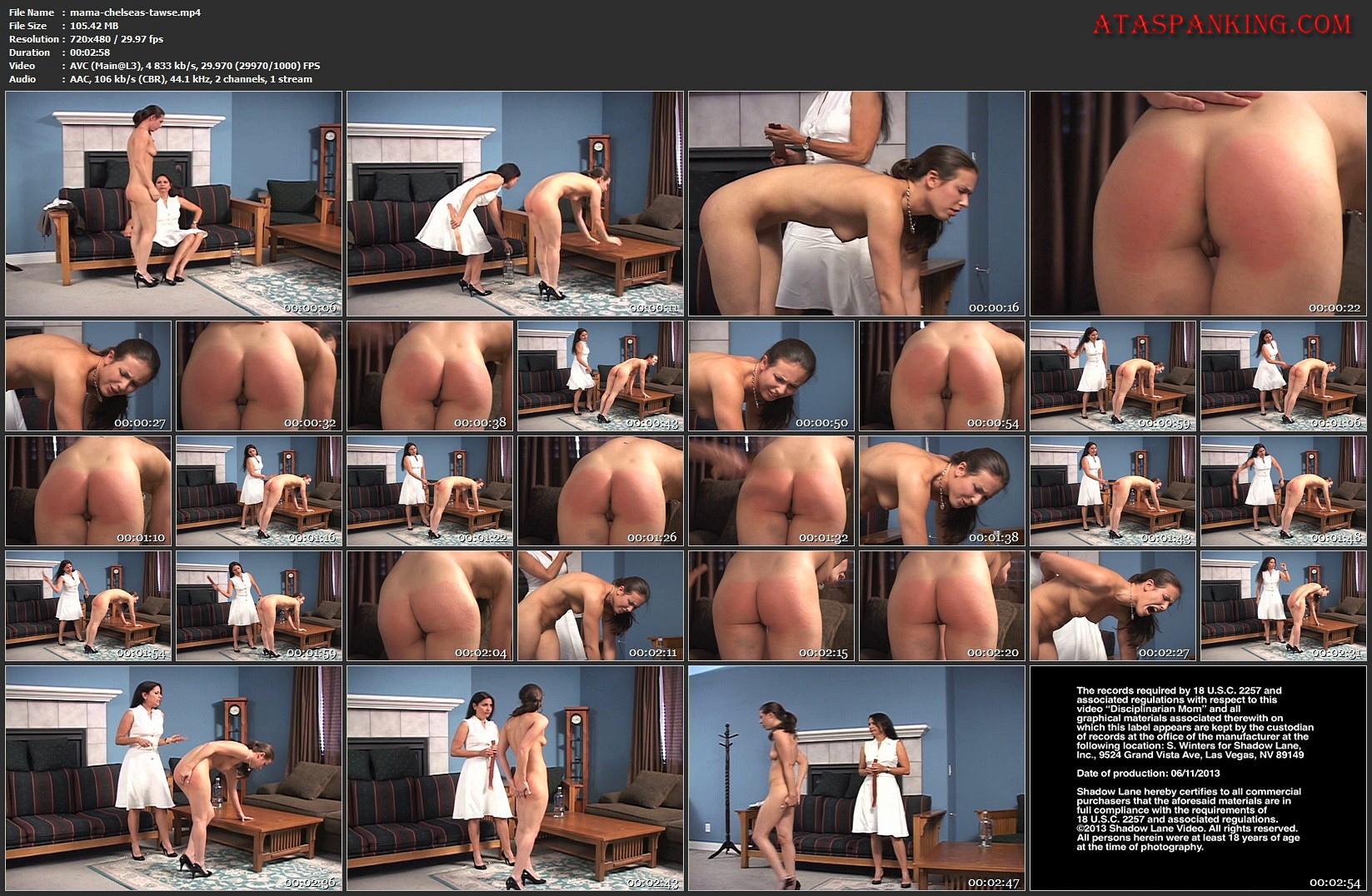 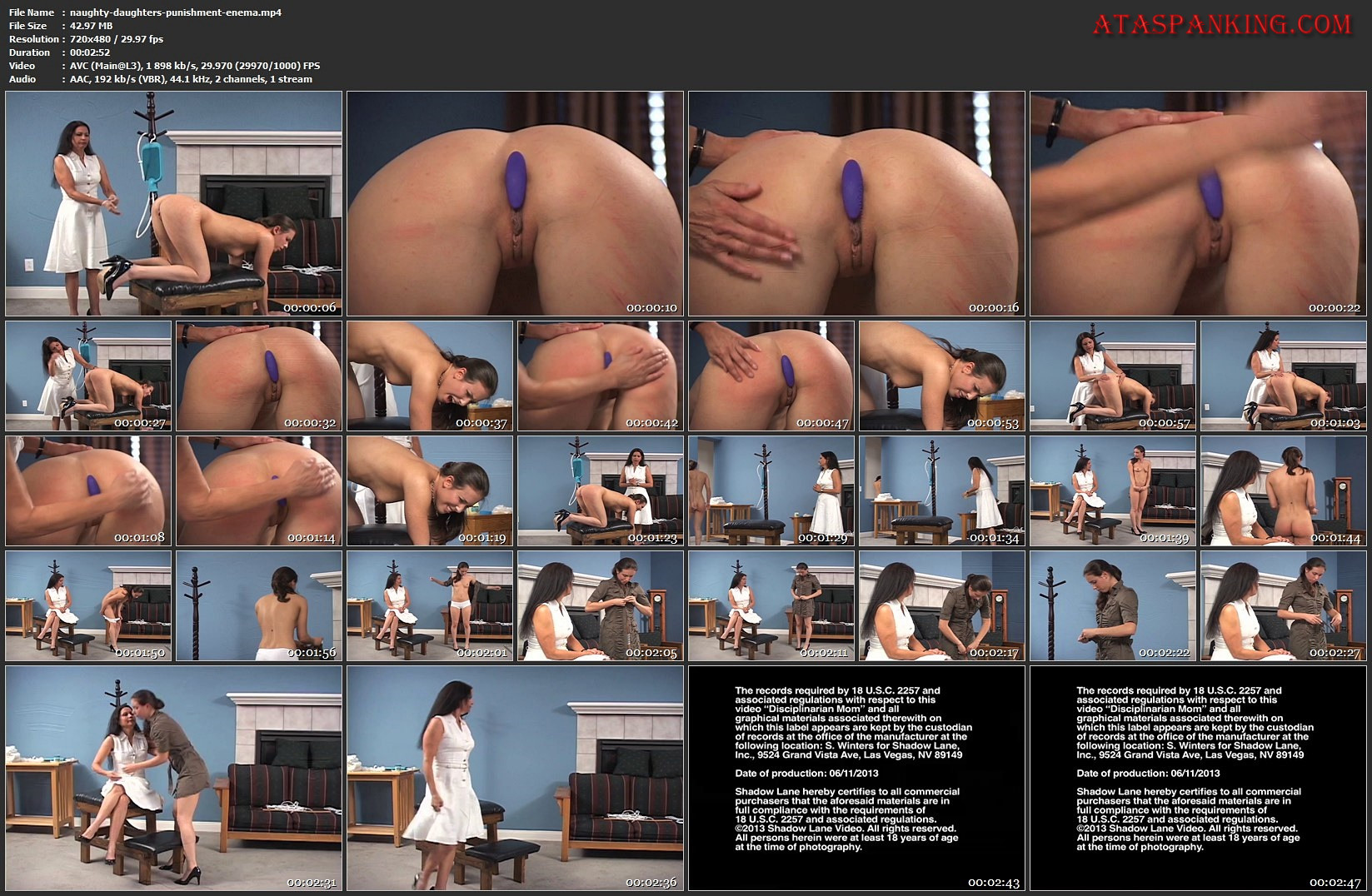 Lucy, a lovely but spoiled rotten, unemployed, live at-home daughter, stays out all night with her mother’s car and makes things even worse by casually strolling in the next morning toting a half empty vodka bottle. Mama Chelsea is furious and sternly reproaches Lucy for her disrespectful, dangerous and illegal behavior.

For driving under the influence alone Lucy has earned a severe hairbrush spanking, with the added humiliation of having to remove every stitch of clothing first. Chelsea takes the beautiful, pouty 23 year old brunette over the lap of her crisp, white dress and spanks that girl’s slim, oval cheeks first with her stinging hand and then with a solid wooden hairbrush. Lucy’s perfect bottom begins to hotly blush the moment the spanking begins but no amount of pleading or saying, “I’m sorry” will deter Lucy’s disciplinarian mom from administering a memorable over the knee correction to her recalcitrant offspring. Lucy’s punishment continues as her mother bends the nude, freshly spanked girl over and begins to lambaste her already rosy backside with a sharp, stingy tawse.

Not only was her mother worried about where her daughter was all night, but that morning, due to Lucy’s inconsiderate behavior, Chelsea was stranded without a car. So the mother proceeds to apply the classic Scottish punishment strap to her daughter”s bottom vigorously. Lucy’s slender, sculpted body is shown to advantage in this submissive posture, with her small but luscious bare breasts on display. Lucy knows she has broken the rules and whimpers through her strapping, while meekly and obediently absorbing every resounding swat.

Still not satisfied that her inconsiderate, hard drinking, scofflaw of a daughter has learned a proper lesson, Mama Chelsea drives her point home by tightly tying her daughter down across a leather bench (with Lucy’s slender thighs spread well apart and all her charms completely exposed), and delivering two dozen smart, measured strokes of a thick rattan cane across Lucy’s upturned backside. Each cane stroke explicitly is shown from the rear and then followed up by the immediate facial reaction. Chelsea is such an enthusiastic caner that the first cane she picks up breaks in five swats. But of course, she has another one and the caning immediately resumes. The caning is severe, but no more than a bad girl deserves for making her mom so mad. Lucy is so slender that some of the welts raised by the cane appear across her upper thighs. These will be an excellent reminder of her humiliating punishment when Lucy looks at her bottom in a mirror later on.

After a sound hand spanking, a hard hairbrush spanking, a stinging interlude with the tawse and a twenty-four stroke caning, Lucy must still face one final disciplinary ordeal at the hands of her strict mom. Because she came home half drunk after a night of carousing, Lucy is in for a classic detox, in the form of a warm water enema. Made to re-mount the punishment bench, Lucy is instructed to elevate her buttocks with her palms on the lower step. Mama Chelsea lubricates the long, white retention enema nozzle and inserts it deeply into Lucy’s anus then releases the clamp on the hose and begins the flow of liquid from the blue enema bag into the culprit’s bowels. Lucy is naturally ashamed at having her bottom probed and filled as discipline for her naughty, immature behavior but submits to all of her mother’s commands with complete docility. Once the entire bag has been infused into Lucy’s bottom, Mama Chelsea removes the nozzle and replaces it in Lucy’s rectum with a flanged anal retention plug.

Keeping Lucy in position, with her bottom tilted upwards and her tiny belly full of warm water, mother administers a final, stinging hand spanking to the thoroughly embarrassed and red bottomed girl before allowing her to run off to relieve herself. The last scene concludes with Lucy being allowed to dress and go about her domestic chores, a much chastened and fully cleansed brat.